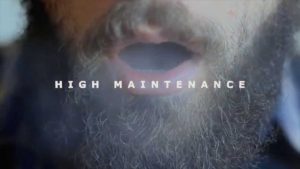 Have you heard? The business dealings of The Guy and the comic quests of Pete Holmes are not over yet. As of this writing, both HIGH MAINTENANCE and CRASHING are in the midst of their second seasons, respectively. But no matter how they end up in Season Two it’s all good because each will live to tell their tales again in Season Three.

You read that right. Both series have been renewed for a third season to arrive in 2019. Interestingly enough both of these guys seem to be on the same trajectory. What does the pot seller have in common with the vexed comedian? Let me clarify.

On HIGH MAINTENANCE we have a heads up on how the Season Two will end. Part of the description for the season finale states that – “The Guy (Ben Sinclair) says some goodbyes and attempts to make a few life changes.” Then look at what they are saying about CRASHING’s closer. It says – “The fierce competition brings uncomfortable truths to the surface, forcing Pete to examine his priorities in life.”

What? Here we go with mid-life crises or epiphanies or heavy regret? Sure, the third season of each show needs an angle and it looks like a shake-up for each of these fellas is the angle taken. But, is that all bad or is it an opportunity in disguise. I mean, won’t The Guy just practice what he preaches and light up and just let the introspection leave him? And Pete can just turn his agita and reflection into comedy gold, right?

Hold up, hold up we are just thinking way ahead. Like I said this won’t a play out until 2019. We do look forward, though into what will happen. Until then take in all that HIGH MAINTENANCE and CRASHING have to offer now!

HIGH MAINTENANCE is Friday nights at 11:00pm and CRASHING airs Sunday nights at 10:30pm or get to the streaming sites to get caught up. 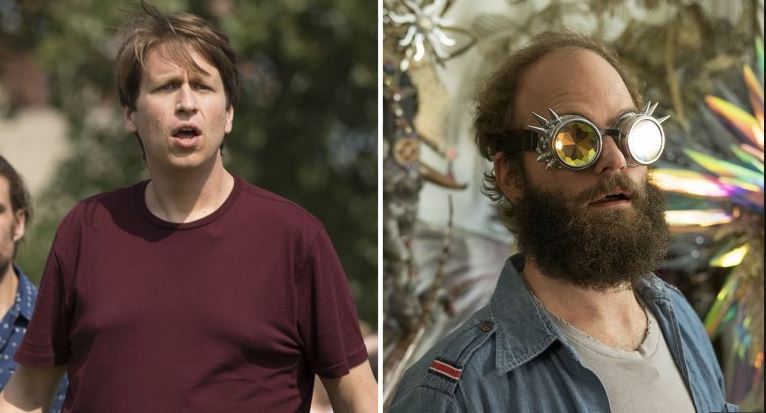