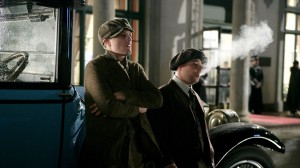 Another Guest Post from Hans today! Hans Ericsson never uses cheese cloth to filter out sediment in bootleg liquor. He’s too busy writing about travel and exploring the Maine wilderness.

Odds are that if you’re reading anything on this site, you’re at least familiar with  Boardwalk Empire. You may however, not be familiar with Downton Abbey, the critically acclaimed television show that airs on ITV in the UK and PBS in the US. Here’s a look at how incredibly similar these two shows are, and why they are successful in today’s market. This piece looks at events that occur in the first season of each show, and tries not to give away too many spoilers.

Historical Relevance
Both of these shows take place in the early 20th century, a time period that was monumentally influential in shaping the way that our world is today. The technological, medical, and social advancements that began to occur during that time are truly remarkable. When you think about where the world was then, it’s easy to begin to understand why the period is fascinating to so many viewers. 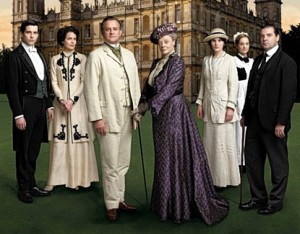 In the first season of Boardwalk Empire, we see things like the beginning of prohibition, the effects of polio, and the struggle of women and minorities. While the equality struggle still exists today, it’s unfathomable to imagine the idea of living in an America without booze, and for most people, not having polio is simply something most take for granted. Downton Abbey deals with similar issues; you see women fighting for their rights to work, disabled people being viewed as less valuable, as well as a plethora of other social inequalities that were simply common behavior in Georgian England.

While historical fiction is nothing new, I think that what sets these shows apart is the way that they address these issues. They are believable presented in a way that makes them authentic. The inclusion of real world events that have an impact on the way that the characters live their lives is another example of similarities between the shows. Boardwalk Empire sees the election of President Harding at the end of season one, while Downton Abbey experiences the sinking of the Titanic, and then the beginning of WWI in the first season’s finale. This kind of realism sells the show. It’s not just the major things that convey historical accuracy. You won’t see Nucky Thompson flying to Chicago on a private plane. Instead, you see a butler from Downton Abbey filtering sediment out of table wine with a cheesecloth and reel to reel film catching fire, just like it would have happened in real life. All these elements add to each shows credibility and believability. It’s genuine, the real deal.

We Got Your Back
Both of these shows feature characters that audiences love, who have to overcome adversity on a daily basis. Both of these characters are scarred physically, but mentally their souls bear heavy burdens in the way that they are perceived by a judgmental society. They each are war veterans, and both trying to make life work for themselves. Of course I’m talking about John Bates (Downton Abbey) and Richard Harrow (Boardwalk Empire). Interestingly enough, they are both connected rather closely to characters who are in control, yet they seem at odds with the rest of the world, mostly due to their physical appearance. Partly because of this, both characters are amazingly loyal to their rich pals. One may even wonder if the “injured-vets-will-be-employed-by-the-rich-if-they-are-loyal” theme is intentional or not, but it seems unlikely. 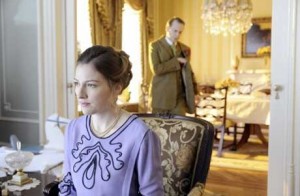 Timing is Everything
It’s notable that both of these shows debuted within a week of each other, in September of 2010. During that week, the world saw the beginning of the Arab Spring. In less than one year’s time from the debut of these shows, the US saw the rise of the Occupy Movement and a continued recession, while the UK saw riots in the streets and further economic instability from the European Union. These two shows, although drastically different in nature and location, feature the same kinds of problems that we are facing today. The average family in each show is experiencing difficult times with money, governments are corrupt, and the horrors of war are everywhere. We as viewers don’t shy away from this as you might expect. By having these shared experiences, we are able to relate to these characters in a way that we might not have been able to in say, 1995.

Both shows are top notch. You don’t need critical acclaim and recognition to see how high the production values are and how good the acting is. Expect the nominations and awards to keep on piling up for Boardwalk Empire and Downton Abbey for as long as they are on the air. Do yourself a favor and check out both of these shows if you haven’t already.