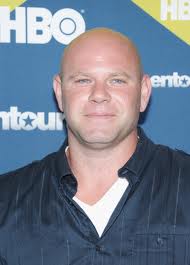 Actor Domenick Lombardozzi comes back to HBO in a big way. He has just been cast in a recurring role in Season Four of BOARDWALK EMPIRE as Ralph Capone. This is not a fabricated character for dramatic device either. Ralph Capone was the older brother of Al, played in the show by Stephen Graham, and was a gangster in his own right.

Ralph was placed in charge of the Chicago Outfit’s bottling plants during Prohibition. The Outfit was attempting to monopolize non-alcoholic beverages and soft drinks, like ginger ale and soda water which were commonly used in mixed drinks. Though successful in his business he was never a great as his younger brother as he only ranked as high as Public Enemy Number Three. HBOWatch is sure all these facts and more will come to light as the character’s story plays out this Fall.

Lombardozzi, himself, is no stranger to HBO. He appeared in two episodes of OZ in 2000, one episode of BORED TO DEATH in 2010 and was the character of Dom in ENTOURAGE for a few episodes and appeared as Police Detective Thomas “Herc” Hauk in THE WIRE.

We will keep our eyes peeled for more news from BOARDWALK EMIPRE as it trickles in. Season 4 is most definitely on. Expect it sometime this fall.