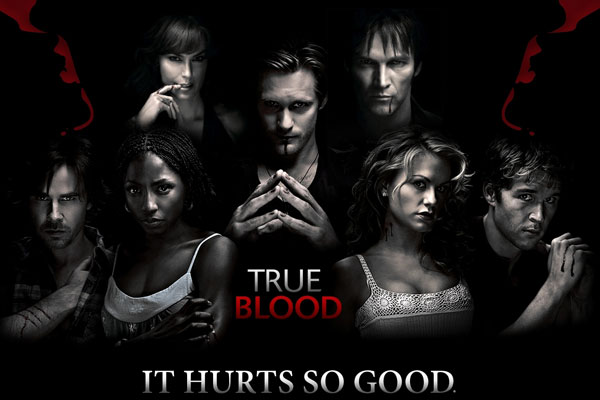 [box type=”warning”] WARNING: This article contains spoilers for Season 1 – Season 5 of True Blood. It also contains some controversial opinions about the much-beloved vampire franchise. Leave your comments and hate-mail below in the comments.[/box]

How could something so good go so terribly wrong? What used to be a campy, entertaining look into the lives and loves of the residents of Bon Temps has turned into a groan fest of epic proportions. Over the course of the it’s five season run, True Blood has gone from a show we couldn’t wait to watch, to the show we love to hate. There are some fans who insist that the series went south purely due to creator Alan Ball’s insistence on straying farther and farther from the plots of Charlaine Harris’s Southern Vampire novels. I would argue that there is more to it than that. In the world of book to television adaptation, it’s understood that some changes must be made to the plot lines in order to meet budgetary restrictions or to whittle a story down to fit into a forty five to sixty minute time slot. What we’re looking at with True Blood is not the fact that changes were made, but that there is little rhyme or reason to the changes. Most of them are just plain silly. We add to that the addition, or manipulation, of characters that, to put it bluntly, are just plain awful. Likeable characters become whiny, obnoxious and frustrating to watch. Original characters are silly at best, and practically unwatchable at worst. Too many storylines make the show seem scattered and unfocused. Let’s break it down by season and take a look at how Alan Ball and company did bad things with True Blood.

Season 1 rolled out strong as we were introduced to Sookie’s world. The cast of characters was made up of quirky humans and (mostly) sexy vamps, Sookie’s telepathy was an interesting twist and Bill Compton simply oozed Southern charm. Sex, drugs, murder and more sex completed a fairly well rounded first season. Even fans of the book series seemed to enjoy HBO’s adaptation of Charlaine Harris’s book series, despite the fact that Alan Ball had put his own spin onto the television series. Things were looking good, what could possibly go wrong?

As Season 2 began, fans of the show had high expectations. Perhaps this one is a slow starter, we thought. Maybe a slow buildup will result in a huge payoff. Sadly, fans received no return on investment for their patience and time. Instead we got a Maenad. For those familiar with Greek Mythology, the Maenad idea might sound intriguing. In reality, what True Blood gave us was meat sculptures and unattractive rednecks indulging in orgies. Maryann (Michelle Forbes) has the honor of heading off our list of ‘The Worst True Blood Characters (TWTBC) of All Time’.
We also met Lorena (Mariana Klaveno), Bill’s vampire maker. Bad writing and Klaveno’s overacting combine to land Lorena in the number two spot on the TWTBC list.

Bring on the Fellowship of the Sun, a Dallas based anti-vampire hate group run by the Reverend Steve Newlin (Michael McMillian) and his stepford-esque wife, Sarah (Anna Camp). The Newlins also run the Light of Day Leadership Conference, which trains new members of the congregation in both Bible study, and the eradication of vampires. Jason’s involvement with the Newlins was snooze worthy, but sadly, it was also probably the least offensive storyline of the season.

Several new storylines debuted in the third season, most of which were barely watchable. We were, however, blessed with the addition of Russell Edgington (Denis O’Hare), King of Mississippi, the first of two bright spots in Season 3. Edgington’s storyline is dismal, but O’Hare delivered his lines so well, we nearly forgot how badly written they were.

During this season Tara found a new love interest, the mysterious vampire Franklin Mott (James Frain). Franklin was quite possibly the most brilliantly entertaining character True Blood has ever seen, so of course we saw him killed off before the season is finished. Alan Ball, you are such a tease!

Bill went missing, Sookie was frantic and nobody really cared, not even those of us watching the show. I can’t help but wonder, if Bill had never been found, the show might possibly be in a better place today.
Lafayette finds love in Season 3, and it just so happens that his new beau, Jesus (Kevin Alejandro) somehow awakens Lala’s ability to communicate with spirits. What are the odds of that?

The much anticipated arrival of werewolves, specifically, Alcide Herveaux (Joe Manganiello), fell flat when the weres turned out to have no redeeming qualities whatsoever.

If we thought that Season 3 was rough, Season 4 brought the show to an all-time low. Truly, everything in this season was so bad, that it’s difficult to narrow it down to the season’s biggest mistakes.

Sookie learned about her fairy family ties, taking a long vacation to fairyland and coming back with a moderately better handle on her super powers. The fairies were portrayed as obnoxious, bordering on ridiculous. Ball didn’t even have the courtesy to cast the faeries as attractive enough to distract us from their pathetic plot.

Eric Northman had a run in with a local coven of witches, resulting in the complete loss of his memory. Book fans who’d been looking forward to seeing Mr. Northman return to his Viking mindset were disappointed to find his character had become flat and boring. Eric seemed to not only lose his memory, but his manhood as well, spending much of the season hiding in Sookie’s closet. My intention isn’t to compare the books to the HBO series here, but that storyline came from one of the most popular books in the series and HBO really dropped the ball there.

Jesus, a Brujo, or Mexican Shaman, senses Lafayette’s spiritual potential and encourages the reluctant medium to become involved with the Bon Temps witches coven. Marnie (Fiona Shaw), the coven’s leader, was perhaps the worst joke that Alan Ball and friends have ever played on the fans of the series. The casting of Fiona Shaw, an accomplished Irish actress with an impressive repertoire, raised our hopes high. Instead of raising the bar, however, Shaw sank to the depths, skyrocketing Marnie to top the Worst True Blood Characters of All time. Possessions abounded as both Lafayette and Marnie became the hosts to vengeful spirits. Ah Lala, how we used to love you! How sad it was to find ourselves cringing with every flutter of your lovely lashes!

Jason’s storyline also hit rock bottom in Season 4. Kidnapped by Crystal’s family he divides his time between being locked in a freezer and tied to a bed, used for breeding with the werepanther females. This, my friends, was the season that I nearly stopped watching True Blood.

After having invested so much time in True Blood, I decided to give it one more go. This show, I thought, could not possibly be any worse. Turns out I was wrong.
Sookie and Lafayette begin the season dealing with the aftermath of the deaths of Tara and Debbie Pelt. Regrettably, before we even had a chance to begin to celebrate Tara’s departure from the series, Pam showed up and turned her into a vampire. The collective groan from the watchers of True Blood was heard round the world.
Jason and Andy Bellefleur stumbled upon the fairie’s secret burlesque discotheque. Andy also finds himself involved with the fairie, Maurella (Kristina Anapau), leading up to Andy being forced to help deliver her quintuplet babies, which she then leaves behind in his care. The birthing scene was about as silly as it gets. This scene was so foolish, I actually felt insulted as a viewer. The truly sad part about this is that the fairies could have been a really interesting diversion, if they’d only been able to leave the cheese behind and show them as clever and dangerous, a force to be reckoned with.

Terry Bellefleur and the Smoke Monster. Moving on …

The Vampire Authority story line was another train wreck. Rather than showing the Authority as a force to be reckoned with, instead they come across as a group of bumbling fools. Russell Edgington returns, but unfortunately, even Denis O’Hare can’t save us from the misery of this season. Russell takes over the Authority, persuading the lesser members to drink the blood of Lilith, who was, according to vampire lore, the first vampire. Lilith’s blood causes them to get high and during their trip, Lilith herself appears to them, materializing out of a puddle of blood, B-movie style, naked and covered in blood. Bill comes to believe that Lilith wants him to lead the vamps of the world, so we finish the season with Bill double crossing everyone, drinking the remainder of the Lilith blood and dying the true death. Bill then also rose, reborn, from a puddle of blood. This was our season finale and I, personally, was thankful to see Season 5 come to a close.

I’ve barely scratched the surface here; there are simply too many bad moments to list. Looking back over the series, it’s clear to see that the bad writing, weak plot elements have gotten worse as the seasons have progressed. It makes one wonder if the writing team is even showing up for work anymore. Is there a possibility that Season 6 might be able to redeem this dying series?

Call me optimistic, but now that Alan Ball has stepped aside and taken a lesser role, I believe that there could be a glimmer of hope for the citizens of Bon Temps. Tone down the cheese factor, cut back on the minor characters pointless storylines and bring the focus back to the core characters. I’d love nothing more than to see the show come full circle and return to the sexy, campy fun of Season 1. We can only wait and wish and hope, and in the meantime, we can continue to love to hate the True Blood.