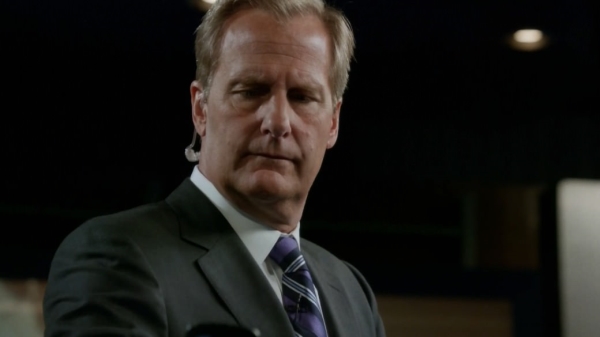 ‘The Newsroom’ switched things up this past Sunday (8/11), delivering a well contained episode that was shot in relative real time. ‘News Night with Will McAvoy’ doesn’t jump from location to location and doesn’t obsess over a single story, we stick to one location, the ACN Newsroom, and receive a combination of main plot conflict and relevant character building moments. Sorkin’s target is pretty clear this episode – destroy the people who strive for fame by standing on the necks of famous people. Sloan’s exposed nude photos, a Rutgers student who’s looking to ‘come out’ to his parents on national television, tweets from a disgruntled reporter, misinterpreted stories and a bizarre prank phone call. Needless to say, every character walked away from last nights episode with a bitter taste in their mouth.

Sloan is trending number one on Twitter due to a series of leaked nude pics she had taken one drunken night with some lucky asshole. Devastated, humiliated and ashamed, Sloan hides away in Don’s office to try and piece together the situation. In the midst of all this, Don is trying to rid himself of his own problems after a mock story of his makes its way to the internet without any legitimate sources. The two spend their screen time in a mutual state of regret and fear – apathy is a pretty effective way of bringing two characters together. In the end, the two help solve one another’s problems. Sloan gives some helpful advice to discredit Don’s story, afterward Don has Sloan’s back after she kicks the ‘revenge porn’ prick in the nuts and delivers a crushing right hook to his face.

Maggie and Jim are both back in New York and haven’t skipped a beat when it comes to being blatantly awkward. Maggie tears into Jim over the handling of the Romney interview and takes further action by mocking Hallie’s delusional coverage on women’s rights. It’s been a few months since Maggie’s return from Africa, but the alcohol on her breath suggests that she hasn’t returned at all. After fumbling the George Zimmerman 911 call, it’s clear that Maggie’s disintegrating social life is seeping into the newsroom. Be that as it may, I like Maggie more when she’s drunk. 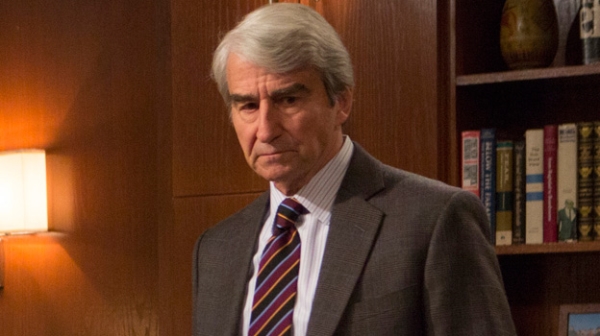 Any lingering doubts in Charlie’s mind surrounding Genoa have all but withered away. After a well written, tension building discussion with one of his informants, Charlie is handed a crumbled inventory log. After due diligence, Charlie confides in Mac that Genoa is real – the U.S. dropped sarin gas to extract a captured Marine before being sold for a public beheading. Is it all worth it in the end?

When she’s not advising Will during commercial break, Mac is salvaging the rest of the broadcast. Her dejection of Neal is beginning to surface, something I’ve been expecting since he first pitched the OWS story. Next came the very strange prank call, something I thought the episode could have easily done without (especially after that horribly cheesy one liner to end the call). But Mac’ shining moment comes after declining the Rutgers student his famous ‘coming out’ party. She’s sick of people reaching for fame at the cost of someone else’s integrity. She leaves the student with a final warning – his grandiose plan could have very easily gotten him killed.

Will McAvoy is forced to deal with an onslaught of vicious tweets from a begrudged reporter, mishandled stories and a surprise call from his father, all from his news desk during a live show. He learns that his father has been hospitalized due to a mild heart attack – a disturbing notion, but not enough to merit an immediate call back, not after all he’d put Will’s family through as an abusive alcoholic. Despite Mac’s persistence, Will holds off the call for as long as he can. At the end of the episode, Will learns that his father has passed during a commercial break. When cameras go live, he freezes. The silence was more gut churning than his words but the episode climax was still able to deliver that emotional punch. Well done, Mr. Sorkin.

Well, lets just get it out there – Maggie and Jim are back. That should be enough for most of the audience to shake their heads in disappointment. Though perhaps there is a silver lining in this annoying office… romance? friendship? I don’t even know what to call it. Now that Jim has found a new love interest and Maggie is getting wasted on the reg, perhaps we’ll see a little more flare come out of this duo other than painfully awkward side jests.

Once again, I didn’t really see the purpose of the prank phone call. I’m sure it’s something that happens in the media all the time and Sorkin wanted to draw on that but in the end it was just a space filler, a melodramatic space filler. It’s not like it doomed the episode, but it certainly didn’t help – I guess thats my point.

One of the biggest disappointments in this episode was Sloan. I thought the first scene played out extremely well. She was quiet, sullen and straightforward, but I wish Olivia Munn would have taken her character a step forward emotionally as the episode went on. Her watery eyes were the only distinguishable flash of grief I could see, God knows she didn’t get any help from her monotonous tone or corny dialogue, but c’mon – show a little passion. You’ve just been humiliated by someone you trust, your career and credibility are in jeopardy – tell me something about your character, not some stupid animal story. The climactic kick in the balls was awesome though, can’t get upset about that. 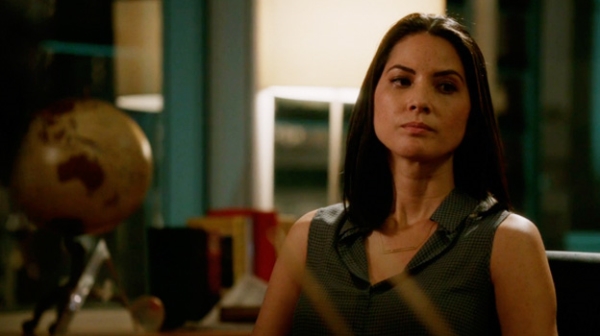 Neal played a quiet role in this episode but still managed to leave an impact. His frustration is beginning to boil over, probably the first of many mutinies that will begin to sprout across the newsroom. I’m looking forward to see where Neal’s character goes in the second half of the season. Ambition in the newsroom hardly ever goes unpunished.

Mac has been one of the highlights throughout the entire season in my opinion. It’s obvious she still cares about Will, but she’s not so blatant and ditzy about it as she was last season. She’s a boss – she’s scolding her employees, tracking down stories, she’s behaving the way an EP ought to behave. I’m liking this new Mac far more than I did last season.

Anything involving Genoa and I’m all ears. I can’t get enough of this story. Charlie has been skeptical of the story the moment it came across his desk, but now the evidence is piling up and it’s almost impossible to ignore. I love how Sorkin keeps the main plot rolling in an episode designed to strengthen and deepen our relationship with the characters.

As always, Will McAvoy delivers. He tries to cover his concern for his father’s health by focusing on the twitter attacks, a defense that shatters in the last minute of the episode. Will’s silence and the pain in his face was one of the greatest emotional moments of the season out of a character who’s been so heavily praised for his quick wit and sharp tongue. Great way to close the episode. 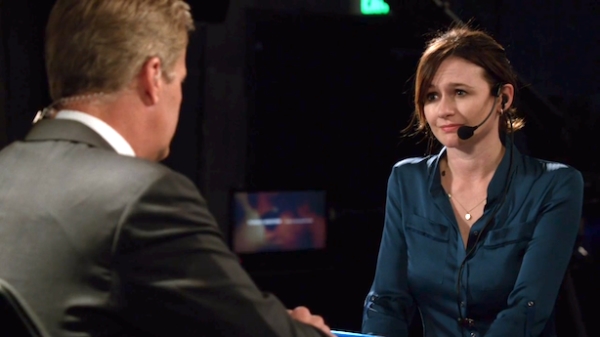 All in all, ‘News Night with Will McAvoy’ was an excellent change of pace. I’m looking forward to see how the repercussions from this episode play out through the second half of the season. Are you? Tune in the ‘The Newsroom’ next Sunday (8/18) at 10pm.

Here’s a preview for the next episode: