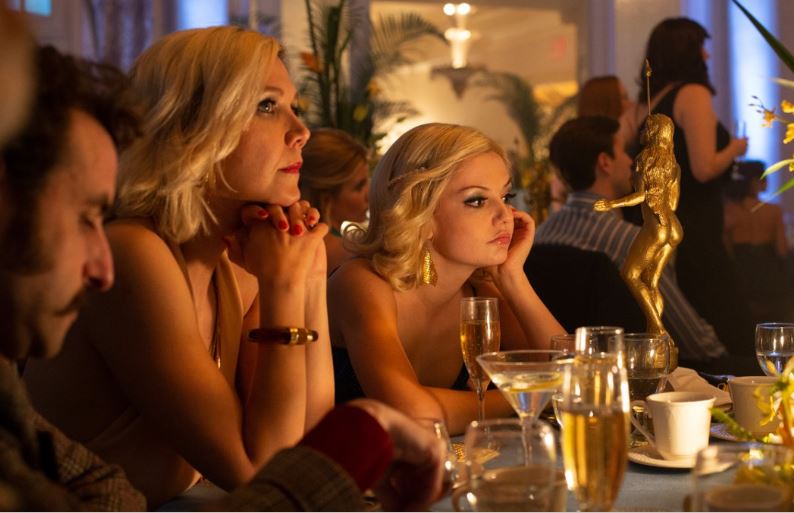 Even though the women of The Deuce continue to make some progress, they are still at the whim and mercy of the men who control the businesses, and therefore, the money and privilege. Another fast-paced episode though, that shows not only their trials but the continuation of the exploration of how politics, cash businesses and law enforcement aren’t always the friendliest of bedfellows.

Mayor Koch’s office continues to send political aides to try and smooth things over, in an attempt to clean up corruption and filth but the police force just isn’t buying it. There’s no rapport between the two camps and Detective Alston thinks it’s all just a big waste of time. He’s not exactly off the mark. The mayor’s office sets up the task force with the idea that they will set up a location along the Deuce and will be able to liaise with the police officers about the comings and goings on in the neighborhood. As if the cops want to associate with anyone from the mayor’s office. As if them coming into the neighborhood to try and clean things up is going to take place overnight. Boy, these politicians are in for a big surprise. 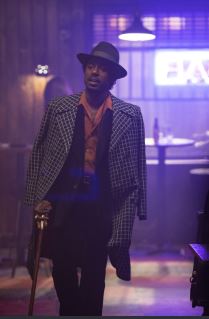 Candy, Lori and Harvey fly out west to sunny California for an adult entertainment awards ceremony. The fantastic thing is that Lori tastes freedom for the first time, away from the abusive clutches of CC. Candy and Harvey are excited to meet and mingle with producers, casting agents and investors. However, even though Harvey wins an award, as does Lori, Candy still cannot break the glass ceiling when it comes to being taken seriously. After an exchange with a producer, she meets with an investor to pitch her ideas for adult movies that have a fairy tale theme. Clearly, she’s done some research and has ideas, potential scripts in development but she is rudely reminded that without money, she has no power. She’s given an offer from an investor – one that she clearly chafes against – but as a woman in a male-dominated realm, she has no choice but to give in, in order to secure the much-needed funding to get her movie off the ground. Although I clenched my teeth, I understand what drives Candy. As if anyone was going to help her out without any ulterior motive in mind. A woman has to do what she needs to do. No judgment there.

Larry and Darlene continue to get shortchanged on set – even though the 1970s is all about disco, drugs, sex and alcohol, these two find themselves the odd people out. During a very brusque encounter with the director, they are told that adult movies do not fare well when black men are involved with white women. Racism rears its’ ugly head and makes Darlene angry and Larry seethe with frustration. Not only do they work for less pay, but now Larry won’t be doing any work on camera. Larry, for his part, is trying to add a different skill set to his repertoire, while Darlene wants to be recognized as an equal on set, equal pay for equal time. Makes you wonder if these two are going to break out on their own or maybe seek out assistance from Candy. You never know.

Vincent continues to have trouble with his brother – to the point where Rudy comes calling. Frankie’s got to go – hauling money away from the businesses; gambling and reckless spending 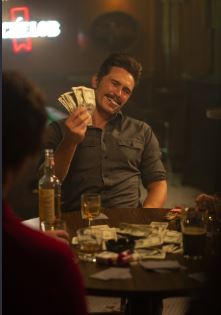 and not putting in his fair share of working behind the bar or in the massage parlor or the peep show parlor, he’s bad for business and worse for the books. As if Vincent needs any more aggravation in his life. Abbey, for her part, continues to support Ashley. This is going to blow up soon and it’s going to affect Vincent, the Hi-Hat, the support outreach group Ashley’s running and the pimps who are still on the prowl. I got a rather grim feeling when CC had his encounter with Ashley and Abbey at the end of the episode. Ashley, for her part, stood her ground – although you could see how stressed out and scared she was while having to be in close proximity to her former abuser/pimp. I’m glad she got the help she needed to get out of that life but I’m afraid that something very bad is going to happen. Because CC is losing control over Lori, he has a ton of misplaced rage and you just know it’s going to be directed at someone who, in CC’s warped mind, has ‘wronged him.’

The mob bosses of New York have a meeting about territory and business practices. Rudy is chomping at the bit over his territory being threatened by rival boss known as The Horse. The Horse is attempting to ramp up business in the massage parlor area – underage girls being used and prices being lower – first off, it’s disgusting exploitation and second, it’s a spiteful action on the part of The Horse. He’s trying to pull some muscle and intimidate Rudy. Rudy isn’t impressed. Between the police corruption, taking cash cuts from the local bars and strip joints and the mob bosses fighting amongst themselves, it’s a wonder that nobody has been shot, kidnapped or stabbed. Oh wait – spoke too soon. A mysterious fire is set to the newest massage parlor. 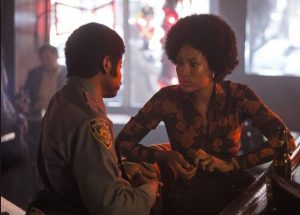 Paul tries his best to get his own piece of real estate, in the hopes of opening up a classier, upscale establishment where the clientele is more geared towards the homosexual nightlife, but on a more expensive and tasteful level. However, once you’ve gone to the mob for financial arrangements, it’s extremely difficult to get out without any sort of repercussion. Rudy isn’t happy about what Paul wants to do, even with Vincent trying to act as a go-between, however, Rudy isn’t exactly thrilled about Frankie and his spending habits, either.

The ending of the episode was perfect – just the way CC was told to get lost out of the Hi-Hat and how Ashley described him as a ‘nobody.’ That’s what the pimps are quickly becoming – outdated and obsolete. And for women like Lori and Ashley, there’s power to be able to get out of something that’s not good for you. Lori is learning her worth and talent and Ashley is learning how to help other women get out of a dangerous and predatory lifestyle. And when you see women helping other women to become empowered and take charge of their own lives, that’s a beautiful sight to see.

Next week is “What Big Ideas” in which Ashley (Jamie Neumann) and Abby (Margarita Levieva) resolve to track down the identity of a 16-year-old sex worker killed in a recent fire. Vincent (James Franco) is shaken after witnessing the brutal side of Rudy’s (Michael Rispoli) operation. Frustrated by the progress on her new film, Candy (Maggie Gyllenhaal) recruits new faces to help with the production. Frankie (James Franco) finds his dry-cleaning business a less-than-perfect fit. Larry Brown (Gbenga Akinnagbe) shows off his improvisational skills. Lori (Emily Meade) looks to forge a deal with Kiki (Alysia Reiner) while keeping C.C. (Gary Carr) in the loop. Written by Anya Epstein; directed by Uta Briesewit.</span