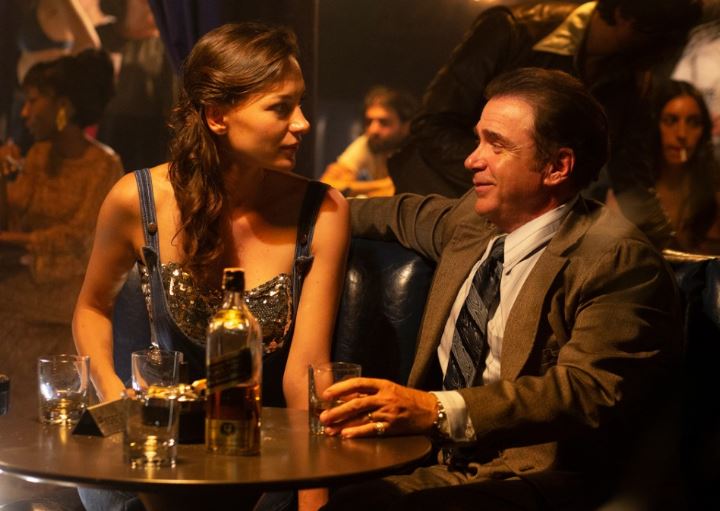 So, there’s some blatant misogyny in this episode and it made me grit my teeth. Starting from Candy’s meeting with mob bosses for potential financing; to Darlene’s decision to have an abortion; to the social justice work that Ashley and Abby are trying to do and the way a former police officer treats his wife, while out on a date.

Oh and remember how Vincent has been pining to leave the mob’s clutches and be his own independent businessman? Remember what I said about making a deal with the devil? Well, Tommy and Rudy aren’t going to budge on their agreement, so basically Vincent is screwed. He’s in bed with the mob, whether he likes it or not, for the rest of his remaining days. Taking off to Vermont to some idyllic setting and working a bar where the college kids spend plenty of money isn’t going to change the fact that he’s over his head back in New York. 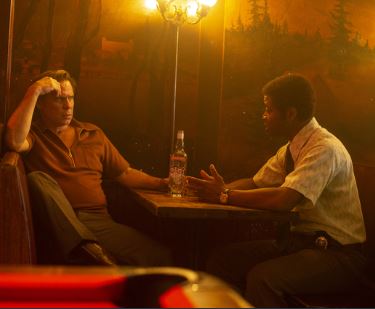 Detective Alston is put in a tough position: former partner Flanagan killed the prostitute in a fit of rage and can’t quite bring himself into the precinct to confess the crime. Flanagan’s been hitting the bottle hard; professing his love for Anita and yet, while on a double date with Alston and his girlfriend, Flanagan manages to browbeat and humiliate his wife, treating her like garbage because it’s okay to treat someone like crap. How utterly romantic. Anita’s bloated, dead body is found the next day and Alston recognizes the watch on her wrist (a gift from Flanagan’s wife to her husband). Flanagan knows that when a police officer commits a hard crime, there are two choices to go with: go to jail and former officers don’t fend well behind bars or off yourself. He chooses the latter. Alston and his superior try their best to keep the intimate details of the suicide under wraps.

Darlene finds out she’s pregnant and she’s not about to deal with this type of set back; she immediately decides to get an abortion. She’s on a good path now; higher education, getting paid to help Larry with his movie lines and a little more money coming now means she won’t have to turn to prostitution to get by. A baby does not fit into her plans at the moment.

Candy and Harvey have a meeting with mob bosses, because as we all know, in the movie industry, you need to have additional investors in order to put money into advertising, posters, movie meet and greets, back up potential future projects and attract the attention of future investors. The way Harvey talks to Candy – ‘be nice, behave yourself’ – the body language on Candy was heavy with tension. She’s a grown woman and made a movie, facing every possible set back and challenge and she persevered through. To add insult to injury, they speak to Harvey and talk about Candy as if she’s invisible, even though she’s sitting a few feet away from these jackasses. Unfortunately, it’s a game that has to be played out – let these idiots think they have all the power because God forbid a woman with balls and brains shows that she’s capable of her own decisions. She’s got to acquiesce to their demands; it’s an extremely bitter pill to swallow.

Lori has the potential for a movie deal and her agent is ready to go represent her: just one fly in the ointment – get rid of CC. Lori’s got to find the courage to sever ties once and for all from that abusive piece of offal. He’s dragging her down. Potential stardom hangs just out of reach – she’d better make a step in the right direction.

Shae goes back to a life of prostitution, much to the dismay of Irene. It’s like Shae had mentioned a few episodes earlier: what kind of job could she get? She’s a prostitute. And her former pimp, Rodney, is only too glad to welcome her back, once again under his thumb and she’s completely powerless. It’s a heartbreaking decision and you can clearly see how upset Irene is. Irene knows that Shae will return back to drugs and that just ends her further down the deep, dark well of abuse & addiction. The cycle will continue and will most likely end with Shae’s death. It’s a very bleak glimpse into the life of a prostitute who was also a drug addict: despair, depression, using drugs to escape a life of abuse and the reset cycle all over. 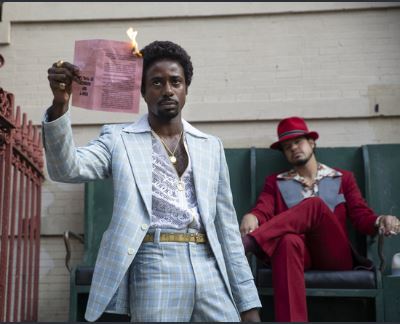 Ashley and Abby continue to meet further resistance from the pimps – it’s a difficult job to try and clean up the streets of the Deuce and get rid of the abusive pimps while trying to make the community understand that ultimately, it’s the prostitutes that are the ones who are victims. People in the community don’t want pimps or prostitutes anywhere near them. The pimps could care less for the work that Ashley, Abby and Dave want to try to open up a dialogue, offer an olive branch and try to get everyone on the same team, in order to prevent further women from falling prey to a life of prostitution. CC’s reaction is inflammatory and he wants nothing to do with any of the social justice work. We all knew he wasn’t going to go off quietly into the night; given his abusive, controlling nature.

The end of the episode showcases a mob drive-by hit: Rudy, Tommy and Vincent go for a ride to get dinner at some restaurant. As they’re leaving, a car begins to follow them and you can’t quite see who’s in it. As the trio are about to get out of the vehicle, shots ring out and the men quickly duck out of harm’s way. Rudy and Tommy are no strangers to this type of violence, with being in the mob and all, sometimes these sorts of retaliatory events occur. Vincent, on the other hand, is shaken. Most of the shots were aimed at him. So, somewhere along the way, Vincent made an enemy. But who? What’s their beef? Was this hit meant for Frankie? Could this drive by been a message from Rudy and Tommy’s rivals, The Horse?