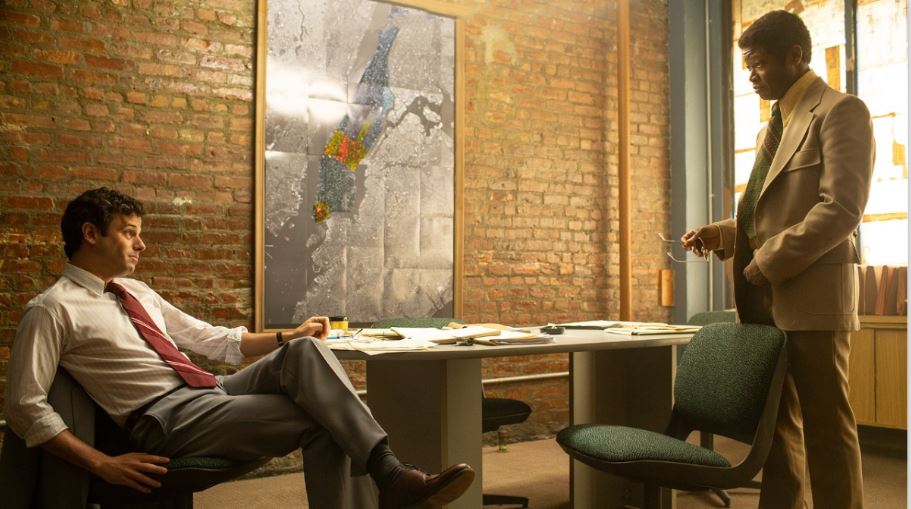 Larry – who clearly feels that acting could be the change he’s been waiting for – is watching a movie in the opening scene. He’s watching the actors, how they speak; their tone of voice; their gestures and the gravity of the dialogue. He’s so taken with the movie that once he’s walking the streets, you hear him practicing the lines over and over again, in order to sound compelling.

Lori continues to suffer abuse from CC. He’s losing control over her and takes it out on her. Lori is bruised and battered. She feels like she can’t do anything, seek help from anyone or tries to be independent of CC because he owns her. It’s a sad day when a woman, who has a burgeoning career as an adult entertainment actress, who no longer has to work the streets and who won an award – cannot feel safe in her own skin because she is powerless, has no money and no plan B to turn to. Candy, for her part, also endured repeated shaming and abuse when she was a prostitute. They both have risen from those days but Candy recognizes that Lori needs help and needs to get the hell away from CC and presents her with a job offer.

And to add insult to injury, Ashley has the backbone to confront CC while out with Abby and Dave, doing their community outreach work. CC is crude and offensive but Ashley shuts him down, stating that she’s a new woman and her purpose is to bury pimps like him. Stone cold. Ashley walks away with a smirk on her face. The police force is going to raid the parlors – this time it’s not going to be leaked. Detective Alston knows that many of the cops are shady; he tells Goldman that he’ll head up a proper raid and that he can accompany the police and call in some press. Bobby gets busted and ends up on the television, much to the chagrin of his wife and brother-in-law. Although, his wife doesn’t complain and turns a blind eye when the bills are paid, food is on the table and little extra perks are provided. 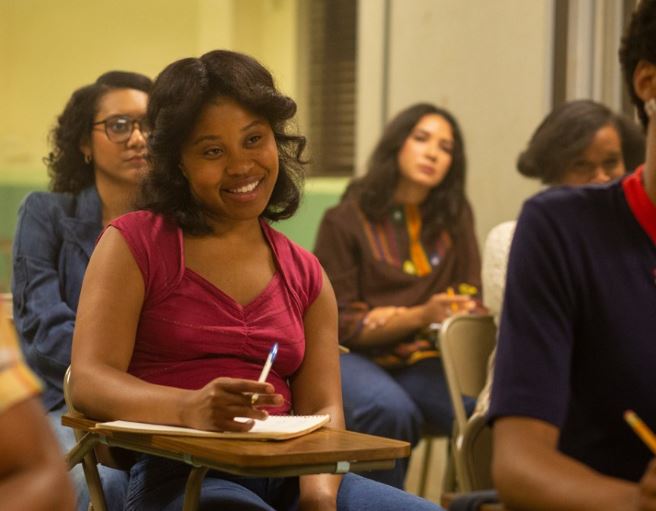 You can just feel the tension that many of our ladies of the Deuce are feeling this episode. Darlene, for her part, is attending night school college courses (good for her) and she catches the eye of a fellow student. Now, while she’s on the path to education and acquiring new skills, she still has to resort to prostitution once in a while. However, we see a new, bolder Darlene take charge when a client asks to watch her on TV while they have sexual relations. Well, if the business is the bottom line, Darlene pointedly states that it will cost him double. Nice to see Darlene takes some authority when it comes to taking care of business.

Candy is looking to secure financers for her new film and makes Vincent an offer about coming on as a producer but really, it’s Frankie who’s got the money at the moment. And you see Frankie shoot his mouth off to his fiancée about giving her a part in Candy’s movie (insert facepalm or eye roll here). Even in discussions with the agent, Kiki, Candy understands that the actors have to be good but that the script has to be even better. She’s got a working script and no permits because the city denied her. Harvey more or less says, “I told you so” but Candy isn’t down just yet. She’s going to get the financing, shoot the movie where she wants and get a proper script – and she actually brings Jocelyn on board for it. I am really hoping and praying that Candy really succeeds with her film – it will give her credibility and establish her as a film director.

Vincent and Abby continue to fight about the Hi-Hat, the social causes she’s trying to promote and of course, Bobby. Bobby is just one spoke on the wheel – there are the pimps; the mob; the corrupt cops; the shady politicians who take bribes and everyone else in between who’s just trying to carve out a living and stay on the beaten track without experiencing bodily harm. Abby can get upset all she wants at Bobby and fight all she wants with Vincent, but the fact remains that if it weren’t for Vincent’s connections (yes, mob-related), she wouldn’t be able to promote her social justice causes and help all the prostitutes and massage parlor ladies get better access to health care and birth control. Vincent’s bar, partnerships with certain mob members and club provides him with money. Money that Abby depends on, in order to secure services for the women she wants to help out. Shea is out of rehab and just doesn’t want to return back to a life of drudgery and prostitution. Do you blame her? She ends up rooming with Irene, who wants Shea to escape from a life of codependency with Rodney. She just looks weary; even though Irene says 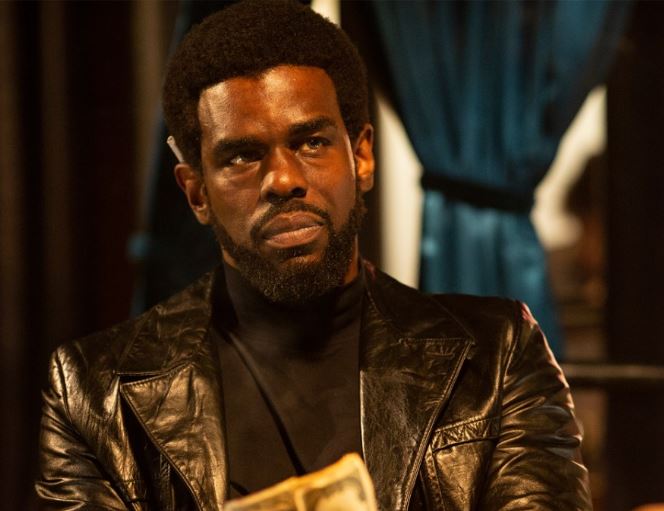 she could try to find another job, the look on her face is one of disbelief. When you’re a prostitute, what other job options do you really have? Paul continues to struggle with finances and when he’ll be able to open his establishment. He decides to blow off some steam by leaving the construction and his boyfriend behind and go to some seedy club where the music is loud, the strangers are random hook-ups and the place is dark. This is not good; I’m thinking about the fact that the AIDS scare will slowly start to rear its’ ugly head and that Paul will end up sick or dead. Big Mike and Black Frankie hit up a gaming house in the Bronx to get some quick cash – and they ask permission from Rudy and Tommy, just to make sure they aren’t robbing anyone from the mob. Their heist is successful – mainly because they have the getaway car there, because there was a lot of cash up for grabs and because Big Mike was sleeping with one of the ladies from that gaming house (who conveniently provided the date and the guns for the heist to go off without a hitch). Back at Vincent’s club, they all count the money and everyone seems happy, except Vincent. He’s in over his head with Abby, Bobby and trying to be a legit businessman but also needing the mob muscle and money to help him succeed.

Candy is shown at the end of the episode – flush with anticipation – and ready to direct “Red Hot.” Let’s hope this lady can succeed!