“Do you remember…dancin’ in September…never was a cloudy day!” Or so sang Earth, Wind & Fire in 1977. Their song “September” also serves as the soundtrack to the newly released trailer for THE DEUCE Season Two.

An HBO press release states – Chronicling the rise of pornography and the multibillion-dollar industry’s transformation of American culture, the critically acclaimed drama series THE DEUCE, created by George Pelecanos and David Simon, returns for its nine-episode second season SUNDAY, SEPTEMBER 09 (9:00-10:00pm). Resuming five years after the culmination of the first season, THE DEUCE returns to the world of 1977, capturing the Times Square area of midtown New York at its most garish and volatile. 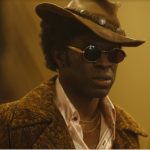 suddenly a credible reality, and the culture of pornography and its blatant commodification of sex is finding increasing traction among more and more Americans. 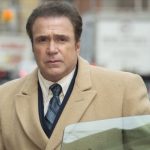 around the clock. “This is the moment when it genuinely seemed for the first time that hardcore pornography was going to become mainstreamed into American culture and pysche,” says David Simon. “And in a very real sense that would happen to a profound degree, though not in the ways that our protagonists once imagined.” 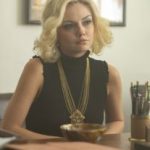 The returning cast also includes: Gary Carr (Downton Abbey) as C.C. and Gbenga Akinnagbe (THE WIRE) as Larry Brown, both Eighth Avenue pimps coping with the changing realities of the sex trade; Margarita Levieva (Revenge) as Abigail “Abby” Parker, who brings her artistic and political sensibilities to the Hi-Hat bar while navigating life with Vincent; Dominique Fishback (HBO’s SHOW ME A HERO) as Darlene and Emily Meade (HBO’s THE LEFTOVERS) as Lori, prostitutes who gain a measure of independence as their film careers rise; Lawrence Gilliard, Jr. (THE WIRE) as NYPD detective Chris Alston; Chris Bauer (HBO’s THE WIRE and TRUE BLOOD) as massage parlor manager and Martino brother-in-law Bobby Dwyer; Michael Rispoli (HBO’s The Sopranos) as Mafia capo Rudy Pipilo; and Chris Coy 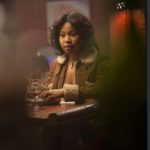 So, remember September, specifically Sunday night the 9th when the denizens of THE DEUCE come back to life on the HBO screen. HBOWatch will be there.