Production for TRUE BLOOD Season Six is moving along as further casting for the season is taking shape. Two talented ladies were recently added.

Jurnee Smollett  (pictured at right) will play a character named Nicole Wright. She is quoted as being “not concerned with money and more concerned with the common good and doing what’s right.”  Amelia Rose Blaire will play Willa Burrell, daughter of the Governor of Louisiana. She is said to “have long clashes with her father over vampire rights.” 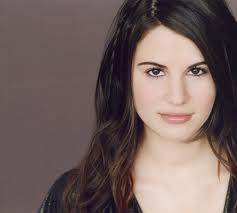 ays been an underlying thread in the TRUE BLOOD story. It is more than just about which vampire rules which jurisdiction but about equality. Will the mainstream citizenry ever feel comfortable with the undead about? Should they hold the same rights as everyone else? It seems that the new characters listed here will force us to look at that issue when TRUE BLOOD continues this June.

Smollett, of Friday Night Lights fame and Blaire, from 90210, (pictured at left)  join Rutger Hauer, Robert Patrick and Robert Kazinsky in the upcoming season about the wild and wacky denizens of Bon Temps. And keep close to HBOWatch as we track down all the news about TRUE BLOOD. Is your blood boiling with excitement yet?