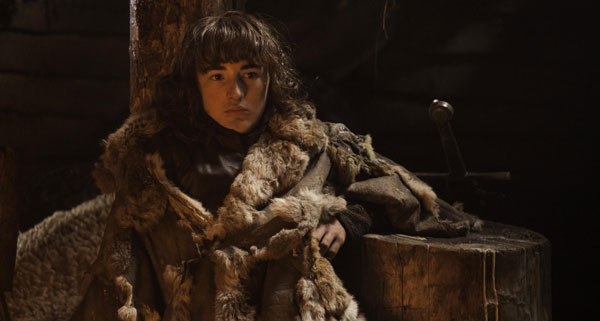 UPDATE:  We want to remind viewers that, with an encore presentation of the finale airing immediately after the initial viewing, Last Week with John Oliver will air at 11:30PM instead of its normal 11PM time slot.

We’d also like to report on how the show runners have said they feel about this finale.  Speaking with ET writers/producers David Benioff and Dan Weiss said:

“It’s the best finale we’ve ever done, bar none.  The performances from our cast, the direction from Alex Graves, the VFX work, the new [music] cues from Ramin Djawadi—all of it came together in perhaps the finest hour we’ve produced. We’re immensely proud of ‘The Children.’ And a little intimidated by the episode, because now we have to get back to the business of season five and figure out a way to top it.”

Wow.  To be clear Game of Thrones seasons 5 AND  6 have been confirmed already so nothing to worry about there. Will you be part of the estimated 20 million viewers of the finale this weekend?  Be there. Here’s the trailer:

Following the tradition of the previous Game of Thrones season finales this fourth installment will be longer than your average episode. In fact the season four finale will clock in at 66 glorious minutes according to HBO’s official schedule making it the longest episode of Game of Thrones ever.  Some episodes have been as short as 51 minutes so that means you’ll be getting almost a full 15 minutes more than usual.  So remember to check your DVRs to be sure everything is in place that day (June 15th).

Oh, and we can also share with you the title of that episode as well:

Any book readers out there have an idea or two about what this might refer to?  Here are the rest of the episodes from this season too:

There isn’t an episode synopsis just yet for the finale but we do have a few of May’s episodes to share if you’re interested:

Tyrion enlists an unlikely ally. Daario (Michiel Huisman) entreats Dany to allow him to do what he does best. Jon’s warnings about the Wall’s vulnerability fall on deaf ears. Brienne (Gwendoline Christie) follows a new lead on the road with Pod (Daniel Portman).

There you have it!  We’ll keep bringing you nuggets of gold like this as we make our way through the season.