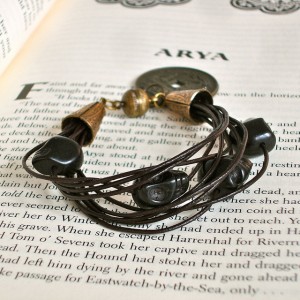 It seems like only yesterday we were awaiting the first ever footage of Game of Thrones season 2.  The months have flown by thanks in part to the amazing work done on HBO’s hit fantasy series.  Last night’s episode, Blackwater was the climax of the season while next week’s episode will try to wrap some things up ahead of the long winter waiting for season 3 to drop next April.  Lucky, the final episode, which is titled “Valar Morghulis” and will actually run an extra ten minutes longer than usual clocking in at 64 minutes! (episodes are normally 54-55 minutes in length)  Check out the official HBO schedule to confirm for yourself.

Some of you may have noticed the 10:10PM scheduling of the next episode of Veep and the 10:40 slot for Girls on June 3rd. The reason is that Game of Thrones episode 20 simply cannot be contained by a mere 54 minutes! Most DVRs will pick this up and record with the extra time but for your own sanity please do not forget to either watch live or record ten extra minutes on Sunday night!

Here’s the trailer for the thrilling conclusion of Game of Thrones season 2:

All men must die and alas… all shows must go off the air for a bit.  We’ll be covering all the season 3 casting news as it happens. We hope you’ve enjoyed the first twenty episodes of this amazing series and here’s to 100 more!  HBO will be replaying all of Season 2 On Demand, HBO Go and on the day of the season finale so there are plenty of opportunities to catch up and join us on June 3rd.