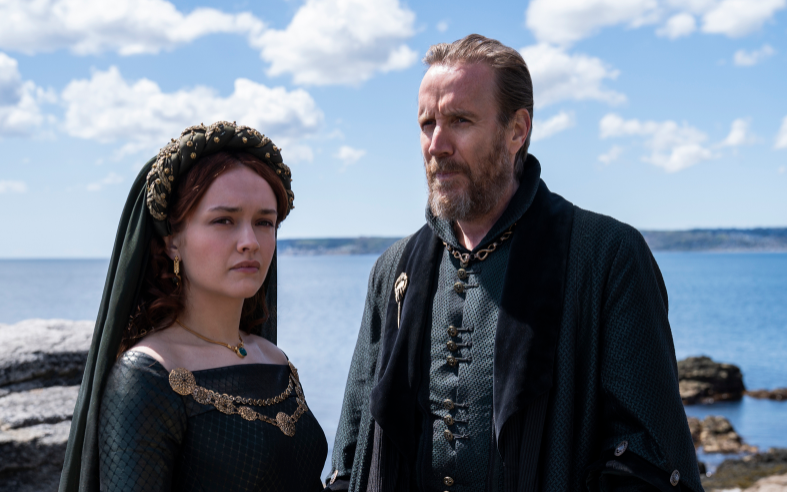 It’s been over two years since Game of Thrones came to an end, but HBO continues to explore George R.R. Martin’s Westeros. The GOT prequel series House of the Dragon is currently filming in England. House of the Dragon stars Matt Smith and Olivia Cooke. It follows the misadventures of Daenerys Targaryen’s power-hungry ancestors. The series is will not premiere until 2022, but according to Casey Bloys, who oversees HBO’s programming, audiences are in for a treat. Recently, Bloys told Variety that “It looks spectacular.” Bloys also clarified that House is the only Game of Thrones spin-off show in production:

‘House of the Dragon’ is the only one shooting. All the other ones are in various stages of development. People may think we have 10 series shooting at the moment. There’s one that will be on the air in 2022. We’ll see how the other scripts come along.

It’s easy to understand why people think HBO is filming several shows set in Westeros because the news about prospective spin-off series never stops. Recently, Deadline broke the news that Amanda Segel will be involved in writing the script for a GOT spin-off show called 10,000 Ships. Deadline tells us that

The drama is expected to follow the journey made by warrior queen Princess Nymeria and the surviving members of the Rhoynars, who traveled from Essos to Dorne following their defeat by the Valyrian Freehold in the Second Spice War.

Like House of the Dragon, 10,000 Ships would take place long before the events depicted in Game of Thrones. Speaking of Game of Thrones, the series continues to make headlines. Recently, the actress Hannah Waddingham, who played Septa Unella on Thrones, spoke with Collider about her experience filming the show. In Game of Thrones, Cersei Lannister (Lena Headey) tortures Waddingham’s character. Inexplicably, this involved torturing Waddingham herself. Waddingham said that she was waterboarded for ten hours straight. According to Waddingham, the event was so disturbing that she had to seek out the assistance of a therapist.

According to Olivia Cooke, House of the Dragon will not include depictions of graphic violence towards women like Game of Thrones did. Cooke told The Telegraph that “I wouldn’t feel comfortable in being a part of anything that has just egregious graphic violence towards women for no reason whatsoever, just because they want it to be tantalizing in a way that gets viewers.” Hopefully, a deficit of fictional violence will ensure the safety of the actors and actresses involved with the show.

Keep checking in with us for updates on House of the Dragon.