The Italian book series adaptation by Elena Ferrante returns to HBO with the premiere of the second season. I quickly fell in love with the story of female friendship and navigating growing up as children in Naples in the 1950s and now young women of the 1960s. The second season picks up right after the events of the first, with Lila (Gaia Girace) and Stefano (Giovanni Amura) heading off on their honeymoon after Lila discovers Stefano sold her hit shoe to the Solara brothers (Elvis Esposito, Alessio Gallo).  Not surprising with Lila’s personality, she feels betrayed by the sale of her shoe and collaboration with the gangsters running their neighborhood.  Angry with Stefano, they argue repeatedly and he rapes her on their first night away.  But not before telling her that her father (Antonio Buonanno) and brother (Gennaro de Stefano) were involved in making the deal too.  What a way to start a marriage.

Meanwhile, after the wedding, Elena/Lenu (Margherita Mazzucco) has trouble with her own boyfriend Antonio (Christian Giroso).  After Lila’s wedding, Lenu wants to progress things sexually so she can experience the same things Lila is.  You jump, I jump kind of thing for Lenu, but Antonio would rather wait until marriage.  In fact, he’s actually pretty irritated with her at first because he sees her talking and flirting with Nino (Francesco Serpico) from school.  I really feel for Lenu.  She’s insanely attracted to this guy who is smart and well-read and a writer, but to him, she does not exist past a casual conversation.  Then there’s Antonio who is pretty sweet, but his mother is kinda crazy and her family doesn’t like the idea of them together.

Lila returns from her honeymoon and starts accepting visitors but makes no attempt to see Lenu.  She doesn’t want her best friend to see her in the worst and most vulnerable state she’s been in.  A black eye and constant humiliation is a lot to take in.  Lila entreats Lenu to spend more time with her, studying in Lila’s fancy, new apartment.  When Antonio and Enzo (Giovanni Buselli) get drafted for service, Lila questions how Stefano managed to avoid it.  She learns the Solara family paid off the commission and that Stefano has been in dealings with them long before the shoe decision.  Fiesty and pissed off, Lila says if he can make deals with the Solaras then she can too, slipping on a sexy, black dress and red lipstick. 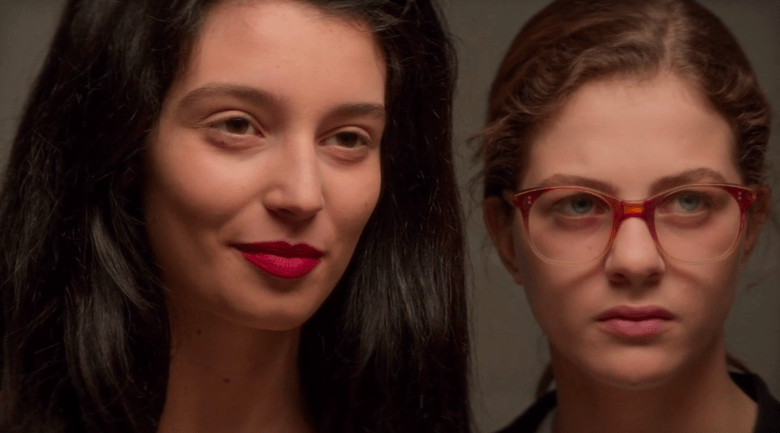 The intense and often just tense female friendship between Lila and Lenu is something I think a lot of women can identify with.  Lila is definitely more headstrong and I think sometimes Lenu has trouble keeping up or wanting to help reign her friend in from possibly making things worse.  At the same time, Lenu wants to be in the thick of it with Lila, perhaps hoping some of those characteristics might rub off.  But Lenu has her education and that was something denied to Lila.  So Lila likes studying with her friend and learning for herself.  I can’t wait to see how the rest of the season unfolds and perhaps I’ll find some copies of the four-book series to help with my self-quarantine time.  For now, catch a glimpse of what we can see in the coming season!