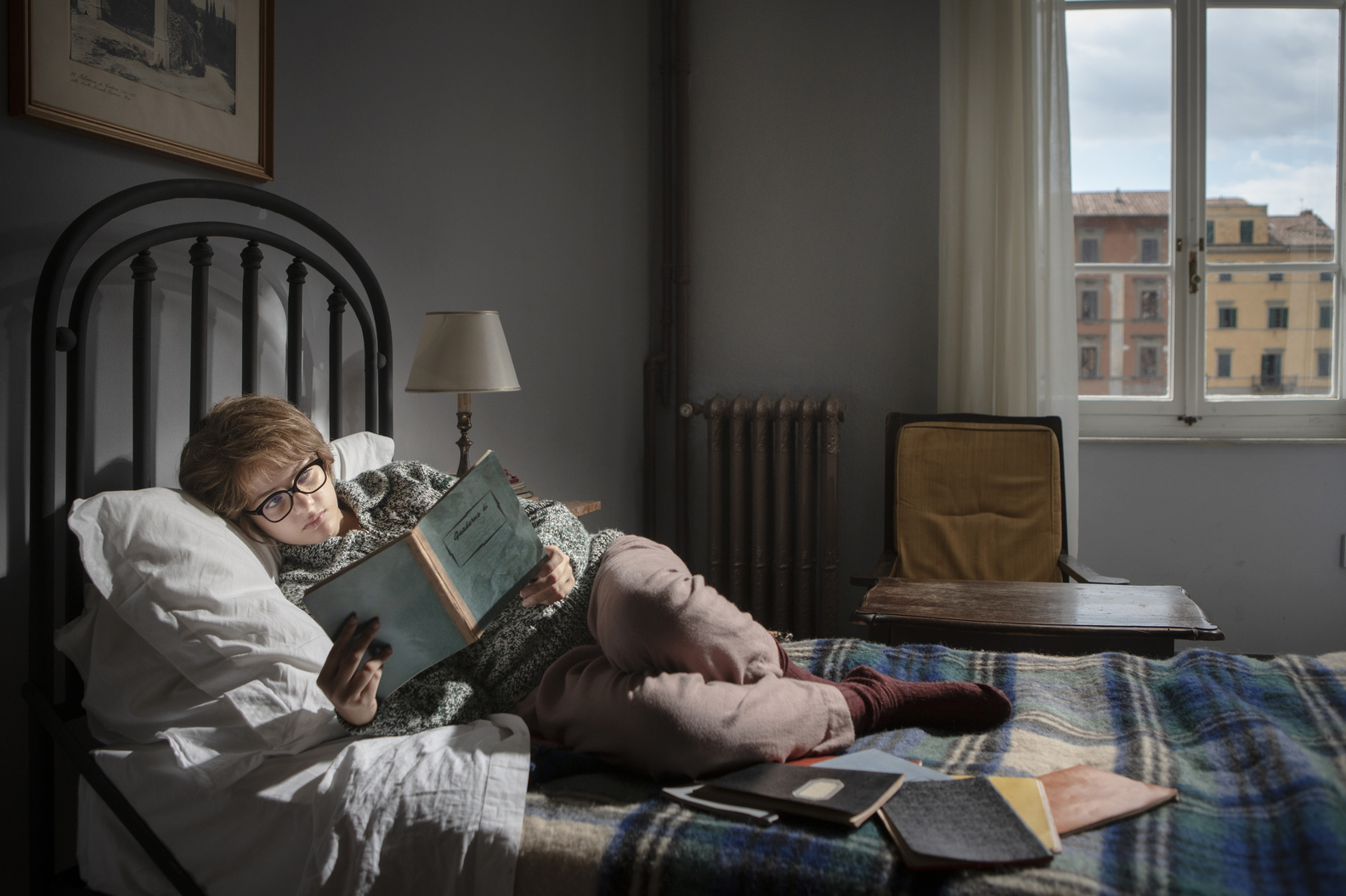 The penultimate episode of this HBO & Rai collaboration continues to give us awe-inspiring storytelling.  Acting and razor-sharp teleplays have been hallmarks of My Brilliant Friend; now, directing and cinematography can be added to the series’ reputation.   Up until “Ghosts,” the series was shot digitally.  But 16mm film was the capturing medium for “Ghosts,” allowing for gritty and claustrophobic sequences, that convey the mindset of a depressed and sickly Lenu.  The majority of this episode is a projection of Lenu’s interpretation of something that she was forbidden to read.

“Ghosts” concludes with Lila bestowing a shoebox full of letters to Lenu.  These letters contain thoughts from the deepest recesses of Lila’s mind.  Lenu and Lila’s friendship is one for the ages, yet Lila asks her friend to promise not to read any of the letters.  The opening scene informs us that Lenu has broken that promise, and this breach of trust haunts Lenu as she lies sick in bed.  Lenu learns of Lila’s exploits, many activities unbeknownst to Lila’s abusive and hypocritical husband Stefano.  Stefano continues to believe that Lila child is his offspring, despite being told by Lila that he is not the father.  Stefano could have easily been the archetypal bad husband that is the main antagonist in melodramas.  Yes, Stefano is indeed vile, yet he is the product of the post-Fascist Italian environment.  Italy is a country that is recovering from war and was on the losing side.  Add this to the myriad of problems that all experience growing up, and this is a recipe for disaster.  We never feel sorry for Stefano, for in this episode he threatens to kill Lila if she continues to say the child is not a product of their consummation.  Nevertheless, the superb backdrop and execution of this series allow us to understand why Stefano exists.

Lila is seen reading James Joyce’s Ulysses, which is a sly nod to the strange yet beautiful format of this episode.  Ulysses is a novel that most literature students will read in undergrad and is known for its complexity and absurdity.  “Ghosts” mirrors Ulysses in this regard and is certainly the strangest episode to date.  Albeit an excellent showcase of guilt.  Lenu feels guilty for betraying the trust of her friend.  Her mental anguish is more excruciating than her physical illness.  After recovering physically, Lenu’s guilt forces her to realize that her whole life has been a series of ‘almost’ moments.   Being intelligent and resilient, she has ‘almost’ succeeded academically and professionally.  She has ‘almost’ been in love, and had that love reciprocated.  Now she has ‘almost’ been a trustworthy friend.  Ghosts concludes with Lila throwing the contents of the shoebox over a bridge and into a river.  How will she explain the loss of the shoebox’s content? Surely Lila will ask for the return of her recorded memories.  Will Lenu be transparent and admit that she read the letters?

The season finale of My Brilliant Friend airs at 10 pm on May 4th on HBO. Check out the promo here: