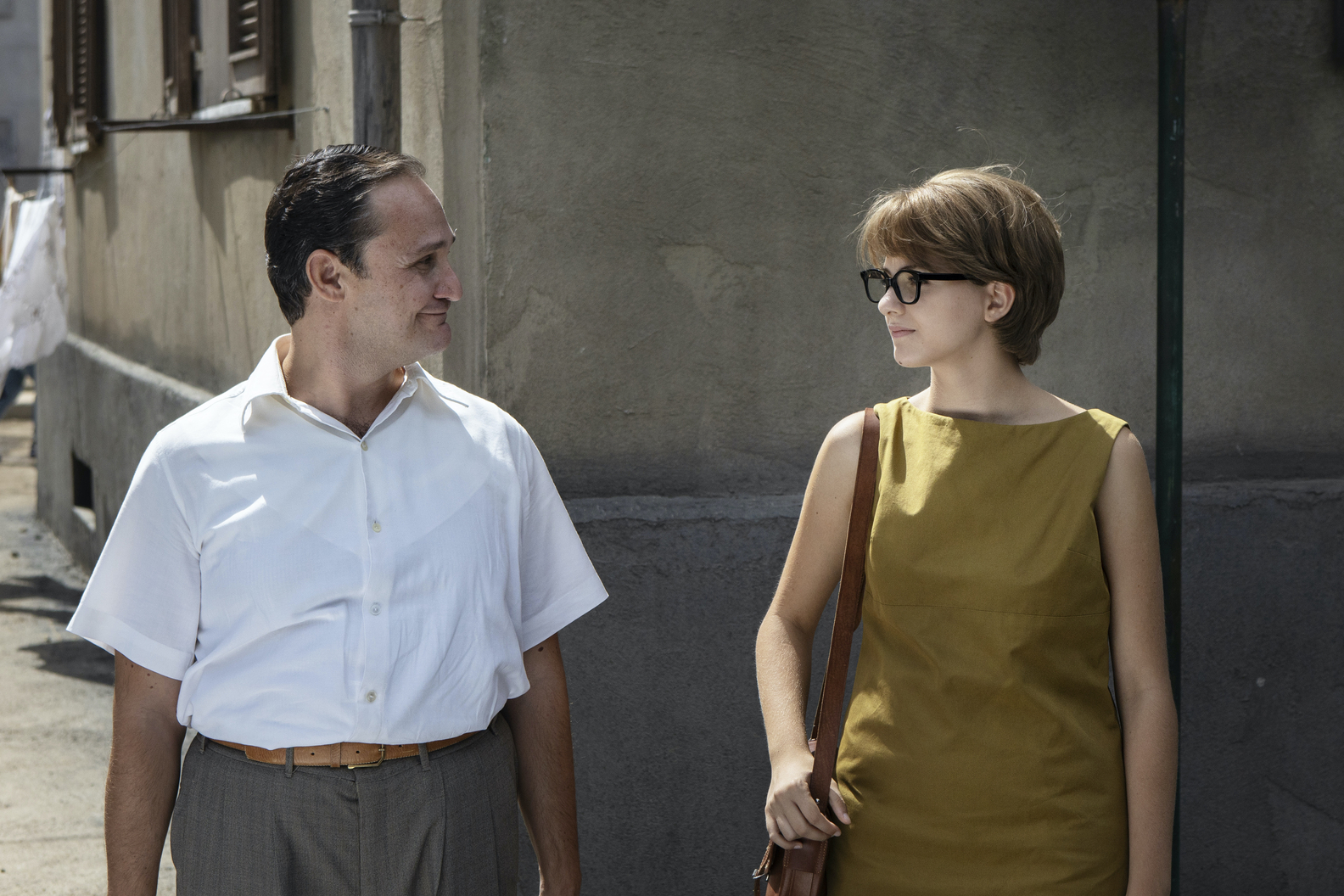 The season finale of My Brilliant Friend opens with Lenu’s academic advisor reviewing her senior thesis, the last assignment before graduation. The advisor is laudatory and genuinely proud of his student.  However, when Lenu voices ambitions to become a University Professor, the advisor advises her to first become a grade school teacher.  The advisor explains that the professors that Lenu admires came to this level of profession through a long process of refinement.   This HBO/RAI production is itself a culmination of a long television refinement process. The finale, The Blue Fairy, is a nod to a short story that Lenu’ wrote during childhood.   The Blue Fairy is a superb conclusion to the second season of this marvelous series, that leaves viewers anxiously waiting for the already green-lit third season.

Lenu returns to her childhood home, Naples.  She is surprised that the city, although still suffering from widespread poverty, now has an abundance of paved streets.  Lenu’s father is voicing to everyone that he encounters that his daughter is a university graduate.   Lenu’s mother remains stuck in her passé’ ways, yet acknowledges her daughter is indeed brilliant.  Lenu remains a homebody, before deciding to track down Ada, Stefano’s mistress.  She is the only person who knows the whereabouts of Lila.   Lenu not only obtains Lila’s address from, but Ada divulges how she and Lila grew to respect each other out of their shared despise for Stefano.

Before the two friends are reunited, Lenu is informed by her fiancé’ (a character that I hypothesize is intentionally underdeveloped), that he gave her manuscript to a family member with ties to a publisher.  The manuscript was intended for her lover’s eyes only, yet the prose and content were too good not to share.  The publisher wants to grant Lenu a book deal.

Lenu and Lila are reunited.  Lila lives with Enzo, the young man that vowed to protect her.  The relationship is platonic, with the duo sleeping in separate bedrooms.  Lila loves Enzo but is not yet ready to become intimate.  We get the sense that Lila is mostly concerned with the care of her young son and does not want to make decisions that could curtail forward progress.  Lila is not leeching off of Enzo, for she is helping him study to become a computer programmer.   Lenu leaves Lila with the short story The Blue Fairy, which was inspired by their childhood friendship.  Lenu sadly observes Lila burning the short story.  Perhaps Lila wants no ties to her past.

The season finale concludes with Lenu, now a published author, at a book signing for Digression.  Digression is lauded by the orator for the event but is suddenly criticized by a literary critic present in the audience.  The critic admits that he merely skimmed the book.  Yet he has plenty of negative criticism.  The book is juvenile and trite.  The world has had enough of coming-of-age struggle stories.  Lenu remains quiet as the orator defends her.  Then an unexpected ally rebukes the critic for exercising brevity while reading a book that is meant to be fully read.  It is Nino, who undoubtedly is a true friend, albeit a friend that will certainly cause issues with Lenu’s engagement.

With the COVID-19 epidemic still ongoing, it is unknown if season three of My Brilliant Friend will air in 2021.

What are your thoughts on the season two finale’?