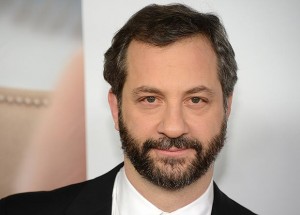 Judd Apatow (pictured right) is up and running with another series on HBO. You ask “Wait, did you say another series?” Ah, you forget he executive produces Lena Dunham’s GIRLS. She writes it and is the figurehead for that series, but he has a big say. He now has the go-ahead for a pilot for another NYC based series called CRASHING.

Like GIRLS, however, the new series will be written and starring someone else. But unlike, Dunham’s show, Apatow will not only be producing but also directing it. His comedic cohort for this one is comedian Pete Holmes. CRASHING focuses on a sweet, wholesome comedian (Holmes) who, after his wife leaves him, has nowhere to stay but on the couches of New York’s finest comics. So, he literally crashes at their places hoping for some TLC, sympathy and validation I guess. Whether he gets it and just how his famous friends treat him is the comedic element here. 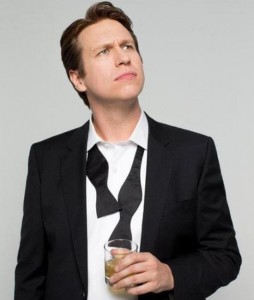 amera comedy is said to be an autobiographical treatment by Pete Holmes (pictured left) as he has riffed on his divorce aplenty in his comedy routines which includes a stint on late-night TBS. Apparently, Apatow latched onto the concept when he guested on Holmes’ You Made It Weird podcast and the pitch was off and running. The pilot is said to be slated for a November shoot.

For Judd Apatow GIRLS is not his only work for HBO. He was also executive producer of FUNNY OR DIE PRESENTS…, and the HBO movie FUNNY PEOPLE: BEHIND THE COMEDY in 2009. But, did you know her was also a consulting producer for 68 episodes of the classic THE LARRY SANDERS SHOW? This is Pete Holmes’ first time at HBO.

Well, after all is said and done it is a matter of whether HBO likes what it sees to give it a green light as a series. We await that verdict. Are you keen for some Apatow & Holmes?