HBOWatch is testing out a new writer and this is his first test post. So give due attention to the words of Travlis Eric Hallingquest.

HBO is no stranger to the development of sublime literary intellectual properties. The worldwide phenomenon Game of Thrones, the 2017 Emmy sweeping Big Little Lies, and the upcoming mini-series Sharp Objects are all examples of writers shaping manuscript prose into television adaptations.  Adapting the 1980s limited comic book series Watchmen will be a mammoth undertaking for the world’s most renowned premium cable network. However, Home Box Office’s four-decade run of superior programming allows minuscule doubt for success to seep into the minds of its subscribers. 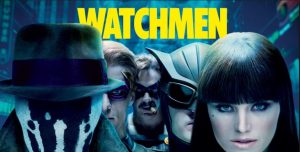 Lost and The Leftovers alum Damon Lindelof will serve as the Watchmen showrunner. Lindelof has called Watchmen “The Greatest Piece of Popular Fiction Ever Produced”.  Zach Snyder’s 2009 film version of Watchmen polarized critics and audiences, despite being very faithful to the source material.  Other than the obvious loosening of time constraints, the question still remains: How can HBO provide the appropriate canvass for bringing Watchmen to series? Below is a breakdown of criteria that HBO and Damon Lindelof’s writer’s room must transcend for a worthy depiction of Alan Moore’s seminal work.

Canvas. No official word on whether Lindelof’s take will be a television series or a miniseries.  Despite following the main story arc of the limited series, and a director’s cut runtime of over three hours, Zach Snyder’s take omitted key character backstories and the story arc Tales of the Black Freighter.  Tales of the Black Freighter is a comic book within a comic book, which allowed for audiences to see the analogous nature of fiction and reality.  Ultimately, Watchmen’s primary antagonist’s actions, parallel those of the main character in Tales of the Black 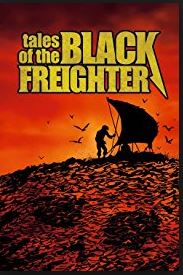 Freighter.  A well-crafted inclusion of Black Freighter will evoke the theme of death being used as an instrument to save others.

HBO Leadership & the Writer’s Room. HBO has a rich history of trusting artists, and supplying those collaborators with the canvas for success. HBO leadership is quite resourceful, spending the approximate funds and time to ensure that programming is presented and marketed meticulously. Watchmen marks Damon Lindelof’s second collaboration with HBO, and although the writer’s room participants have yet to be revealed, it is a no-brainer that all involved have passed HBO’s golden litmus test. How good is the assessment of HBO’s leadership someone may ask? The original Game of Thrones pilot was supposedly a disaster, but HBO still trusted the creators to deliver, but stepped in and selected a director that delivered a sound episode for one of the most acclaimed series in television history.

Nicole Kassell.  After helming The Americans, Westworld, and Better Call Saul, Nicole Kassel would be on any network’s shortlist to direct a challenging pilot episode. Perhaps the best showcase of the dynamic range needed to address the sophistication of Watchmen would be the third episode of the last season of The Leftovers. In “It’s a Matt, Matt, Matt, Matt World” Kassel blended outrageousness and substance, by showing a nuclear missile launch, by a naked French Submariner, kick off the episode. This dynamic range of bizarre but grounded entertainment is exactly what Watchmen requires.

A stellar pilot will call for HBO’s greenlighting of the series. While the wait continues to see if this graphic novel adaptation will air during HBO’s coveted Sunday primetime spot, audiences can rest assured that in HBO we trust.