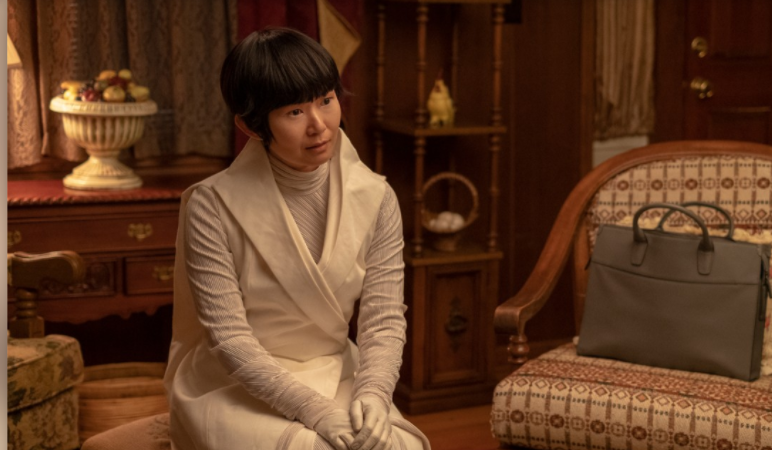 In the seminal 1986-1987 graphic novel Watchmen, there is an iconic panel with Dr. Manhattan sitting on a random mound on an undisclosed region of Mars.   Later in, If You Don’t Like My Story, Write Your Own, we see a major character attempting to escape a terra-formed dome on a celestial body. More on that later, but the notion of self-imposed isolation and hopelessness is a constant theme in the graphic novel and HBO series versions of Watchmen. The fourth episode dives deeper into the mysteries of William ‘Will’ Reeves, the DNA confirmed grandfather of Angela Abar. Why has Will, a man who only has documented life activity during the 1950s as a police officer resurfaced over a half-century later?  Is he a friend or foe to the Tulsa Police Department? None of these questions are answered, however, the audience is in for a hellacious journey down the rabbit hole.

The opening of this fourth episode is a pleasant montage introduction to a couple that live on a homely but large plot of land. A mysterious woman knocks at their door, and states that she wants to buy all 40 acres of their property. The couple recognizes the woman as Lady Trieu, a trillionaire who recently moved into Tulsa, Oklahoma.  Lady Trieu’s request is initially rejected. However, Trieu reveals that one of her acquisitions was a fertility clinic that was previously unable to produce a child for the couple. Trieu presents the couple with their biological son (courtesy of her advancing the capabilities of the clinic) and they immediately acquiesce and sign their property over. Trieu is the new owner of Adrian Veidt’s (Ozymandias) old conglomerate and has ambitious plans for the newly acquired land.

At the end of the previous episode, Angel Abar’s car was taken away via a magnetic lift by an unexplained aircraft. That car is returned from a tremendous drop and is in dilapidated condition. Abar and Agent Laurie Blake conclude that only one person possesses the capability to pull off such a feat, one Lady Trieu. In lieu 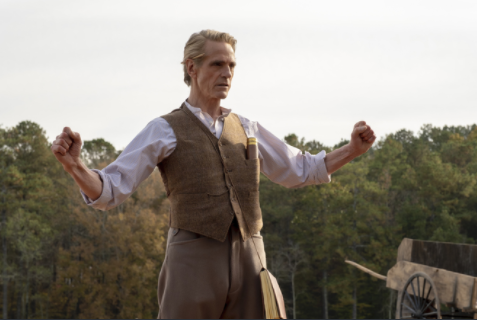 of churning through the specifics of the conversation between the law enforcers and the businesswoman, the interesting take on the conversation is that Lady Trieu reveals that she knows Will, through her native Vietnamese tongue. Angela responds by calling Will an “old fucker’ in perfect Vietnamese. The viewer is left just as bewildered as Angela: Why has Trieu revealed that she is in cahoots with Will, and what the hell are they up to? Are Will and Trieu working on a closed diabolical scheme, or are they assisting Ozymandias’s escape from a prison on a terra-formed celestial rock? Ozymandias, with assistance from the only living iterations of Mr. Phillips and Ms. Crookshanks, catapult deceased versions of the Phillips and Crookshanks clones off of the prison. The prison’s atmosphere ends after several thousand feet, for the bodies disappear just before reaching terminal velocity. Episode III presented us with a clone freezing to death attempting to escape under Ozymandias’s orders. This episode showed further atmospheric tests. The previews for Episode V present Ozy in a pressurized suit, with great optimism of achieving freedom. 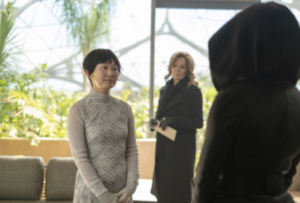 Will he escape, and will it be Will and Lady Trieu who bring him to Earth? Is Ozy working alone? With five episodes left, there is plenty of time to have further enigmas to appear and to have most of these questions answered.  But then again, we are talking about the showrunner who created Lost and co-wrote Prometheus. Finality is not exactly in Lindelof’s repertoire, despite being a phenomenal writer and producer.

HBO’s Watchmen has the expected well-casting and feature-length production indicative of the premium cabler. Even I, one of the most avid HBO advocates, did not expect the level of mystery that Damon Lindelof and his production crew have manifested. The haunting and at times tranquil score by Nine Inch Nails alum Atticus Ross and Trent Reznor, appropriately matches electronic synthesized beats with the science-fiction noir vibe of the show. The duo plan to release a three volume Watchmen soundtrack across the course of the first season. Take my money.