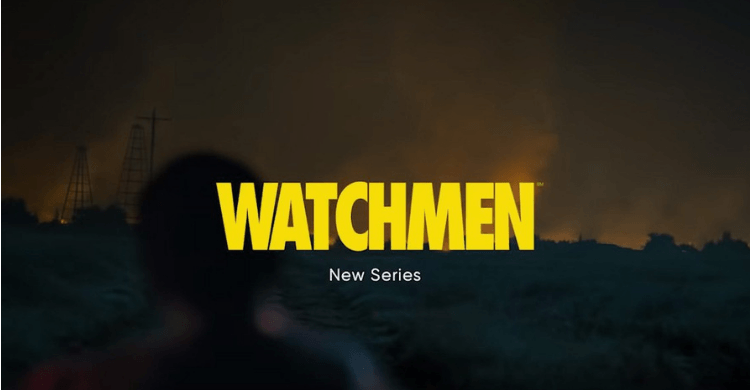 During my lifetime, if I never hear or read again:  ‘HBO is done after (insert popular show here) ends’, it will be far too soon. This is a common phrase that was birthed after the series finale of The Sopranos and was heard and read constantly after the run of Game of Thrones. The meaning behind the title Home Box Office is literally in the title. The high production quality, acting, and writing are brought to the viewer’s home. If one desires to have a perpetual selection of

cranked-out original and bought programming, log unto Netflix. If the intent is to watch procedural whodunits view any network channel. If the desire is to see the next great series on any platform as we enter the second decade of the 21st Century, then watch HBO’s Watchmen. Most reviews by professional critics give the new series near-universal acclaim. However, the series is polarizing fans of the source material, even though nearly all viewers of the pilot episode agree that the production quality and acting are sublime. HBO’s Watchmen’s main story arc picks up on 3-4 decades after the comic series.  After viewing the pilot, I can make the following objective statement:  The series and the 1986-1987 Alan Moore Watchmen comic share a strong emphasis on vigilantism and anonymity. This new take on the story is set in a parallel universe where hiding one’s identity to combat crimes ranging from petty larceny to hate crimes is essential to survival.

The first task that the editors of HBOwatch.com assigned me, was writing an article about what would need to be accomplished to craft a successful adaptation of a graphic novel that appears on many literary scholar’s top 100 lists. In this article (In HBO We Trust), I listed several line items that I believed were needed for success. One of those line items was the prowess of pilot episode director/executive producer Nicole Kassel. Kassel opens the pilot episode with one of the most 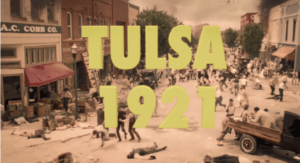 horrific events in American History, the 1921 Tulsa Oklahoma Race Riots. The U.S National Guard is caught between black citizens on the defensive against White Supremacists out for blood for the rape of a young white woman. The production quality is on par with wide theatrical releases. We see artillery obliterating concrete structures. Crop dusters drop bombs on fleeing disenfranchised persons. The sepia color cinematography is indicative of the actual photos of this appalling event. As expected, HBO is sparing no expenses on this series. The aesthetics are on par with Game of Thrones and Westworld.  One of the persons that is able to escape is a young black boy who finds a baby in a field on the outskirts of Tulsa. The boy picks up the baby and reads a note that says, “care for our son.” More to follow on this adolescent. The action sequences and intimate scenes are handled with precision by Kassel. It’s Summer and We’re Running Out of Ice is another notch on Kassel’s belt that should elevate her to direct top tier drama scripts and quality action projects such as the 007 series.

After this gut-wrenching cold opening, we learn we are in an alternate world modern-day Tulsa. Actor/activist Robert Redford is the President, loved by some and hated by others; police officers hide their identities and there is a resurgence of a far-right leaning terrorist group known as the Seventh Kalvary, that have applied their own white supremacist take on an original masked character called Rorschach. On the 24th page of the graphic novel, Rorschach states that “evil must be punished…I shall not compromise.” The Kalvary also states that their methods and ways cannot be deterred and that they shall not compromise either.. A Tulsa police department 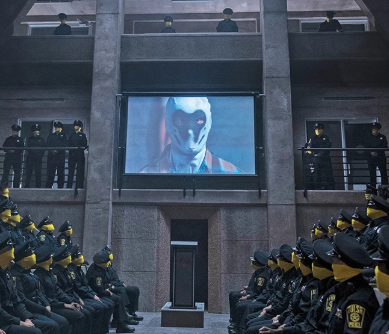 officer pulls over an older model pickup truck on a late night, the stop is made for unknown reasons.  The officer’s uniform is what we expect a civil servant to wear, with the addition of a yellow mask.  The officer is in his late twenties to early thirties, and the driver is a white male of the same age range. The officer goes through the normal compliance procedures of a traffic stop, and the driver is awkward but cordial.  The brilliance of this scene is how tensions build with the seemingly routine traffic stop, something that is common in reality and fiction. The officer glimpsed a Rorschach mask in the glove compartment when the driver relinquished his vehicle registration.  Sensing danger, the officer returns to his cruiser and requests permission from an authority known as Panda, to release his weapon from a cipher lock. Permission is granted but albeit too late. Redford laws require police personnel to be in imminent danger just to be able to unholster their firearms. Now donning a Rorschach mask, the individual sprays automatic fire into the police cruiser, critically injuring the officer. I must reiterate that Seventh Kalvary has their own twisted understanding of Rorschach, an individual who was quite twisted himself, but yet was no racist.  It is not uncommon for extremist groups to take an ideology and tailor it to their own message.

The graphic novel Watchmen is nearly flawless in its execution of narrative, but one minor gripe is that the female characters are not as defined as their male counterparts. Mother and daughter heroine duo Silk Specter and Silk Specter II do not pass the Bechdel Test (Can 2 Women talk about something other than a man?). This is an aspect that Damon Lindelof has already improved upon the source material. Regina King’s Angela Abar, codenamed Sister Night, is the answer to the cry for diversity in film and television.  There is no need for a female to portray a role that was originally written for a white male, when superb writing can make characters like Tulsa Detective Angela Abar. She has the screen presence of Terminator 2: Judgement Day’s Sarah Connor, Aliens’ Ellen Ripley or Mad 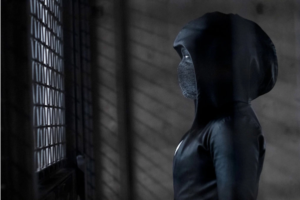 Max: Fury Road’s Imperator Furiosa. Once Abar receives word that a fellow officer was nearly killed by the group, she scours neighborhoods and extracts a presumed member of the  guilty group. In one of the most ingenious interrogation scenes filmed in recent memory, the Tulsa PD gets the drop on the location of a supremacist stronghold. There, a hellacious firefight ensues, leaving dead cattle and persons as carnage from the aftermath of 50-caliber machine gunfire.  Also, there is an aerial action sequence that features the return of an original Watchmen character’s iconic fighter craft. Piloting this aircraft is Don Johnson’s Chief of Tulsa Police Judd Crawford, who is a close colleague of Officer Abar. Crawford is a very hands-on leader who will not ask his subordinates to do something that he does not have the gall to himself. Chief Crawford is the only police officer that does not don a mask. Perhaps this is his statement to offenders that he wants them to know who is leading the charge against them. Or perhaps because he is a government-appointed official he’s required to have his identity in the open. Either way, he struts proudly unconcealed. Perhaps there will be more revealed later on this uncertainty.

Showrunner Damon Lindelof said that he would stay true to the canon. Although this has yet to be proven, it seems the man who helmed Lost and The Leftovers is the right man to lead this series. Most would agree that Lindelof is a fine writer and visionary, however, the previously mentioned television series and his script for Prometheus were criticized for their endings. Lindelof is aware of these complaints and has stated that the first season is designed to have a definitive 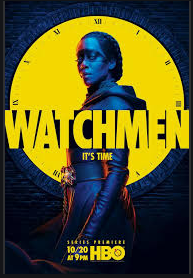 conclusion.  This does not mean that there will not be a sophomore season but may indicate seasons will have self-contained story arcs. Some will say that this take on Watchmen has a leftish agenda.  I can see that argument, however, if this series takes us on a journey that parallels the source material, we will see that being too far-right or too far-left ultimately brings us back to the middle. Despite this being the “woke age” I believe that HBO and Lindelof’s writing staff are intelligent enough to not get preachy with the current temperament of politics and society.  I suspect that they are using real-world events as a backdrop to keep the attention of a post 9/11 audience, which is one that expects gritty realism and a subject matter that they can relate to but is not spoon-fed to their intellect.

Alan Moore’s graphic novel also contains a story within a story called Tales of the Black Freighter, the one aspect of the polarizing 2009 film version of Watchmen that was omitted from the storyline. Black Freighter follows a sailor who is determined to stop an apocalyptic ship full of demon pirates headed to destroy his hometown.  He stops the apocalypse but at the cost of killing dozens of innocent people. The lesson is that noble intentions led to disastrous consequences. HBO’s Watchmen also had a story within a story which is the previously mentioned 1921 Tulsa Race Riots. As dark and richly complex as the Black Freighter was, the 1921 riots were so disconcerting, that people have tried to bury the fact that it happened. 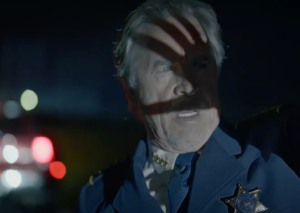 The pilot episode ends with two mysterious scenes.  The first is, who is this mysterious man living in a castle with two indentured servants? The man is played by veteran thespian Jeremy Irons and is listed in the credits as ‘blonde man’. A good educated guess is that Irons is the self-proclaimed smartest man in the alternate world – Ozymandias.  Whoever this mystery man is, he is of incredible wealth and influence. The second mystery involves a horror revealed to Officer Abar. The person who summoned Abar to the scene of a shocking crime is highly hinted to be an escapee of the Tulsa riots. All will be revealed in the weeks ahead.

“It’s Summer and We’re Running Out of Ice” is chock full of twists and turns without feeling heavy-handed and episodic. Less than a week to another episode of what appears to be another HBO gold-standard series. Find Watchmen Sunday nights at 8:00pm on HBO and on the streaming sites. Tick-Tock!