HBO’s Damon-Lindelof-created Watchmen was a show I’ve been waiting for for years. I’ve been a big The Leftovers fan, even since the first season (when it wasn’t critically acclaimed, and a lot of people didn’t get it yet). When the rumors came about Lindelof’s next project being on HBO, and it being Watchmen I thought it could be brilliant, he’s perfect for that (I haven’t read the comics, but I love the Zack Snyder movie).

Then, last year, exactly on September 20, it was announced that Trent Reznor and Atticus Ross are making the music for it – and being a HUGE fan of them, I got 10 times more excited.

I loved the pilot episode. Very much. It was exactly what I wanted.

And now we’re here, at the second episode. The first episode layered out the story for us. It’s a different world, one that is set out years after the Watchmen origin story. Now we start to dive into the story, after the last episode’s cliffhanger ending – [*SPOILER*] the chief of police, Judd Crawford, is dead. Hung from a tree. 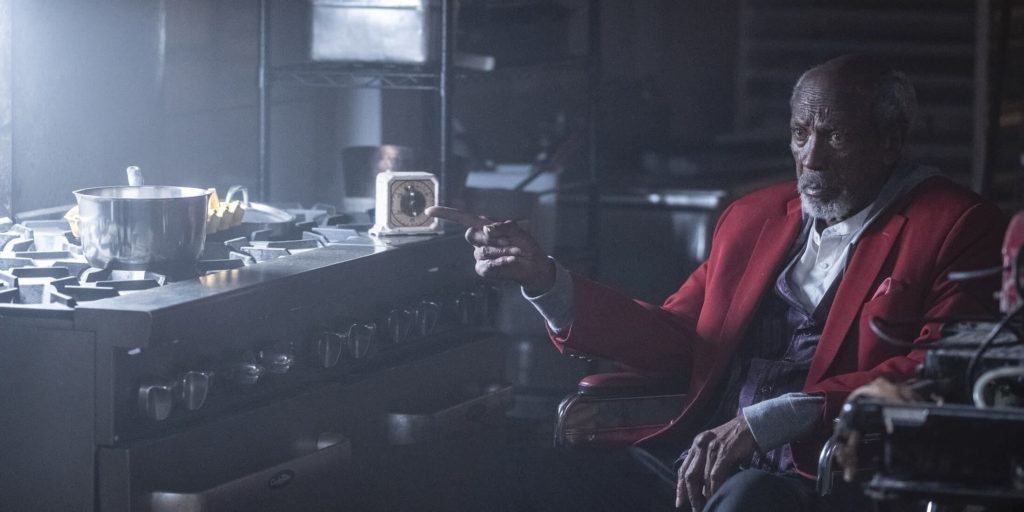 After another past-time sequence, we return to Angela. She finds Judd alone in the middle of the night, and the mysterious man in a wheelchair we saw in one of the first scenes of Ep1 is next to him, claiming he’s done it himself. In disbelief, Angela takes him to her “bakery” first and changes to her Sister Knight costume (that music!) to ask him questions. Come morning, the police find the crime-scene and she joins them. The interesting thing is – they don’t know that she has a suspect detained at her place.

That’s only the beginning. From there, the episode takes a nice journey, that I don’t want to get into in detail to avoid spoilers. We also get a glimpse to the past to see an event in Angela’s history that changed her as a person, and more details about an old Adrian Veidt’s (Jeremy Irons, who’s really fantastic here) weird way of living. 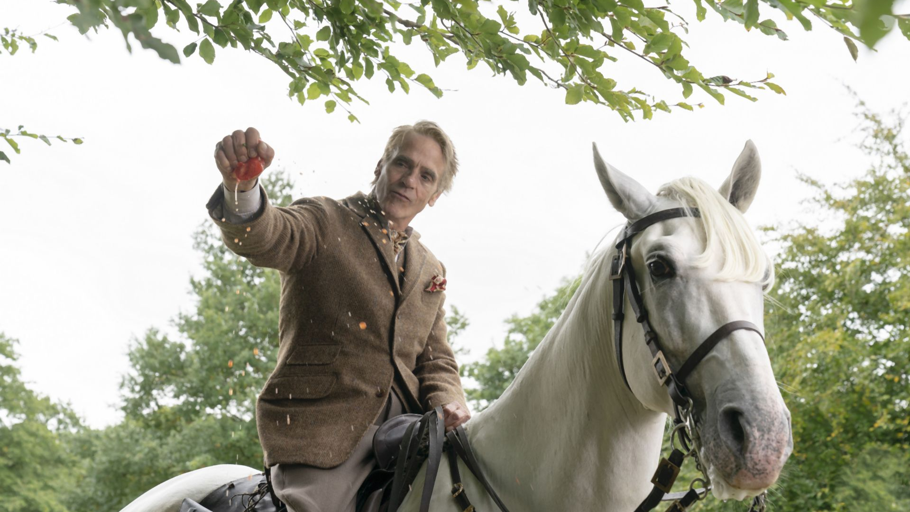 This episode was directed by Nicole Kassell, she directed the first one as well. Lots of interesting shots (and that transition with the flag, genius!). On the writing, it’s Damon Lindelof of course (who’s, judging by Lost and The Leftovers, probably going to write most of, if not all of, the show), and Nick Cuse. It’s very interesting – Nick Cuse, is the son of writer Carlton Cuse, who was one of the most frequent writers on Lost and co-wrote a lot of episodes with Lindelof there, including the finale. Nice to see his son collaborating with Lindelof, also.

The episode is also filled with little nods to the original Watchmen story, as I’m sure the whole series will be. Writer Michael D. Fuller (the co-creator of the brilliant Cinemax show Quarry) wrote on twitter: “Regardless of how much you may deviate from source material or invent your own take on it you should always no-sh*t fu**ing adore it. Watchmen does in a way other adaptations of late haven’t”, and I agree with that completely. You can see clearly that Lindelof is a huge fan of the comics, and not only with the hints, throwbacks and Easter eggs he keeps implementing into the show. He wrote a letter to Watchmen fans like himself prior to the release of episode 1, telling his story with the source material and what exactly he tried to do with the show. You can read it on his Instagram, it’s quite beautiful. You can see he absolutely cares about the source material and the true fans, although he made the bold choice not to directly adapt it, but to, in his own words, remix it. “Because the bass lines in those familiar tracks are just too good, and we’d be fools not to sample them”, he writes. 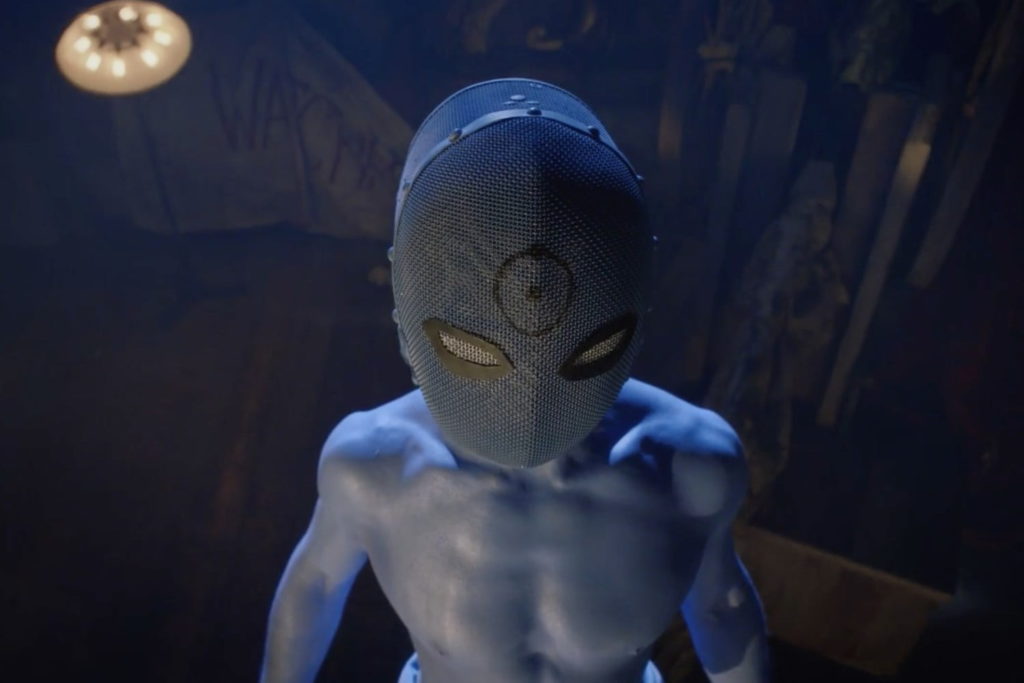 Another aspect I really wanted to discuss is the music. As I mentioned, I am a HUGE fan of Trent Reznor and Atticus Ross (I’m listening to music by them now, while writing). You may know them as the guys who won an Oscar for The Social Network, or simply Nine Inch Nails, but for me, they make the optimal form of soundtrack, in my opinion. I’ll write more about that in a separate article soon, after the release of the 1st Watchmen soundtrack (yes, there will be THREE of them). But, speaking about the music in this episode, Trent and Atticus do what they do best, and what I love so much about them. The bouncy beats, electronic sounds and also the familiar “Trent Reznor Piano”, as I like to call it, accompanied by ethereal synth-drones. The music is just fantastic, and it fits the scenes so much! Listen to the first two official previews from the soundtrack here:

The episode ends with a bunch of twists and turns that I don’t want to reveal. To be unspoilery and vague, not everyone is who they seemed to be. And the final scene is classic Damon Lindelof creativity of random stuff. I loved it, and I can’t wait to see what that… thing was.

As far as the internet goes, the episode has a nice 8.1/10 rating on IMDb, but I feel like it should’ve been higher and for some reason, there has been a suspicious hate-wave towards the show. The show itself is somehow 6.8/10! Now, I’ve been on IMDb for years now, most of the time it’s reliable. A 6.8 for Watchmen? Crazy, and not at all reasonable. It’s one of HBO’s biggest shows of recent years just by the scope of it, and I feel like it’s some kind of trolling. It’s a shame, in my opinion. The Leftovers had a similar, but not quite severe, case of low IMDb ratings. The huge surprise was – once season 2 hit, more and more people got very interested, the scores went up, even for the first season and the show gradually became the cult-hit it is today.  I feel like Watchmen doesn’t have the recognition and appreciation it deserves yet, and I think, hope it gets better.

To sum it all up, I think the second episode was a great continuation to the first one. It deepens us into the vast world Lindelof is creating for us from Alan Moore and Dave Gibbons’ much-loved creation. It is only the second episode, though, and I’m pretty positive it’s going to get even bigger, crazier and better as we dive into the season. Still no word on renewal (Lindelof himself said he’s not sure he wants more yet), but I’m hoping we’ll have more season as well.