Just to start, I loved/love the film version of Watchmen and was ecstatic when this show got announced. Knowing the exact same story wasn’t important, but the world-building would be there was enough to keep me on my toes until the show aired. Now the show has aired and here we are a couple of weeks into it. Having previously read the graphic novel as well, you can feel the tension beautifully mirrored in the show. The lexicon and pattern of writing in the source material copied over into the show, plus throw an absolutely killer Trent Reznor soundtrack behind it, and you’ve stepped into Watchmen. So far this story has focused on new masked heroes, though occasionally visiting with one from the original story though he’s incognito and doing some weird science sh*t on the side. This episode focuses on one masked hero in particular, though she’s hung up her mask.

We open with a pretty fetching bank robbery scene. Cut to a masked hero arriving to enact justice. Cue plot twist where it is actually an elaborate ruse to catch vigilantes trying to pass off as masked heroes. Handcuffs.  Lights. Curtains. Now, I understand the difference between a vigilante and masked hero is a small distinction.  Masked heroes have permission to work with the cops. Vigilantes do not. And Laurie Blake, formally known as Silk Spectre II, (Jean Smart) is really good at sussing out the difference. Hence Senator Joe Keene’s (James Wolk) insistence that Laurie go to Tulsa and figure out who killed the Chief (Don Johnson). The problem is that she is not walking into a necessarily friendly environment. And actually, in the middle of all their interrogation, it’s downright hostile for the Seventh Kavalry members. She does enjoy Looking Glass (Tim Blake Nelson) and his interrogation pod. Eventually, everyone ends up at the Chief’s funeral with Angela (Regina King) giving the eulogy. This would, of course, be the perfect time for a suicide bomber, because obviously. Always have to have maximum drama when you’re evil.  Due to some quick shooting on Laurie’s part and quick thinking on Angela’s, they manage to keep everyone safe and alive. 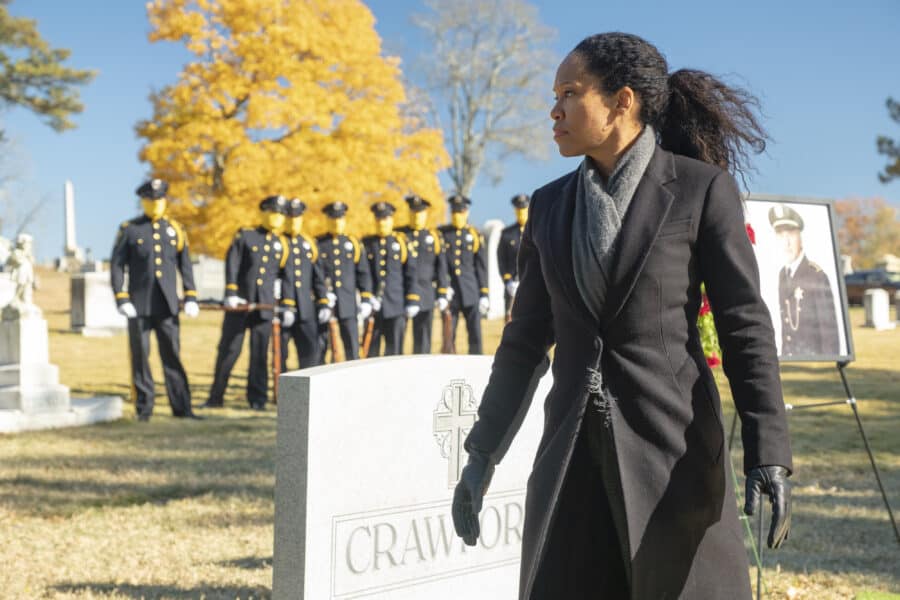 This would be a fantastic moment to join forces and work together for good! But Laurie knows something went missing from the Chief’s closet since she found the missing compartment that Angela also found. Who has a secret compartment and doesn’t put anything in it? Laurie’s joke about her dad’s closet had me in stitches. In the source material, her character’s father the Comedian dies at the beginning of the story and his mask and outfit are found hidden in a secret, closet compartment, but she doesn’t find out he’s her father until the end of the story. I love little nods like that to the source material. Throughout the episode, Laurie is on a collect call to Mars, sending jokes to Dr. Manhattan, her ex-boyfriend.  If they kept that nod, I wonder what they would say about Laurie’s history with Night Owl?  Could he potentially show up?  All I know is I am here for it! You are too, right?