Despite its relatively recent arrival into the literary canon, Philip Pullman’s book series His Dark Materials has seen several adaptations: on the radio, on the stage, and on film. Now, it arrives on television, courtesy of the BBC and HBO. The first season will tackle the first book in the series, Northern Lights (known in North America as The Golden Compass).

Set is a world both like and unlike our own, His Dark Materials tells the story of Lyra (played by Logan’s standout star Dafne Keen), an orphan taken by her 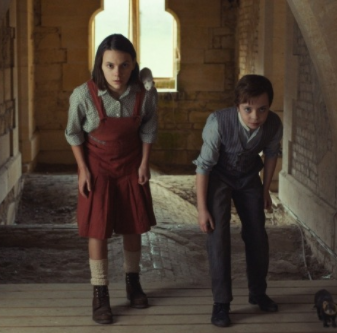 uncle, Lord Asriel (James McAvoy) to be raised by the schoolmasters at Oxford’s Jordan College. In this world, people’s souls exist outside their bodies in the form of animals, called daemons. Children’s daemons can change shape at will, but when they reach adolescence, the daemon settles into a permanent animal form. Lyra’s daemon is Pantalaimon, and he accompanies her on various adventures throughout the college along with her human friend Roger. Despite her propensity for getting into places where she should not be, the masters in Jordan College love Lyra, and they are devoted to keeping her safe. Lyra’s safety and the safety of other children become a large concern for people around town as poor children in the start disappearing. According to folks on the street, the children are being taken for a purpose that no one knows or understands.

Meanwhile, unbeknownst to Lyra, Jordan College is caught in the middle of a contentious disagreement between Lord Asriel and the Magisterium, the Church’s ruling body, which oversees every aspect of people’s lives, and takes a very active part in suppressing heresies (teachings and ideas that run counter to those of the Church). Lord Asriel has been conducting heretical experiments on Dust, an invisible (to the human eye) substance that attaches itself to adults, but not to children. Asriel has also discovered the possibility of other worlds, accessible through the Aurora Borealis, and he needs funding from Oxford to continue his experiments.

Thus episode one sets up some of the major players in Lyra’s story. As Lyra, Dafne Keen is adventurous and curious, with just enough naivete to get her into trouble. Lyra longs to spend time with her Uncle Asriel, the only family she has, but Asriel keeps her at a distance, electing to focus on his work in the North. Their relationship is strained and full of secrets. Frustrated, Lyra turns to a new adult, Mrs. Coulter, a glamorous woman (played by Ruth Wilson), who takes Lyra on as 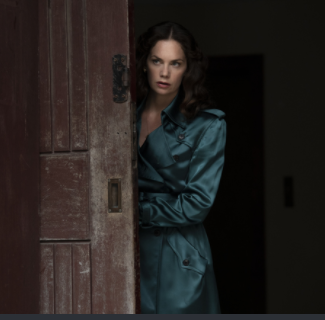 an assistant and promises to take her to the North. In the adult roles, McAvoy and Wilson are both intimidating and loom large to little Lyra. Wilson, in particular, has the challenge of acting like a very nice person while conveying that she might not be as nice as she seems.

The challenge for any adaptation of His Dark Materials is getting at the heart of what makes the books resonate with children and adults; the higher ideas about freedom and religion that enhance the story. Unfortunately, these sometimes get lost in the spectacle of daemons, and other magical beings that inhabit Pullman’s world (the further along we go, the more spectacular the creatures we will meet). If I were asked where the 2007 film adaptation went wrong, I would say it was in its spectacle. It was perfectly cast with a group of actors every bit as strong as the ones in the BBC/HBO series, yet the film did not work. In part, this was due to the fact that it tried to cram a lot into one film, but its failure was also due to its focus on the creatures and the locales. Judging from its initial episode, it seems that this new TV adaptation is trying to flesh out the characters more, examining their interior lives and motivations, as well as the themes of religious oppression. I feel that will remain the case throughout, and I can’t wait to see the rest. Are you ready for the adventure?