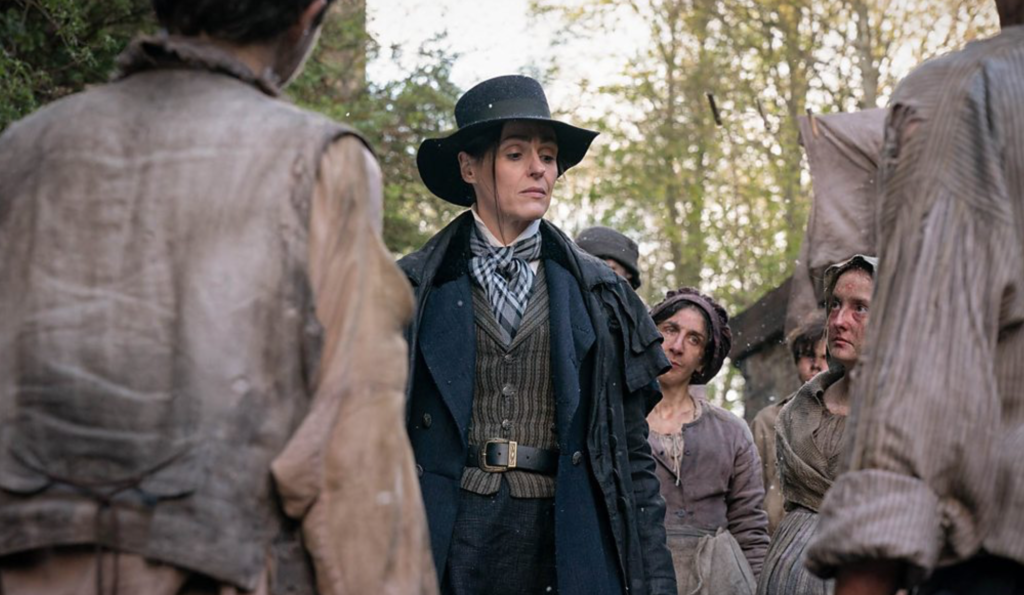 The election is coming to a close soon and town is simply riled. The Tory speaker was clearly unwelcome in town among the common folk. Wealthy elite against the working man, sounds a tad familiar does it not? Tension is high and practically ready to spill over. Back at Shibden, Ann Walker (Sophie Rundle) has received a letter from her sister Elizabeth (Katherine Kelly) regarding the manner of splitting the estate. Well, that’s a good start, right? Oh, past due rents and eviction notices. I’ll admit, I was disappointed in Ann’s choice. I would have thought her above that but I suppose it’s all part of Captain Sutherland’s (Derek Riddell) schemes.

But there’s also plenty of injury around the house. Seeing the condition of those leg ulcers I’m a tad worried about Auntie Anne (Gemma Jones). Sheesh, three people named Ann under one roof. No wonder you need nicknames. But also the cook Cordingley (Rosie Cavaliero) who seems to have a bad hip. I don’t blame her for reacting the way she did. I wouldn’t really want my boss in the room while I had a doctor check either. But it’s a good thing she apologized and Lister (Suranne Jones) is one to forgive good staff. And offers her time off to rest and attempt to fix her situation. Here’s hoping she takes it. 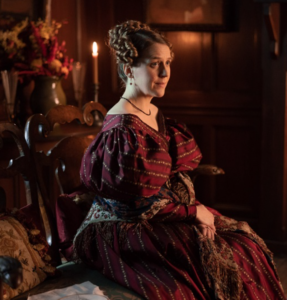 The evictions coinciding with the election is unfortunate timing, though perhaps it’s far more planned. As more emerges about Captain Sutherland, I begin to question how much of a puppet master he is. Because all these little strands coming together are beginning to weave quite a tapestry. Once everything is eventually in, civil unrest hits. It’s not surprising some wealthy families were hit. People are angry and man alive, doesn’t it sound familiar?

But the manor is safe, or at least safe enough for Marian (Gemma Whelan) to drop the bomb that she wants to marry someone. Mr. Abbott is not on Lister’s good side and if he is what Marian wants, then she’ll kiss everything Shibden goodbye. Ouch, Anne. But the biggest hurts for Anne come from the wifey. Walker picks up on Lister’s affectionate behavior post visit with Mariana (Lydia Leonard). No coming clean, of course. But everyone is put on guard when a wedding announcement emerges. Quite the joke indeed, though no one in the manor is laughing.

Lister gets to having it investigated immediately, but no news. Anne’s taking it in stride considering how many other things she has on her plate right now. Particularly her coal and dealing with beds. She has more land now and wants to expand her digging, but needs to make sure she’s not getting swindled by anyone else. Of course, she doesn’t know who to trust. And Holt (George Costigan) might have a drinking reputation, but you cannot trust a man who shows up and just tells you what you want to hear. Hinscliffe (Daniel Betts) gives me the weebie jeebies especially verifying what Anne wants to believe. I don’t think we can trust him.

Walker begins on the document trail regarding separating the estates only to discover her sister Elizabeth signed away all her shares back when she married the Captain. Sutherland certainly seems behind this and potentially pretty nefariously. But not as nefarious as Mariana’s recent letter which could suggest who is behind the marriage announcements. And the letter from the “well-wisher” who means the best for Miss Walker which is of course not sketchy at all. I do wonder if Lister is on the right track regarding who is behind it. But the first real marriage fight takes the episode cake and I felt for Miss Walker. She can see herself as a mother, but not necessarily with a man. Adoption would have been relatively non-existent or especially not discussed. But she keeps the faith.