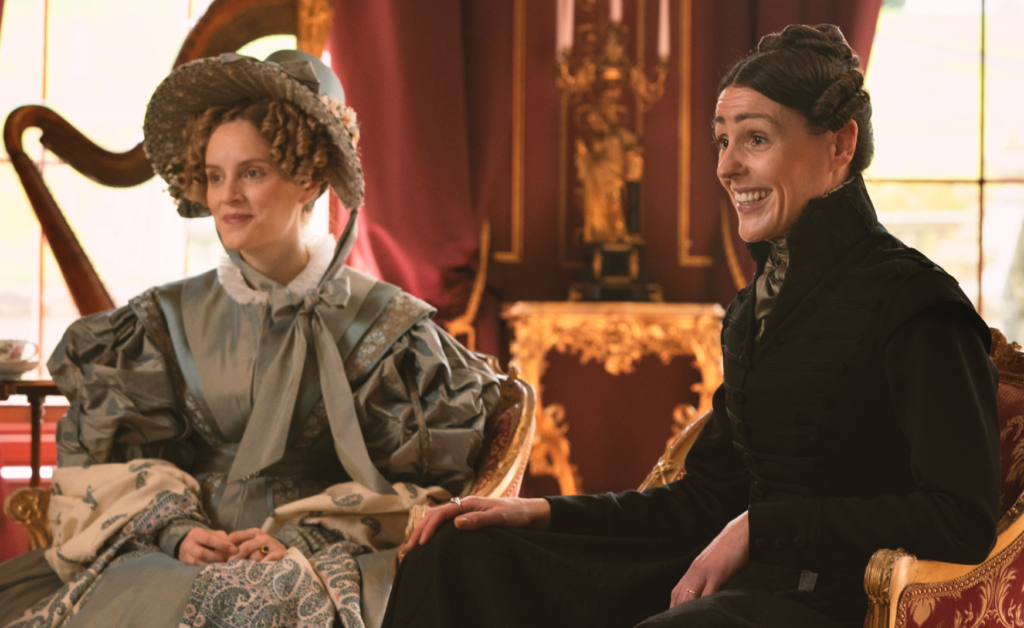 Lister (Suranne Jones) is convinced the Walker clan needs to see how happy she and Walker (Sophie Rundle) are. She wants people not necessarily to be okay with their lifestyle but to see that Ann is not being mistreated and is actually quite happy with Lister. It becomes a bit too mission oriented though as Lister continues with determination. Though Walker herself admits she sees a change in Anne’s behavior between visiting and being back in the carriage with her. Don’t forget to actually just enjoy your wife instead of proving to everyone you’re enjoying life with her. But considering the railway versus canal argument is heating up, she’s got a lot on her mind right now.

Meanwhile, Washington’s (Joe Armstrong) daughter Suzannah (Amy James-Kelly) admits to her mother she’s miserable living with her husband. She enjoys teaching the children their letters but the uncle Ben (Anthony Flanagan) makes advances and rude comments. Shortly after, her husband Thomas (Tom Lewis) claims Ben’s moved on. Hmm, has he? I don’t know, Thomas. I’m starting to question if you’re the sweet boy we thought you were. Doesn’t seem like it. But Washington checks in on her and wants her to tell him if the uncle comes back. But given the slow cinematography shot of the pigs, I think I know exactly where the uncle ended up. Right next to his brother.

But it’s things at home requiring most attention. Walker indicates a distrust of Washington after she asks for assistance and he declines. She recalls after losing her brother how her brother-in-law Captain Sutherland (Derek Riddell) was thick as thieves with Washington. Knowing her BIL might not completely have her best interest at heart, I’m not surprised she now doesn’t necessarily trust Washington. But also her little tête-à-tête with wifey at Crow Hill was noticed by another of Washington’s daughters and her friend Henry. So rumors might start going around a bit more. Then there’s also Mariana (Lydia Leonard) continuing to be petty with her back and forth letters. Look, sometimes you need perspective. Doesn’t mean it’s good or happy, but it’s necessary for life. You thought you’d have your side piece forever because you chose to follow security with a life with a man while she didn’t. Sorry, sweets. You’re gonna just have to live with that. But Lister does go to visit her with permission from Walker and it’s honestly just painful. 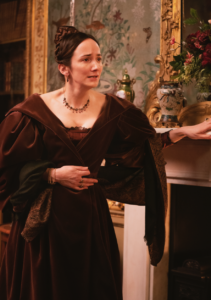 Mariana, you reek of bitterness. I’m sorry you aren’t thrilled with how your life turned out but that’s life? You chose to marry a man your parents pushed on you instead of following your heart. Lister didn’t. She chose to forge her own path and be her own person. It doesn’t surprise me in the slightest that at one point Mariana was disparaging about how Lister presents herself. Walker doesn’t care, she just wants to be with Lister and be happy. And that’s the difference. You want to have your cake and eat it too, Mariana. But it’s no longer your cake. But while Lister is away, her family is doing everything to make sure Walker feels welcome and it was so cute. It’s clear she’s not completely settled in and that makes sense. If I suddenly moved in with my in-laws I’d be awkward and want to stay in my room too. But I do see her fitting in and being very well liked by the whole Lister clan. However, Walker’s mind is on Lister’s visit. 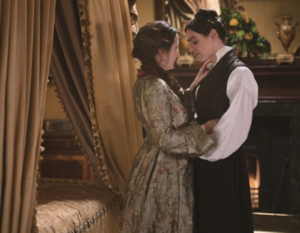 Mariana disparages her marriage to Anne. Yeah, he does sound super awful but again, you made your choice. Lister would have taken you. She would have absconded you to Shibden Hall to live happily there with her and her family. But you couldn’t make the leap of faith. You know who did? Her wife. But overall, super disappointed in you, Lister. Of course this is what she would do when you insist on remaining friends. Do you think she really wants to share you? 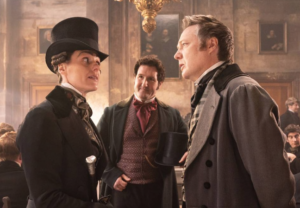 Lister is still mired in the fight between rails and canals, interested in protecting her stock but also interested in bettering all aspects of her life. Rails will need coal, something we know she’s mining and enjoys having as an asset. Minus the stealing from one Christopher Rawson (Vincent Franklin). Lister makes an impassioned speech and proves even if she’s female she‘s smart and can hold her own with the men. Jeremiah Rawson (Shaun Dooley) even comes over to compliment her. Save your words and stop stealing her coal. Between business at home and ex-lovers away, Lister has quite a second half of the season ahead of her.