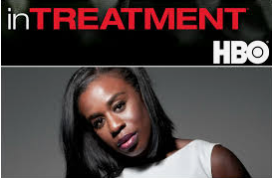 The Emmy-winning drama series IN TREATMENT returns for its fourth season this May on HBO and will be available to stream on HBO Max. Emmy winner Uzo Aduba (Mrs. America, Orange is the New Black) will play the lead role of the therapist at the center of the season, as the observant, empathetic Dr. Brooke Taylor. Remember, the first three seasons from 2008-2010 with Gabriel Byrne? This reimagining of the series is set in present-day Los Angeles and brings a diverse trio of patients in session with Brooke to help navigate a variety of modern concerns. Issues such as the global pandemic and recent major social and cultural shifts are a backdrop to the work Brooke will undertake — all while she deals with complications in her own personal life.

Recently Aduba and executive producers Jennifer Schuur and Josh Allen got to talk about their take on the series and we pull some good quotes here as we anticipate more IN TREATMENT.

Aduba – “This is easily one of the hardest jobs I’ve ever had in my life, hardest things I’ve ever worked on in terms of preparation. I’m in every scene and everyone in this show is working so hard and so intensely and delivering. It is also one of the most satisfying, fulfilling experiences I’ve also ever had. This project came into my life in a time that was needed and has brought an excitement and energy, there’s a thrill when you go to work. It stretches you, it’s growing me and I’m grateful for it.”

Schuur – “As we approached reimagining the show we wanted to make sure to honor the original American version and also make sure that we were updating the show and making it feel like a show being made in 2021, whether that be through setting, sunny Los Angeles rather than a brownstone in New York, and also having a more diverse cast, we felt that was important. We’re not trying to leave our predecessor in the dust, we are grateful to them, we admire that show in a myriad of ways. There was no way to start from scratch, we needed this to be season four.”

Allen – “We wanted to preserve the connective tissue between the first three seasons that everybody watched and loved into this season. There are so many ways that we’re honoring the first three seasons and not erasing that. We wouldn’t be here without that. That’s why it felt right to call it season four. Shows reinvent themselves, especially when they take a decade off, so we really wanted to make sure that people who loved and enjoyed the first three season, feel like there’s some connective tissue. When I first started seeing my first therapist, my family said ‘You’re not crazy so why do you need a therapist?’. There’s such a stigma attached to it, particularly with [people of] color so it felt important to me personally to put that on television, to show that we all need this. I wanted to make sure we were expanding the idea of who gets access to therapy and understand the circumstances and try and destigmatize it. Especially in 2021, when we all need it. Diverse patient pool.” 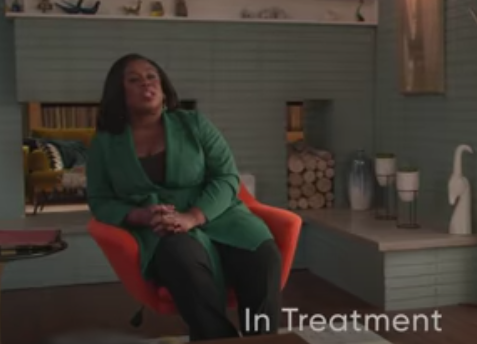 IN TREATMENT also stars Anthony Ramos (Hamilton) as Eladio, who works as a home health aide for a wealthy family’s adult son; Liza Colón-Zayas (David Makes Man) as Rita, Brooke’s longtime confidant and friend who supports Brooke as she contends with her own demons after a life-altering loss; John Benjamin Hickey (Jessica Jones) as Colin, a charming millionaire beach bum turned white-collar criminal reckoning with all the ways his life has changed following his recent release from prison; Quintessa Swindell (Euphoria) as Laila, Brooke’s distrustful, teenage client, struggling to carve out her own identity separate from her family’s overbearing expectations; and Joel Kinnaman (For All Mankind) as Adam, Brooke’s long-time on-again, off-again boyfriend who has resurfaced to create further complexity for her.

We should see a trailer soon I think; we’ll keep our eye out for it and pass it along to you.