The fourth week of therapy reaches a crescendo when Brooke has an emotional confrontation with two of her patients. Also, upon hearing an introduction on a talk show, Brooke finally breaks her silence with Paul, by sending a text. 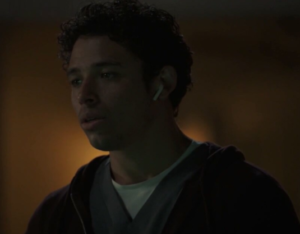 Eladio’s session is cut abruptly short by the patient, after Brooke questions the validity of his bipolar diagnosis. Often patients fake or exaggerate conditions to have access to medications or to give their ailments a name. The latter is true for Eladio. The young man does not have grand illusions of talking to the dead persons or mythical beings. Yet, by assigning himself an ailment, he has a ‘face’ of the mental issue he battles.

We see a montage of Brooke interacting with clients unseen to the audience.  In between the sessions, futile attempts to contact Eladio transpire in front of a slightly concerned Adam. Sensing that the patient-doctor relationship is evolving into a mother-son relationship, Adam asks his love: Do you want to be a mom?  This evokes a myriad of emotions from Brooke, who ultimately tells her love that she does want to be a mom.

Like clockwork, Eladio finally calls while Brooke and Adam are discussing parenthood and reluctantly acquiesces to Brooke’s suggestion to see a psychiatrist to validate the bipolar diagnosis. 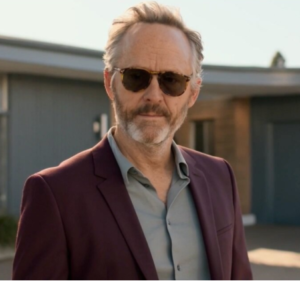 Our most enigmatic patient is seen looking distraught in Brooke’s driveway. Colin claims that his ex-wife decided not to come to the session, but this is only partially true. He never invited her, for her answer most likely would have been no. Colin’s ex-wife has moved on and is pregnant, and Brooke is slightly annoyed that her pro-bono patient intentionally left these critical details out. Her annoyance rises as Colin boasts of getting a vasectomy for “business reasons.” Brooke seeks to be a mother and Colin treats parenthood as an unwanted collateral duty in an occupation.

Colin’s deception strikes a chord with Brooke, causing an outburst of the words “have you learned anything?” being exclaimed. Colin is a narcissist and our good doctor states that she is at a point in her career where she has chosen to not treat narcissists. Colin’s prognosis is difficult to gauge. He deserves to be in a better place mentally, however, those within his circle deserve to be free of his self-indulgence and self-righteousness. In Treatment continues to thrive off of antagonistic characters that keep one’s attention.

Our youngest patient kicks off her session, teasing her therapist about driving Toyota Prius, while living in an upper middle class neighborhood.  Laila drives a custom Bentley from her father’s car dealership; a car that Laila appreciates and despises. Material possessions do not bring Laila happiness, but she is acutely 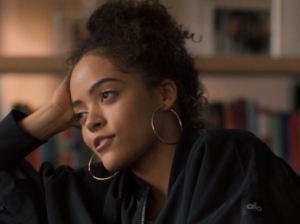 aware of the sacrifices made to give her a financially comfortable life. But her temperament is the inverse of comfortable.

Laila believes she is a disappointment to her grandmother, a woman that refuses to believe how much the world has changed. The family matriarch cannot be blamed for all of the adolescence’s issues, but Laila cannot confide in her grandmother. The distinctions between the norms of Generation Z and the early Baby Boomer generation could use this granddaughter and grandmother dynamic as a case study. Brooke is momentarily taken aback by Laila’s frustrations with her treatment methods. For brief instances the young woman becomes her grandmother, showcasing the stigma of mental health in the African American community. An unfortunate situation that Brooke can directly relate.

A friend assisting a relapsing alcoholic is not a trivial matter. Alcoholism can be micro in scope, physically and mentally deteriorating families. This causes a snowballing macro effect, that deteriorates society. Nonetheless, alcoholism has become a troupe in television plotlines. In Treatment’s source material (the original HBO run and the Israeli series BeTipul) and current writing staff manages to keep the situation interesting.

Rita appears at 4am, and even though this ass-crack-of-dawn intervention was Brooke’s idea, she is no less vexed. Rita’s temperament toward Adam is based solely on his fit for her friend. After listening to an anecdote about a trip the couple had to see a meteor storm, Rita accepts that Adam truly loves Brooke. Yet, Rita believes that he is an enabler for her alcoholism. Hours later, Adam arrives and unsuccessfully attempts to make his love leave the home. This does lead to an argument, rather than attempting to become parents. 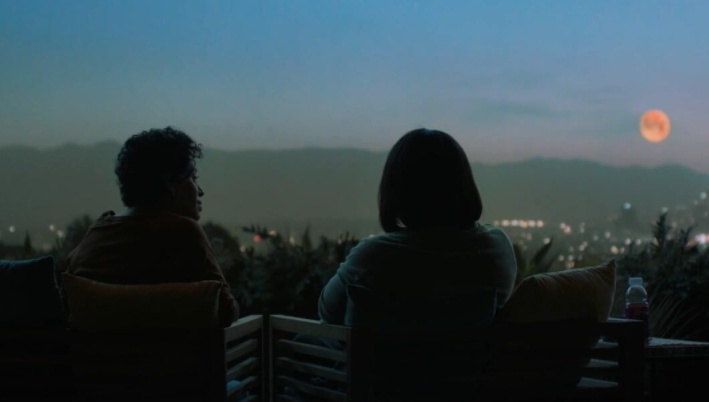 The last two weeks of In Treatment have been placed on HBOMAX, and HBOWatch will cover the penultimate and finale episodes in one review soon. Who is helped and who isn’t? We will see.