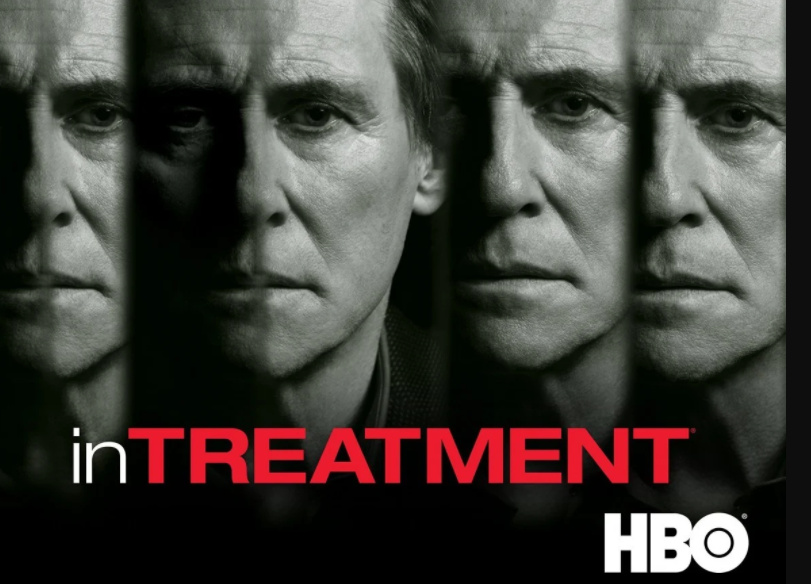 There has been no official word as of yet from HBO but there is talk out there that its half-hour show IN TREATMENT could return in the near future. Its format lends quite easily to the pandemic practices we are supposed to be observing, so it could be produced quickly enough.

In a former iteration of this site, we had reviewed the entire three seasons and over 100 episodes of IN TREATMENT but sadly, those records are gone. However, you may remember the Gabriel Byrne series from 2008 – 2010. In it Bryne played psychotherapist Paul Weston, speaking to his clients as well as his own therapist. People of all walks of life would arrive at his simple office with a myriad of issues to discuss. These were not one-off clients but viewers witnessed multiple sessions of a client giving a story arc to follow.

Even though we have him pictured above in the original run, there is no word if Gabriel Byrne, now 70, would return as Dr. Paul Weston or that the new version would even be about that character. A new therapist delving into the modern problems from the pandemic, etc., could be the focus and still fit the format. The original series offered an episode for five nights a week. Monday through Thursday the professional saw clients and on Friday’s installment Weston linked up with his own therapist. Dianne Weist filled that role. The show was produced by Closest to the Hole Productions, Leverage Management and Sheleg and was based on in Israeli program. The U.S. version was produced and developed by Rodrigo Garcia, lately of The Affair.

Wikipedia lists: The series was generally well-received, attaining positive reviews. On the review aggregator website Metacritic, the first season scored 70/100, the second season scored 85/100 and the third season scored 83/100.The Los Angeles Times‘ Mary McNamara called it “cleverly conceived,” well-written and -acted, though “stagey” and “strain[ing]… believability.” Variety‘s Brian Lowry deemed it “more interesting structurally than in its execution”. On Slate, Troy Patterson found it tiresome for its “nattering” and “ambitious hogwash”. In Entertainment Weekly, Ken Tucker gave it a “B+”, with “lots of great soapy intrigue.” The New York Times praised the show: “In Treatment […] is hypnotic, mostly because it withholds information as intelligently as it reveals it. […] The half-hour episodes are addictive, and few viewers are likely to be satisfied with just one session at a time. […] In Treatment provides an irresistible peek at the psychopathology of everyday life—on someone else’s tab.”