Back in July, it was mentioned that the series IN TREATMENT could get a relaunch, which makes sense in this age of pandemic if you think about it. 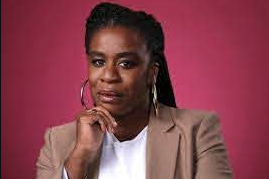 Psychotherapists just might be getting a lot of clients dealing with all the additional agita & stresses heaped upon us as of late. Well, further developments regarding the show’s return solidify that the series is indeed a go. This time around it is with Uzo Aduba (Orange Is the New Black). Here are details via an official press release:

The Emmy-winning drama series IN TREATMENT is returning for a fourth season on HBO with Uzo Aduba set to star. Production is slated to begin this fall under COVID-19 guidelines, with a debut scheduled for 2021. The series will air on HBO and be available to stream on HBO Max.

Uzo Aduba (Emmy winner for Mrs. America and Orange is the New Black) will play the lead role of the therapist at the center of the season, Dr. Brooke Lawrence. This reimagining of brings a diverse trio of patients in session with the observant, empathetic Dr. Lawrence while she wrestles with her own issues in this half-hour drama series. 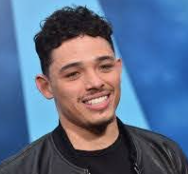 Just added to the cast list is Anthony Ramos (Hamilton). Ramos will play Eladio, a patient who works as a home health aide for a wealthy family’s adult son.

It is not clear whether the series will follow the exact format of Gabriel Byrne’s original three seasons. In the first season, he met with a different client each night of the workweek and then saw his own therapist on Fridays. We will have to wait to see how it plays out. One thing, right now, that we can give you, even though we do not have any Season Four footage yet, is a strong sense of the tone this show takes. I’m quite confident that the tone presented below will carry into Aduba’s run as well.

We will give you more information as it comes as we await the return of IN TREATMENT. Again, I feel that the timing is right for this type of story as we all find ways to cope with where we find ourselves. Also, the format, especially if Season Four adopts the original format, will minimize the current dangers by keeping cast & crew at a minimum. Plus, the series will just help HBO add some needed content. Bryne’s run had a total of 106 episodes and we can hope that Aduba’s take can be just as successful. I, for one, and looking forward to her in a therapist role without even seeing a lick of footage.