In our third week of therapy, Dr. Brooke Taylor makes yet another revelation about her troubled adolescence: She never had an abortion, rather was forced to give her child up for adoption. A certified DNA handler/notary arrives to collect Brooke’s fingerprints, DNA sample, and signature. She is seeking out her lost son. 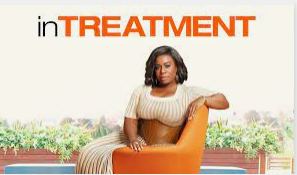 Eladio remains the most talkative and open patient, yet his plight is no less complicated. The young man is in love with Jeremy, the young man that he caretakes. Eladio is finally effective at a job and has a potential soulmate, but is underpaid, not fond of his employers’ political stances, and has unresolved issues due to the absence of his mother. 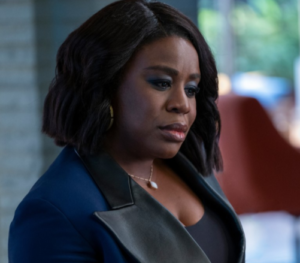 Eladio unpacks layers and layers of childhood issues and Brooke attempts a common therapist method that involved apologizing on behalf of the patient; in the place of the guilty party. Eladio shuts down in the middle of this approach and asks to end the session earlier than the allotted time.

The young patient is open on the surface yet blocks direct attempts to address his issues. He is afraid that effective therapy will eliminate the need for Brooke, his unofficial mother figure. Eladio loves Brooke and is in love with Jeremy.

Colin remains the most enigmatic, going as far as asking to bring his estranged wife to his court-directed therapy sessions. Brooke is not completely against the notion but reiterated that therapy is strictly for the said patient. Nonetheless, Brooke agrees to the request, if the ex-wife comes on her own accord. 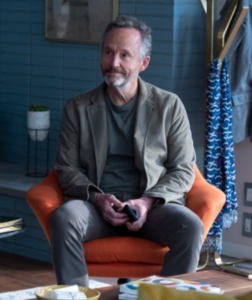 Colin likes an audience and wants the audience to like him. The middle-aged man’s situation is a grand representation of a midlife crisis; Colin checks all of the following boxes for an identity crisis.

Next week, will the good doctor have two patients during Colin’s session?

Thus far, Laila appears to be a caricature of a young troubled black woman, rather than a fully fleshed-out character. This was my analysis last week and it remains as such upon the close of this episode. Caricatures are mostly detrimental to stories; however, Laila gives a voice to a demographic that often is stereotyped as argumentative and excusatory.  That demographic is African American females

It is acutely apparent that Laila is suffering from the negative effects of her grandmother’s disciplining yet defends corporal punishment as a deterrent to juvenile delinquency and disrespect to one’s elders.  She simultaneously sees herself as fortunate to have a strict grandmother that instills discipline, and as a victim of 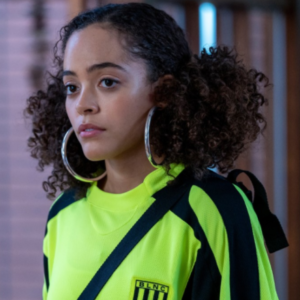 archaic corrective methods. Brooke is visibly annoyed for a moment, commenting that too any black families depend on scolding and beating instruction into youth, rather than being nurturing. This assessment will vary amongst persons, however, is a profound observation.

Brooke has yet to tell Laila’s grandmother that her granddaughter plans to flee with her girlfriend to Mexico.  It is heavily implied that Brooke often has thoughts of fleeing the home that her father left her. Laila and Brooke’s contemplation on how to handle their ordeals give a literal interpretation to the physiological response ‘Flight or Fight’.  Will they weather the storm with appropriate therapy or will they escape their physical locations only to carry their overwrought emotions on the journey?

Brooke opens a certified document that reads with devastating news:  There is no genetic match to her DNA profile.  A distraught and heavily inebriated Brooke thus drunk-dials Rita. 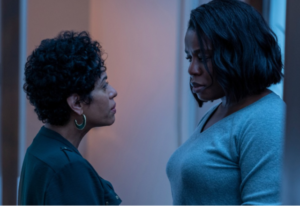 The medical expert that suffers from addiction has been a heavily visited television troupe. Although this episode does not break new narrative ground, the performances and direction elevate this familiar material. Rita’s compassion transcends into slight aggression, and all but drags Brooke into an Alcoholics Anonymous meeting. Paul Weston, the lead in the original run and first three seasons of In Treatment, would be a great source to confide in for Brooke. Yet, her avoidance of Paul’s emails and causes calls for concern from Rita. Will her lifelong friend push her away in the same manner?

With two weeks of therapy left on the viewer’s end, will there be any resolution to our patient’s plights? As reality and the realistic nature of this series goes, there is no absolute resolution to life’s ordeals. We only find compromise and methods to transcend trials and tribulations. We’ll have to see what happens to these few as the series continues on HBO.