The final two weeks of HBO’s revival of In Treatment appropriately concludes the fourth season yet leaves just enough for viewers to yearn for more sessions with Dr. Brooke Taylor. I say just enough not to be condescending, but to acknowledge the succinctness of the first three seasons of this wonderful series.

Season Four is certainly indicative of HBO’s gold standard programming but does not break new ground. Dr. Taylor and her patients are a showcase of effective writing and acting, but at times can feel derivative of the earlier patients and Dr. Paul Weston. Regarding Weston, although one of HBO’s most memorable characters, not physically showing Weston is an intelligent decision. This new series needs to not rely on wistfulness to prove its worth.  The penultimate and finale episodes elevate this iteration of the series to stand on its own merit and be a worthy entry into the In Treatment series. 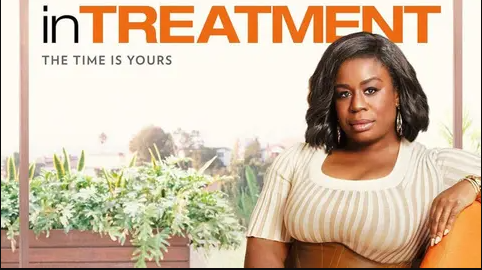 An unexpected visit from Eladio delights and confuses Brooke. It is indeed his hour for therapy, but their interaction has transpired over internet protocol.  Despite the young man’s enthusiasm to share his feeling and interactions since the last meeting, Brooke is troubled by Eladio’s decision to terminate his work 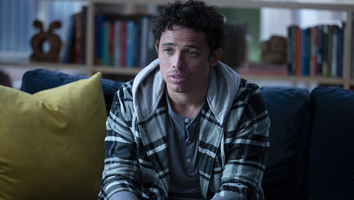 with the De Marco family.  To misconstrue a friend or advisor’s counsel happens abundantly, possibly more amongst those with mental health issues. Eladio’s decision was sound and rash: He quit an employer that was overbearing and underpaying. Conversely, he left without having another job lined up and ended an occupation that he excelled.

The brilliance of In Treatment is the series’ rigorous research of psychiatrics and the ability to dramatize the science for audiences. After Eladio repeatedly accuses Brooke of implanting the idea of resignation, Brooke has an f-bomb laden outburst. Realizing that her course of treatment is becoming detrimental, Brooke apologizes and refers Eladio to another therapist.  The young man refuses, leaving $275 for the next session before he departs.

Eladio’s issues do not prevent him from knowing that Brooke’s purpose is not to be a life coach or career counselor.  Yet, Eladio is convinced that they are meant to have a relationship beyond organized sessions.  In a predictable but suitable ending, Eladio accepts the referral and departs from their last session.  If Eladio’s story continues, he and Brooke will be integral parts of each other’s lives.  Returning patients were intermittently dispersed throughout the original origin of In Treatment, thus the prodigal son may return. 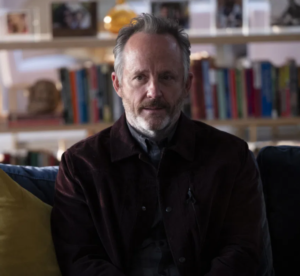 The unannounced guest streak continues with Colin. Colin’s impromptu visit exposes Adam’s insecurity and further vexes him when Brooke asks him to give her and Colin the room. Adam feels like a child sent to their room for an infraction, an annoyance that leads to an inevitable argument.  Two-way arguments can become repetitive, particularly in five confined 30-minute episodes per week format. In Treatment manages to be effective in its execution; Colin’s plotline being the best example. Colin is not the most likable character, despite his main problem is yearning to be liked by others.  Colin’s reason for arriving uninvited or unscheduled is his grumble with Brooke’s report to the court.

Colin and Adam share a common gripe: They know that Brooke is smarter than them and that Brooke knows this fact. More of Colin’s lies are exposed and instead of owning up to his deceit, Colin goes on a tangent about how all people, not just white males, have caused irreversible damage to humanity.

For reason unknown, other than to continue the storyline, Brooke keeps Colin as a patient. She even gives a positive review to the court.  No person in need should go without receiving professional help, but Brooke’s instinct and training should cause her to refer Colin to another therapist. Despite the wealthy man admitting his true anger comes from people’s lack of astuteness to fall for his manipulation, this narcissist will now have more time to use Brooke’s services as his playground.

Laila’s words “I just want it to end” prompt Brooke out of sheer concern and adherence to federal law to ask the question “Are you thinking about suicide”? 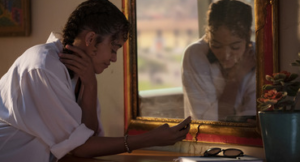 Laila is angered and does not provide an answer.  She has shown the signs of someone that is suicidal and/or someone planning to run away.  Laila leaves her Bentley, phone, and credit cards behind.  Not even her girlfriend knows her location.

Rhonda is the third person to show up announced, granted for good reason. Laila is missing.  As the duo attempt to find the missing teenager, Rhonda berates Brooke for not “fixing” Laila.  Rhonda’s mentality is a picture example of black American’s stigma with the subject of mental health.  Brooke explains that Rhonda’s yearning for Laila to have a “normal” and “successful” life is the primary reason for her rebellious nature.

Laila calls Rhonda from a South American country and is genuinely happy. The patient and therapist realize this is a temporary solution, but Laila has decided on her own accord and is happy.  Rhonda is relieved but unsure of what actions to take.  When answering a call from Laila, Rhonda asks what to say.  Brooke responds “Just Listen”

In a scene reminiscent of Shakespeare’s Hamlet, Brooke has a conversation with herself.  The well-dressed Brooke, sitting in the therapist’s chair, is our objective voice.  The subjective Brooke is hurt and evasive from herself.  She is further aggravated that Paul canceled his visit due to scheduling issues. Brooke realizes that 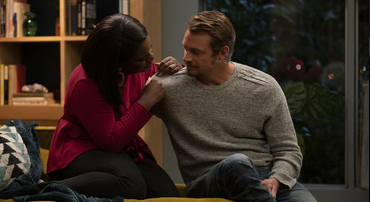 not all her anger is from her overbearing father, a man that also instilled perseverance in his daughter.  Brooke is upset that her kind and loving mother, allowed life’s issues to drink her liver away.   And now she is heading in the same direction with her alcoholism.

After accepting her own findings, Brooke must apply these revelations to her life.  Adam and Brooke go from dancing to late 1990s R&B to arguing about who is the toxic person in the relationship.  The couple concludes that toxicity is not the problem. Allowing toxicity from their pasts to define their future is the problem. The season concludes with Brooke calling Rita to formally begin the rehabilitation process.  In Treatment’s return is welcomed by most reviewers and viewers.  Season Five has not been announced, but post-COVID take on Brooke and her patient’s escapades could be enticing.  Perhaps the biggest question is will fan-favorite Paul Weston make an appearance?  If so, will this be more than a fan-pleasing cameo?

What are your thoughts on In Treatment Season 4?  Is it on par with the original run?