This is the second of three posts that have been created by a guest writer for HBOWatch. If what’s offered is seen favorably then CAROLINE FUGER will soon be a permanent writer for the site. Good luck, Caroline!

In Treatment will not be renewed for a 5th season, HBO/HBO Max Chief Content Officer Casey Bloys recently reported to Variety. The fourth season of In Treatment starred Uzo Aduba in the Emmy nominated role. The frst three seasons ran from 2008 to 2010 and starred Gabriel Byrne in the lead role. Speaking at 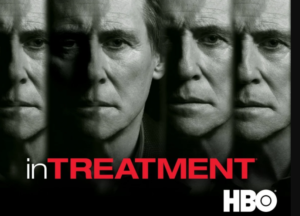 the Television Critics Association virtual press tour, Bloys said the decision to renew the series for a fourth season, after more than a decade hiatus ,“was really a response to when we were talking about the pandemic and how do you shoot, what kinds of shows lend themselves to production. Then out of the conversation came ‘In Treatment’, since it takes place in the therapist’s office, making it easy to shoot with COVID protocols.” He also said, “working with Uzo was the big one there and that was great, but no plans to continue doing that.” 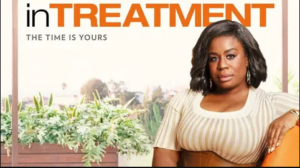 The reimagining of the series was set in Los Angeles and with a global pandemic and social unrest, the timing of the new season of the series was right. Along with Uzo Aduba (Orange Is the New Black), the series also starred Anthony Ramos (In the Heights), John Benjamin Hickey (Jessica Jones), Quintessa Swindell (Euphoria), Charlayne Woodward, and Liza Colon-Zayas. Season four introduced a new therapist in Brooke Lawrence (Uzo Aduba). Each episode focused on a single session and also followed Dr. Brooke on her own journey as she continued checking in with her sobriety coach.

Although there are currently no plans for the show to return as of right now, the show had decent ratings and a loyal fan base; had a relatively low budget to produce and had an award-winning and recognizable cast. In a few years, fans of the show may get the chance to visit with yet another new therapist.

You can find all four seasons of In Treatment  on HBO Max.