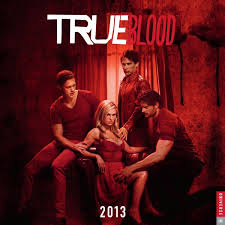 HBO’s TRUE BLOOD had a panel discussion on July 20th at Comic-Con in San Diego. Though this writer was not there a number of sources report that the usual questions about who Sookie Stackhouse would end up with were brought up. But the biggest question seemed to focus on who was going to die before the end of Season Six which, at this writing, only has five more episodes to go. Remember, it is Sunday night at 9:00pm ET.

To help shed light on that matter a video clip teasing the back half of the season was offered and we offer it to you as well.

FANGTASTIC! Coming up is Sookie eulogizing, more fangs and blood and vampires about to greet the sun. What the hell is going to happen Oh yeah, besides a Season 7?

Well, we can offer one hint. Sookie wouldn’t be saying those impassioned words about an enemy so, whoever is going down is someone she cares or cared for very deeply, right?  You are not going to want to miss it. HBOWatch won’t. We will continue our reviews of each episode to the very…blood…soaked…freakin’ end!