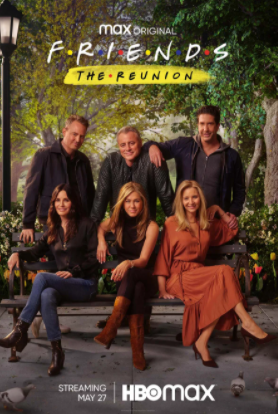 The first full trailer for the Friends Reunion has landed and it is very clearly much more of a reunion show than it is a reunion episode. This news will be sure to disappoint those who were hoping for an episode that picks up a few years into the future giving us a glimpse back into the lives of TV’s most beloved gang. However, this feels like the best choice as there is too much at stake to consider bringing everyone back to their roles almost 17 years on. The beauty of the ten seasons was in the dysfunctional storylines and the natural chemistry between co-stars. Now that they have had time apart, this chemistry would be diminished and the anticipation from the world would be impossible to satisfy. The result would be a bunch of really unhappy super fans who’s expectations were never, ever going to be met – and no one wants that!

What we have instead is what looks like a reunion show. In the 60 second trailer, we see our Friends returning to their set, re-enacting well-known scenes around a table and playing a quiz in the form of Ross’ quiz from “The One with the Embryos,” which saw Monica and Rachel lose their apartment to Chandler and Joey in a trivia contest. There is an immediate warmth from this trailer, seeing all of them together again in Monica’s apartment, hanging out and having fun as if the last 2 years of utter chaos and disaster never happened is the warm hug we all need. It is comforting to think they’ve all been living in a parallel universe of rent control, studio laughter and no Covid-19. 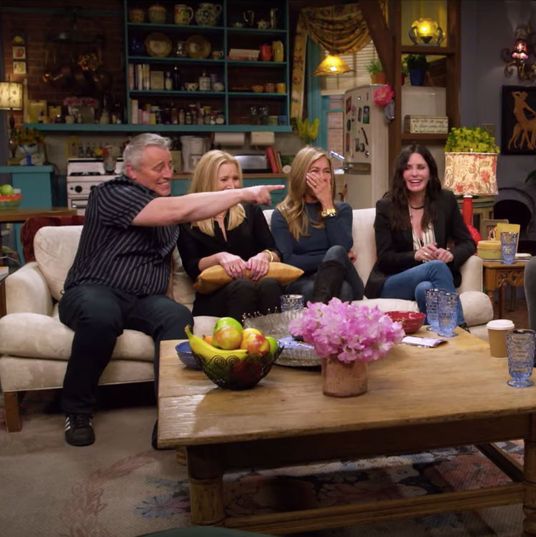 With this, and the announcement of a bonkers line-up of celebrity guests, I am sure we are in for an entertaining show, which sees everyone together again, telling stories, playing games and reliving some of the shows most memorable moments. My guess is that Justin Bieber, David Beckham, Cara Delevigne and Cindy Crawford might have something to do with Ralph Lauren – perhaps a skit? BTS and Lady Gaga could provide some musical interludes, a cover of ‘Ill Be There For You’? Or even, ‘Smelly Cat’? Thomas Lennon, who you will know as Joey’s identical hand-twin from Vegas is on the docket – perhaps the double act will finally get its debut? Of course there’s Christina Pickles and Eliot Gould (Jack and Judy Pickles), Maggie Wheeler (Janice) and James Michael Tyler (Gunther) but who knows in what capacity they feature. Will it be interviews? Or re-enactments? Or skits? Larry Henkin (Mr. Heckles) is also featuring, which must be as an interview as Mr Heckles died in season 2. Mystery surrounds the purpose of Kit Harrington, Mindy Kaling, James Corden and Malala Yousafzai, perhaps superfans? Perhaps interviewers? James Cordon’s voice narrates the trailer so perhaps he is the host of the reunion? So many questions and so little time to wait!

What do you think the reunion will entail?

FRIENDS: THE REUNION, debuts THURSDAY, MAY 27 on HBO Max.