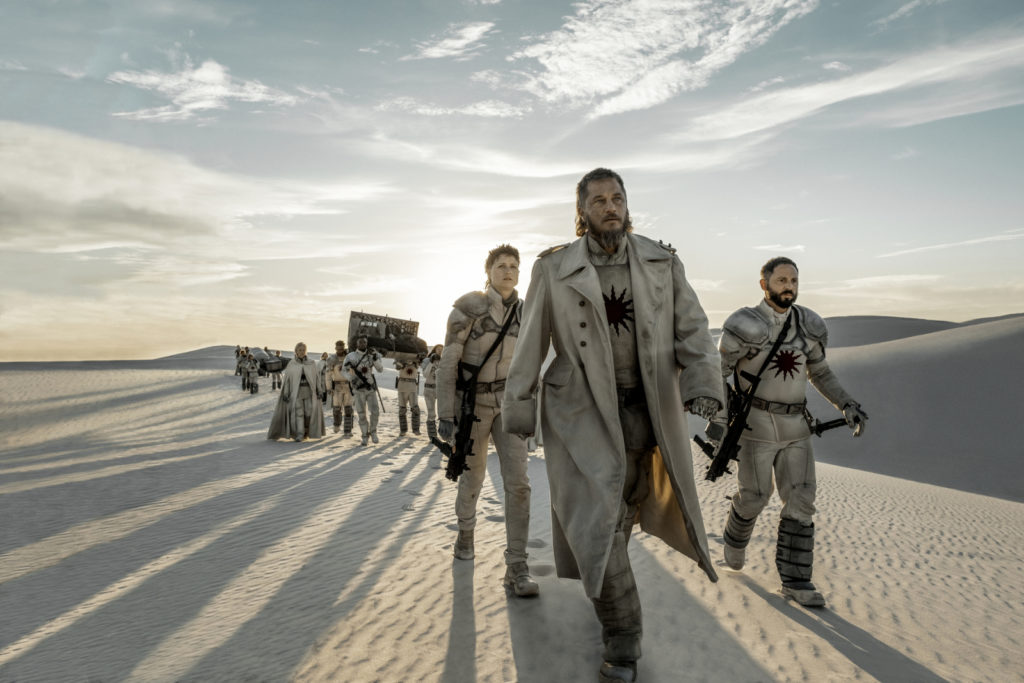 The penultimate episode and season finale of HBO Max’s most ambitious series have aired, further cementing Ridley Scott as on of the finest auteurs to have stood behind a camera.  Of course, episodes 3-9 were helmed by other competent directors, while showrunner Aaron Guzikowski led a sound team of writers.  Yet, Scott’s vision is the overarching vision of this series.  Scott’s science fiction classics Alien and Blade Runner, and the recently reassessed religious epic drama Kingdom of Heaven all come to mind when viewing Raised By Wolves.  However, the miracle of birth, a central theme in the Scott-produced-but-not-directed Blade Runner 2049 emerges in latter episodes of Raised By Wolves.  This is an innovative and entertaining series that is the culmination of new talent in the likes of Guzikowski, and over six decades of experience from the likes of Scott. 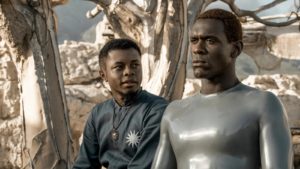 Episode 9:  Mother is carrying another fetus.  When Mother interfaces with the Mithraic simulator, her creator and virtual lover Sturges Campion, informs her that Mother’s previous fetuses were a trial to prepare for this “special” birth.  Father grows increasingly jealous due to Mother’s distancing. And when Father finds out Mother is in love with Sturges Campion, he is distraught and heartbroken.  Like its flagship channel counterpart Westworld, Raised By Wolves explores and questions what it means to be human.  The relationship between the two non-human characters, is the series most tangible aspect.  Superb acting and writing makes it possible for the viewer to empathize with Mother and Father.  While scouting locations for Mother to deliver her offspring safely, the synthetic parents are attacked by an unknown being, which is determined to be a de-evolving human.  If humans have been occupying Kepler-22b for hundreds of years, what happened to them?

In the most thrilling scene of Raised by Wolves, Tempest kills the rapist that impregnated her, in a scene that would make a parole officer either cringe or show his/her masochist side.  Trust me, you will understand once this Hitchcockian scene is viewed. 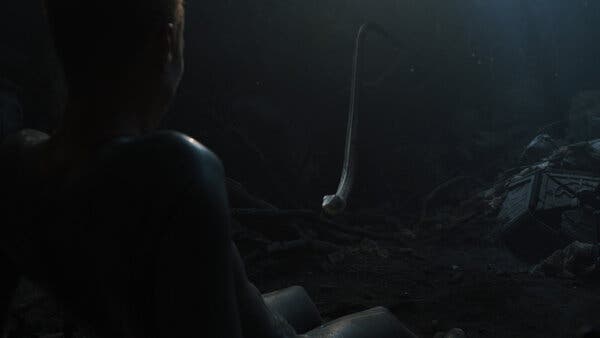 Episode 10:  Young Campion is delighted to hear Father’s abysmal jokes, for Marcus’s reprogramming of Father in previous episodes has been fully reversed.  Campion and the other children have their father back.  Mother, on the other hand is about to become a real mother.  As previously stated, the miracle of birth is at the forefront, yet what Mother births is seemingly a curse.  Mother’s offspring finally explains what species left the giant reptilian all over Kepler-22b.  From the pilot episode, it was obvious that Mother and Father are analogous to Adam and Eve.  Yet, Mother’s offspring may be analogous to Satan.

Marcus continues to plunge further towards insanity, and his role as the Mithraic leader is all but finished.  Raised By Wolves is the ultimate agnostic stance on the meaning of life. On one hand, Raised By Wolves argues that logic and reasoning trump spirituality in this journey called life.  Conversely, Raised By Wolves argues that all of life intricacies cannot be scientifically explained.  The conflict of science and religion makes for thrilling and insightful storytelling.   Marcus’s plight has yet to come full circle, for the finale’ leaves much to be desired with the conflict of the Mithraic vs. Mother and Father.  Sue, like Marcus has been exposed as an imposter. Ironically, in a Christian manner, Father and Mother forgive her, and welcome her to stay in their company.  Paul is not as forgiving.  He knows that Sue is not his true mother, and violently exhibits his disgust of her treachery.

The sophomore season of Raised By Wolves cannot arrive soon enough.  The pandemic and HBO’s reputation of not to rushing series (excluding True Detective Season 2), will undoubtedly cause this series not to be released until late 2021 or early 2022.

Whenever this series returns, this reviewer will be watching.