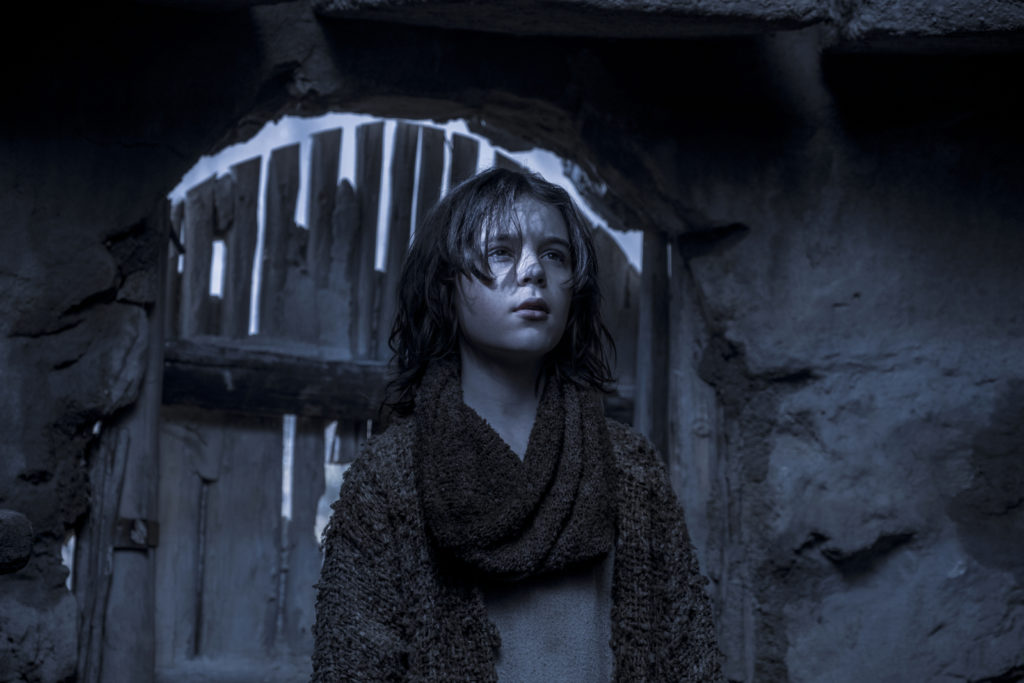 We have all come to understand that Mother is prone to violence – especially when it comes to protecting her family. We find out about Mother and see how vulnerable she is when she does not have her “eyes” (the set that could fry and kill everything in her path). We see how Mother came to be, her creator, and how her power seems to be dwindling. Personally, I thought that Mother was mentally unhinged (even though she is a droid) and her behavior towards Father in previous episodes led me to believe that she would attempt to deactivate him again. It is as if the more she wants to control something, the more it slips through her grasp. Father is reprogrammed into someone the kids do not recognize – he is cold, emotionless, and doing his job as an android, carrying out tasks with precision and skill. We see a glimpse of the old Father – during a jaunt into the forest – where it looked like Mother was a goner. Not entirely, as Father does not dispose of Mother as he was instructed to. Pay attention to the twitch in Father’s finger. I might be a little more than just a mechanical failure. 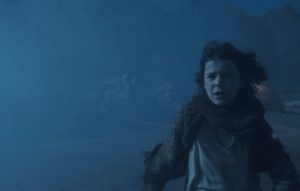 Marcus is a damaged man – we see portions of his back story, which makes his character morally dubious. Is Marcus a good guy with bad tendencies or is he a bad guy with some hope for redemption? Marcus also appears to be injured in some vague way – he hears voices that nobody else does – so is this an injury, some sort of post-traumatic stress disorder he is experiencing or is this something in his subconscious? Marcus has control of Mother and has her restrained and kept captive in one of the silos. This would have been the time to kill her and yet, Marcus hesitates. Why? Does Mother have a greater role in Marcus’ fate? Marcus gains power in this episode and one must wonder about the phrase, “with great power comes great responsibility” – will Marcus become corrupt or will he become a leader? His rough treatment of Paul earns a hard slap across the face from Sue. When Marcus has his flashbacks of his child fighting days, could he be the one that the Mithraic prophesized about? We are all lead to believe that Campion is some sort of chosen being, for a higher purpose that we’ve yet to find out about.

We also see how the kids have been suffering – emotionally and mentally, throughout this episode. Being raised in a hostile environment by droids is not natural. Stealing kids from a ship and trying to form a new family with the pretense that everything is going to be fine and that religion will not have any influence on them as a family is a little unrealistic. Campion being pressured and almost forced into accepting the Mithraic faith is also damaging – this teen was the last sole survivor of the children, raised alone by his android parents and now has to welcome a group of strangers into his home. One child in particular, Paul, stands out in that he and Campion rub each other the wrong way. It goes beyond sibling rivalry. Lots of twists and turns in this episode – including a chilling scene where we see the ghost-like figure of Tally (who died in the first episode) and she appears to be beckoning Campion to “join” the rest of the dead siblings – which is extremely unsettling and very creepy.

The word mass brings a few things to mind: Mass, as in a holy event or gathering inside a house of worship; a mathematical term or an unknown growth inside a body. Two of these things definitely apply to this episode. After a nasty nightmarish sequence to open this episode, Marcus is on the move, trying to instill a survivor like instinct in Paul and does not want to baby him. Will Marcus push Paul to become a hardened child soldier, like he once was? That would be tragic.

Campion is still captive inside the silo and he is not alone. When your mind begins to play tricks on you, it is hard to discern what is fantasy and what is reality. Especially seeing as how Campion has been so lonely and has missed his dead siblings. In a weird way, Marcus is concerned about Paul being shielded and coddled by Sue and here is Campion, who’s been an only child (not by choice) and has forced to grow up and develop self-preservation skills, in order to survive. Campion refuses to stay put and continues to chip away and dig deeper, attempting to escape.

Campion hears his dead siblings’ voices. Marcus hears whispers as well. Kind of worrisome that these two this in common. With Marcus becoming increasingly unstable, Sue begins to form a plan to get away from him and take Paul. Paul will go but wants to bring Campion with them (this boy has a lot of empathy) and it is nice to see that level of compassion in a youngster. Paul has been dragged around and the poor kid cannot catch a break: he has been secretly helping to feed Campion and Marcus finds out. This does not bode well for Paul or Sue. Sue finds herself imprisoned in the silo after a struggle. One thing that I have noticed is that although the adults in this series do a lot of fighting, it is the kids that are the ones who ultimately suffer.

Tempest has been wanting to get away for some time now, and it is understandable, given the trauma she’s endured. So, when we find out that Tempest has run away, it’s not a surprise. The kids have a better grasp on the situation and they probably know that Marcus is on a dark, downward spiral – clearly seeing he is mentally unstable. This is dangerous for everyone. Campion is able to escape the silo with Paul’s help, but the silo is accidentally set ablaze. And people can often confuse signs with religious fervor – which is exactly what Marcus does when he sees the silo on fire. So many things can be interpreted as signs, but I guess when you are a religious fanatic, everything around you can be a sign from a higher being or power. Campion takes off, Holly and Vita join Paul and Sue. Marcus is going to lose his mind over this.

Mother, for her part, has been inside the Heaven’s Ark. She has been trying to mend her wounds and has found further pain and discomfort – is it a cancerous growth? Is it a part that’s malfunctioned? Could it be some sort of hybrid fetus growing inside her? She finds she is not alone when she meets another android with medical knowledge. Mother receives some sort of blood transfusion and discovers some startling knowledge about necromancers and how they were created. Mother also finds that there is an object embedded inside her stomach. With Mother inside the ship trying to get some sort of medical aid, it leaves Campion open to attack. And he is vulnerable because who ends up finding him? Father. Barely escaping with his life, Campion, Sue, Paul, Holly, and Vita flee into the forest.

So, will they make off the planet? Will Marcus go completely radioactive on everyone in his path? Is Mother pregnant with her Creator’s baby and if so, will the baby survive?