For so many of us, television is a comfort blanket and there is no show more cozy and snuggly than Friends. A feeling shared by millions around the globe that these six people really will be there for you. On dark days, happy days, down days and up days, there a few problems that can’t be fixed with a couple of episodes of Friends. 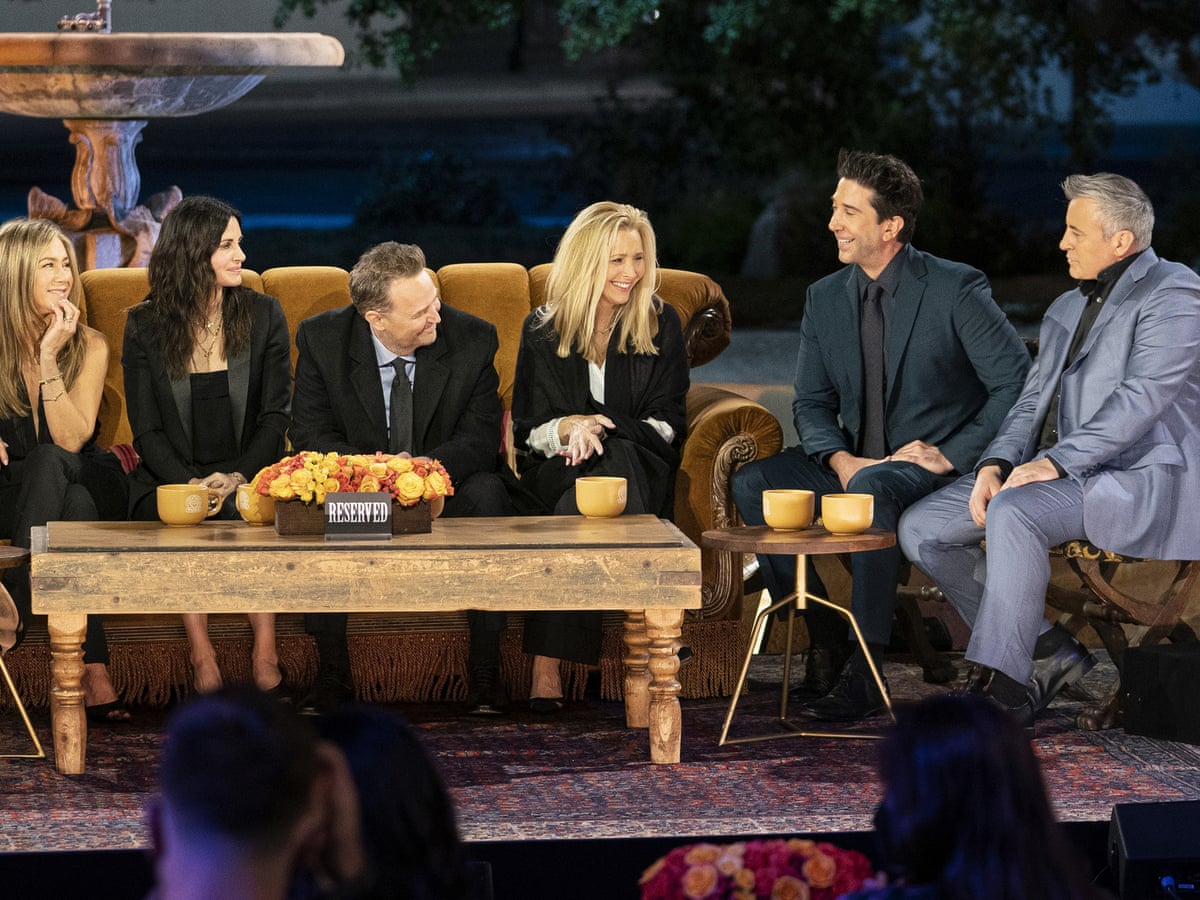 Since the finale aired in 2004, there has been much speculation about whether or not we would revisit their lives in either a one-off series or a film. Such a notion felt less likely as the years went on, but the announcement of a ‘reunion’ started tongues wagging once more. However, instead of bringing back the characters in another round of stories and dramas it was decided that the reunion would take a much more documentary-style affair. This was undoubtedly the right choice, and while the reunion show was not without its faults, it was a whole lot better than asking these people to come back to characters they hadn’t been for almost 2 decades.

The strongest moments of the reunion came when the cast was left with just each other in recreations of the apartments and Central Perk. As each one entered through the stage door and stepped back into the set, they become overwhelmingly emotional and as they finally all came together again, in Monica’s apartment (of course) it was difficult not to shed a tear. Here on the sets, they chatted, reminisced and also re-enacted the famous quiz from “The One With The Embryos” which was a clever way to bring in Larry Henkin (Mr Heckles) and Tom Selleck for unfairly small cameos. However, the highlights of this were the table reads which were edited together with the original scenes. Hilariously, we watched Lisa Kudrow revisit the moment she discovered Chandler and Monica were secretly 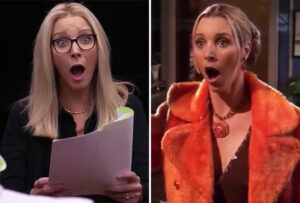 an item, however, the most touching of all was Jennifer Anniston and David Schwimmer reading the scene when Ross and Rachel kiss for the first time. A moment that was so much more emotional having found out mere moments before that David and Jennifer were actually very much into each other for the first couple of seasons. They never got together (they say) but they both really wanted to and the behind-the-scenes footage of them on set together was like watching two high school kids in the early stages of their relationship. This shocking revelation was a wonderful moment as the rest of the gang fully corroborated their on-set flirtations. Thus, making it very clear, how Ross and Rachel were able to have the truest chemistry on set. 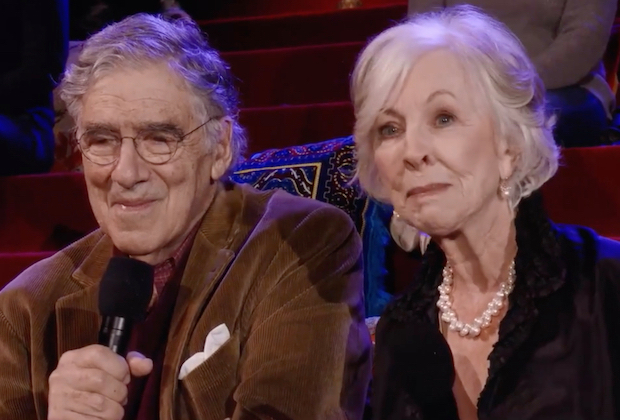 The interview with James Cordon and the talking heads of random celebrities was a good way of weaving everything together but really didn’t add much to the reunion as a whole. It is a known fact that millions of people loved this show and a few seconds of Malala and David Beckham telling us how they enjoyed it too, felt a little out of place. James Cordon’s interview was fine, but it didn’t seem like the gang were really feeling it. Again, It was a good way of bringing in characters like Ross and Monica’s parents Jack (Elliot Gould) and Judy (Christina Pickles) and of course (via zoom) Gunther. But no one really needed a catwalk of pink bridesmaids’ dresses, Justin Beiber as “Spudnik” and an ageless Cindy Crawford in leather pants. Although, Cara Delevigne dressed as the Holiday Armadillo was highly entertaining. Some of this felt a little cheap in comparison to the gloriousness that is the six stars coming together again on sets. 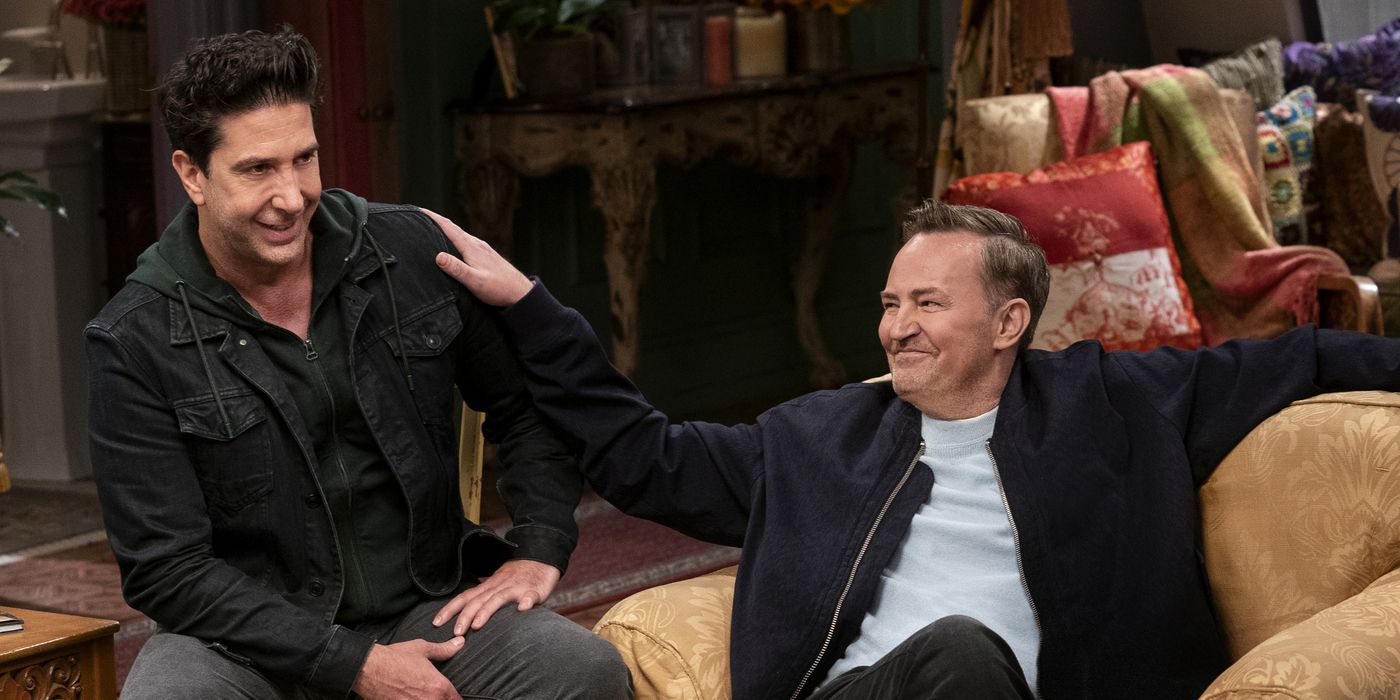 It’s a great comfort being in the company of these six again, and you really get a sense of how deep their friendships were and how they may have drifted apart in recent years but will also remain so close at the heart. It’s a cliché to say they were family, but imagine spending that much time with the same people for ten years? You’d perhaps even be closer than some families. Matt LeBlanc, definitely has a real affinity with all cast members as he is constantly reminding them of funny things they did together on set or times they shared together and while Matthew Perry was certainly the quietest at the reunion itself, save for a few Chandler-esque quips, he just genuinely seemed so happy to be with them all again.

The Friends Reunion was everything we needed at this moment in time. A reminder of carefree years. So many of us have literally grown up with Friends, have watched the episodes over and over again, to the point that we can recite the lines. It really was and remains to be a cultural phenomenon and this show was a gentle and familiar amble down memory lane. 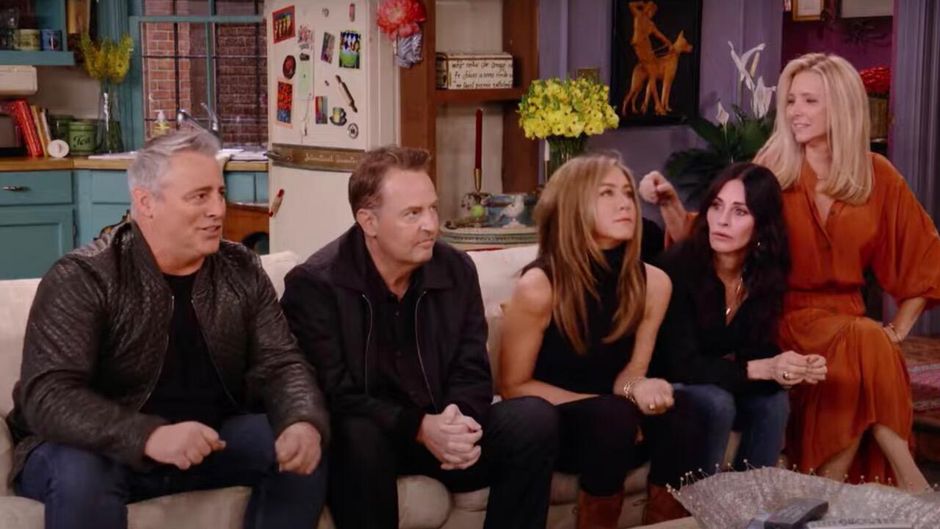 Find Friends: The Reunion on HBO Max! And find a couple of memorable snippets below: