Here we go with another peek into that ordinary motel room that reveals a whole lotta life going on within its walls. You never know what you are going to see inside. Never.

In this documentary episode, father and son artists Jimmy Ray Flynn and Gianni Arone are invited to create a work of art in Room 104, where they open up about their relationship, their creative process and Gianni’s history with addiction and mental illness. 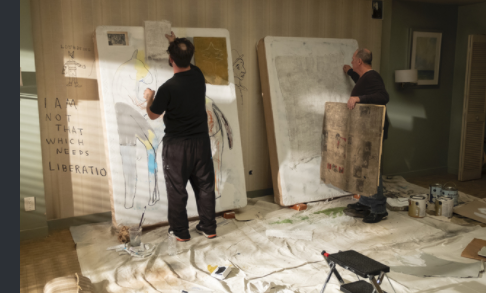 Okay, this one was surely different and a first for the series. At first, I wasn’t 100% sure what I was seeing. Marc Duplass has a writing credit for the piece and yet it appeared & stated it was a documentary. But, Room 104 is a fictional place, so did Duplass write out these characters and just use the documentary style to convey the story? No, that doesn’t fit with the fact that both Jimmy and Gianni play themselves. Hm?

Sorry, I had to hit pause to snoop around to discover that these two are legit and they are artists out of California doing the kind of artwork actually depicted in the episode. Obviously, the producers invited them to the set of ROOM 104 and let them splash color and squiggly lines across the set pieces and along the way dish about their relationship as a father (Jimmy) and son (Gianni). This makes the first non-fiction episode of the series in the fictional space. Well, they never really acknowledge that they were in a motel room, they just remark that they were in a ‘nice space- larger than they thought.’ 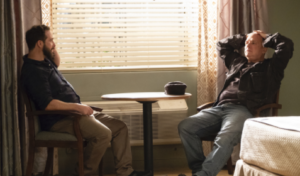 Their time in the space leaves them uprooting the box springs and baring the walls and turning it all into the canvas for their artistic expression. It wasn’t art that fit my tastes, but to each his own which is a power art holds on us; it can strike us all differently. Their artistic sense does come through in their dialogue back and forth. But the real weight of their conversation is about their relationship and how it was shattered as they talk about addiction, mental illness, fear, threat and trust. What holds them together on the other side of all that is, once again, the power of art.

In the end, with a shaping of themes from Mark Duplass, we indirectly get the significance of artistic expression and more importantly a story of two artists caught up in it to the point that it saved their relationship and Gianni’s live. At least, that is what I got out of this cinematic art piece.

An ailing man summons his estranged children to make a change to his will and ensure the line of succession for their extraordinary family business. 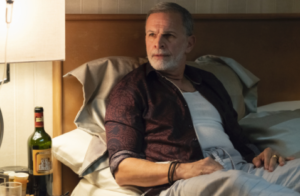 Well, this is a different family dynamic. We’ve got Bracamonte (Tony Plana) a dying man holed up in Room 104. He has medicine about and is trailing an IV bag and apparently ready to go, except for one thing – he wants to make a change to his will. He calls in a notary to the room who reluctantly meets the needs of the dying, complete with printer. Though we are no privy to the old will or the exact changes he wishes to make the clerk, Brandon played by Timm Sharp, can’t proceed without a witness to it all. Almost on cue, Dolores (Angie Cepeda) arrives. She is the daughter of the old man and she doesn’t seem too keen on dealing with the whole matter. She kind of wants it done so she can be gone.

Once the new terms are signed and done Brandon exits leaving the family alone. At this point in the story, we learn a 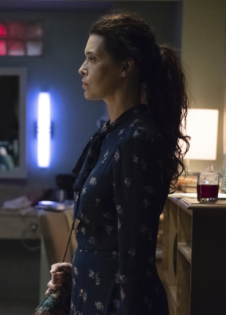 bit of the family dynamic. The real shame of this half-hour is that there is not enough time to really expand upon the family history leaving the viewer without a full story. It hurts the piece. The gist of it all boils down to the fact that Papa was a bastard and treated his children as objects or pawns and not really as loving children. He hopes to amend that perhaps by making Dolores his sole heir, thus the amendments to the will. She wants nothing to do with it or him and never did. Excluded from the gathering is Older Brother, who is just as hard or worse than his father.

Well, guess who arrives. The older sibling (Julian Acosta) caught wind of the meeting is not too happy for not being invited, but then Daddy always excluded him, to the point where Older Brother’s name is never uttered. A vicious spat ensues. At this point, I need to point out that the descriptive sentence for this episode confuses the plot. The words ‘family business’ is not accurate here, ‘family practices’ is more precise. This family is wielders of magic, another plot point not expounded on to our loss, and so that mentioned spat gets pretty intense. 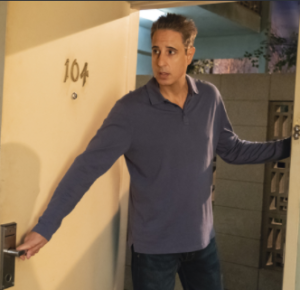 Once this is established, I knew where this was going. She has made perfectly clear she has always wanted nothing to do with the ‘practice’ because she saw how corrupted it has made her father and brother, but by episode’s end, she is forced to use it. Who stands and who falls in the end? Uh, uh uh, watch to find out in this interesting but not solid installment of Roon 104.