It is a shame John Oliver feels he has to take such a long hiatus between seasons of his Sunday night show. I mean think of what all he has missed. How about the start of the Times Up movement, wildfires, mudslides & sub-zero temperatures, “shithole” Haiti, Hawaii’s false alarm, Oprah for president and President Trump’s first year for starters? Oh, we know he will have some sort of recap of what all he has missed in his downtime, but it would have been much better if he had just been ranting along this whole time. 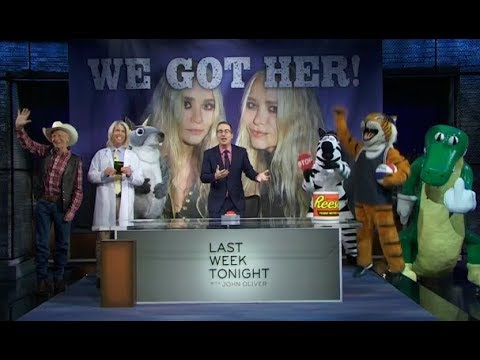 Anyway, Season Five is finally in the offing beginning SUNDAY, FEBRUARY 18. Here are the details via a press release:

Don’t forget that it is not just a show full of social and political comment on topics like gerrymandering, the French elections, the Equifax breach or the piece on coal baron Robert Murray that led to a lawsuit. It is all quite funny to boot. Just this past year we had Lord Buckethead from Britain stop by and a sit down with the Dalai Lama. Plus, there was the traffic zebras of Bolivia, John McBrayer,  Mr. Nutter Butter, the wax statue of Warren G. Harding and all the silly commercials for Trump’s eyes only and, of course, the #hashtags known to cause a ruckus. Who knows what John Oliver and company will come up with in 2018, but we can’t wait to find out. And to use their words…And Now This…