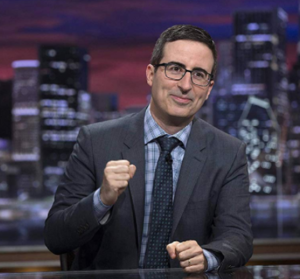 That’s right, Bill Maher and John Oliver are taking a Holiday break as they do every year at this time. REAL TIME WITH BILL MAHER’s last installment of its 17th season was on Friday, 11.15 so that’s you didn’t see him fresh and new to take on the latest impeachment insights this weekend. 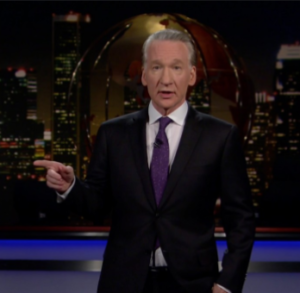 Man, he can snag the guests like no other and he will be back with more of them in 2020. The most interesting words out of Bill Maher’s mouth, as of late, was this comment on his finale –

“Lately we’ve been hearing more and more about a second civil war which sounds impossible in this modern, affluent country. It is not…when both sides believe the other guy taking over is the end of the world, yes, you can have a civil war.”

Oh, Hell, just watch it for yourself.

So, if he lessens the ‘vitriol’ in Season 18 how will that change his tone? We will have to wait to see. We will also have to wait to see what John Oliver does next with LAST WEEK TONIGHT WITH JOHN OLIVER. His show hit a pause after the 11.17 installment. Of course, his show is different; he is not heavy on guests but unpacks issues with scrutiny. In November, besides the impeachment inquiry, he looked at US voting machines & systems and how antiquated they are, the Roger Stone trial, Murray Energy’s lawsuit against the show for slander & SLAPP suits and the upcoming 2020 census. Yes, I know, if you are unfamiliar with Oliver’s style that sounds like rather dry and boring topics but it isn’t when you hear the way he explains them. The dropped lawsuit referenced above ended up being a big song & dance number that started in the studio and went out into the streets as a huge choreographed (and mostly pre-taped) spectacle.

To give you a bit of Oliver the shortest and the only legal clip we can give you is the 17-minute Census one. Watch it if you want.

Again, more from LWT in 2020 with Season 7. Which leaves me to a final thought. The news and the issues keep on churning. The President could be impeached by the time Maher & Oliver return and the dynamic will still be just as complicated then as now. And they both may lead-in with what went down since they were on last. So, it will indeed be interesting to see what both shows will offer when they return in 2020. We look forward to it, do you?