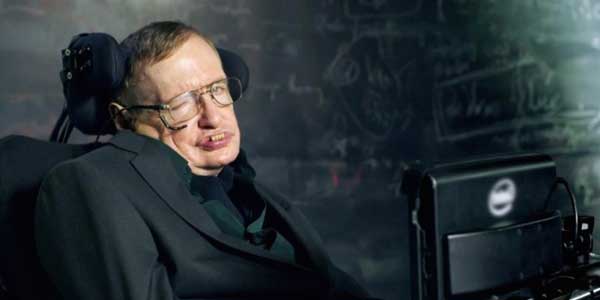 John Oliver has been in the driver’s seat of his new HBO show for almost two months now and all signs point to a successful launch of Last Week Tonight. Ratings have held steady around one million viewers each week, which is about right for his 11PM time slot on HBO’s air.

This week though, fans of the sciences will appreciate Sunday’s guest: cosmologist, author and revered scientist Stephen Hawking will be on the program!

No word on what he’ll be doing, whether it’s a skit, gag or an actual interview but we’re hoping for a bit of substance from the visit at some point.

Last Week Tonight with John Oliver airs a little later on Sunday night this week due to the extended finale episode of Game of Thrones that same night.

Tune in to HBO at 11:30 to catch Mr. Hawking or catch it online on Monday.

Oh, and check out this latest tweet from John:

Sneak peak at our guest this Sunday on @LastWeekTonight…. pic.twitter.com/gxY1qWoraE