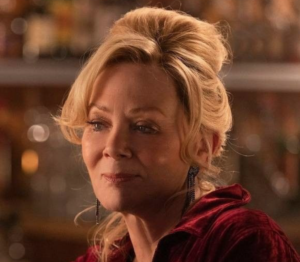 They are on the road and rolling a game of celebrity. My mom and I would totally kick ass at this. We used to play Six Degrees of Kevin Bacon on road trips except instead of Kevin Bacon, we would just pick two celebrities and see who could connect them through films in the shortest chain. Ava’s (Hannah Einbinder) a bit of a sore loser which isn’t surprising in the least. Deb (Jean Smart) is making sure to take her medications and she has quite a talent for swallowing them back. The snake line was hilarious as was Ava’s subsequent choking. However, the good times die quickly when Deb learns her signature fragrance will no longer be produced. It’s go time to the mall! I had a dream similar to Ava’s comment about living in the mall. Didn’t dream the “Home Alone meets late stage Capitalism” line though. That one got me. 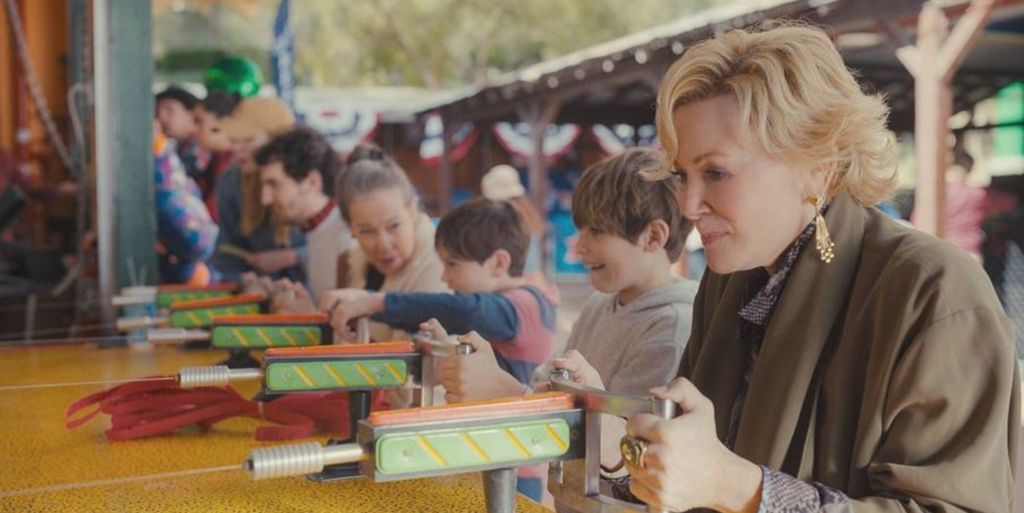 They do run into an old pal of Deb’s, Susan (Harriet Sansom Harris). She was in comedy too and before she could make it, Deb secretly screwed her over and Susan left comedy. However, seeing as Susan never learned this, it’s all pleasant and amiable…for now. Deb wants to make things up in her own way and invites her to bring the family to the show. However, once the day arrives Deb finds it hard to leave old competitions in the past. She does come clean and Susan takes it in stride. The truth is it wouldn’t have changed anything. Susan had just learned she was cooking a bun in her oven and seeing Deb’s relationship with DJ (Kaitlin Olson) she wanted better. I mean, Deb couldn’t even remember her child’s injury. And Susan told everyone Deb blew a judge so it all evened out.

Back in L.A., Jimmy (Paul W. Downs) has come to the office on the weekend to get work done. Kayla (Megan Stalter) has tagged along and is trying to boost his spirits. It was pretty refreshing. She’s still her usual hilarious, crazy self but something was different and things seem to potentially be improving between them. For Jimmy’s sake, cuts and blood aside, I hope things continue this way. It’ll certainly make the work environment more pleasant if you don’t hate your assistant. 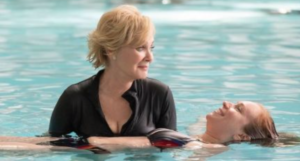 But at the fair, it becomes a competition for stage time and who doesn’t love baby animals? Fresh out the snatch, less so for me but baby cows are still cute. And Deb is frustrated. Something is just off and it’s infuriating her. She eventually confides in Ava and encourages her learning to swim. What’s really refreshing about their dynamic is that they clearly have no qualms about speaking to each other about anything in any fashion, but they’re both getting a chance at a mother-daughter relationship again. Deb gets to mother hen Ava and encourage her learning. Even if she’s also suing her. Violation of contract is violation of contract, okay? But Ava also gets a mother she can open to and be honest about certain things. Deb isn’t afraid to talk about the hard stuff and Ava needed that.

However, frustrations are continuing for Deb and she still isn’t vibing the act completely. Ava suggests perhaps they’re all working too hard. Deb knows what or rather who she needs. I wondered if it was going to be who I thought and I was thrilled I was correct. The amazing Kiki (Poppy Liu) returns to help Deb get her old rhythm back. And some new rhythm; she’s quite a wing woman. They’re at a show and Deb even gets to see one of her old stalkers. Though he’s not impressed. Ouch.

Surprise! Ava’s mom Nina (Jane Adams) is here! It’s awkward of course but so is finding out she joined an MLM. Been there, got suckered into that. Twice. Though the second time was just to use the weight loss products. Incidentally what actually got me skinny was watching calories and working out. Kiki slays her wing woman status and not only encourages Ava to mend things with her mom, she also gets Deb on that shaggin’ wagon! All hail, Kiki! Deb splits and gets some attention from a guy (Devon Sawa) who has no clue who she is. One of his roommates certainly did though. It’s no walk of shame, Deb. Own it, girl! You got laid! 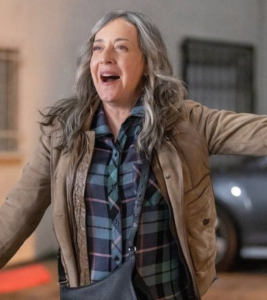 For Ava, she’s tucking her drunk mother in with Pretty Woman and promising pancake breakfast in the morning. But it doesn’t quite work out that way and in what seems Ava fashion it slippery slopes into more shit. Look, your relationship will never be perfect. It won’t be what you have with Deb. But it can be better if you both can work on it together. As with any relationship. Even without the show notebook, Deb figures out the missing ingredient. She needed to balance the truth of the bad things that have happened to her with the truth of who she really is. Showcase who? No, she’s going straight to the networks.