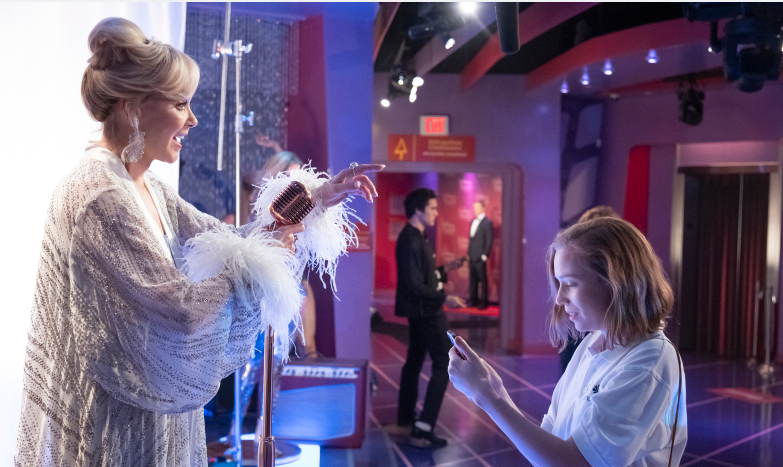 We come to the midpoint of the season with Deb (Jean Smart) continuing her series of jokes in her stand-up. Even I got a little exhausted hearing and seeing it, so can’t imagine it’s super fulfilling for Deb to say the same jokes every night. Don’t you mix it up? Or do you literally tell the same jokes every time for the whole set? Because that’s what it seems and that seems so boring. Saying the same jokes 1,000 times doesn’t seem like something a comedienne would be proud of, but her house and private jet speak otherwise.  Seems like maybe she is content to continue doing just that if she can keep her dates.

Meanwhile, Ava (Hannah Einbinder) is living in the hotel and dealing with staff. She needs her TV fixed and they aren’t rushing to make it happen. She mentions 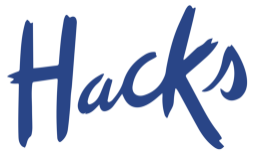 she’s been downstairs to complain about it and honestly, no wonder the dude behind the counter needed a break. Unfortunately for Ava, the entire hotel can’t come to standstill to fix her TV issue. Hey, you have a laptop, you’ll be fine, big girl.  She runs into old acquaintances from LA and holy sh*t, that’s such tense exchange. Did y’all even like each other before? Oh…no. Okay, that makes much more sense. They say she was a bish before she even got cast out. She’s an a**hole opportunist looking for whatever will get her back to LA. Even Ava acknowledges this to herself. But I have to admit, the chair joke was funny and those bishes should have laughed. She meets a cute guy George (Jeff Ward) and he encourages her to live it up. “I don’t really have friends, George. And I think that’s, like, a huge red flag about me as a human being.” Screw them, be you and be happy is what he says. So they do some drugs and lose some money and win some money.  It’s like a fresh start but with like, a lot of drugs. Unfortunately for Ava, some things are about to come to head with Deb in an ugly fashion. 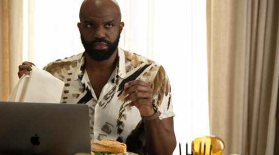 wives in order to blow off a QVC deal. Well, one step forward, two steps back right? Marcus (Carl Clemons-Hopkins, pictured) is not happy. He’s trying to set up a future for her where she doesn’t have to worry about dates. The problem is that at the very bottom of it she’s a comedienne and none of the other stuff matters to her except being able to do stand-up because stand-up saved her life, but more on that later. Drunk Deb meets High Ava and words are thrown. Neither woman is feeling the best right now and it shows. Deb gets at Ava earlier in the episode about being elitist, looking down on “Panera people.” Excuse me bish, have you had the broccoli cheddar bread bowl? I don’t want to hear sh*t about the people who eat at Panera cause that sh*t’s delicious. They spit some barbs and go separate ways. To cheer Ava up, George gives her his last $100 and she wins.  She’s spurred on by him and leaves a not-so-nice message for Deb quitting.  She feels so alive and how rewarding?! Until the next morning and the dead body in the parking lot. Turns out random guys with lots of money in Vegas might be a**holes themselves. Poor Ava, that’s gotta hurt. But Deb’s gonna make it up to you by taking you on the retreat instead of Marcus. Yay!  Oh except, it’s not a retreat. Deb’s getting work done and you’ve gotta make sure she doesn’t die.  Also, you quit so better do something about that too.

When Ava shows up at Deb’s, no indication about the message is given. Guess Deb was about as effed up as you were last night, Ava. So now Ava is on the task to delete her message and start fresh. Well, Ava, maybe this is part of why you suck and people don’t like you. Instead of just coming clean with Deb and admitting, “Hey, I took a lot of drugs and got some super bad advice from a guy who turned out to be kind of sh*thead and I’m SORRY and I MESSED UP.” Boom, done. Because guess what? I don’t think Deb would give a rip. In fact, I think she’d find it funny. But you having to trek to a wax museum to hack her phone to delete the message? That’s the kind of hack you are and I think if/when Deb finds out she’s gonna be pissed. But we do learn a very valuable piece of information seeing her with Deb’s phone. Deb’s sister Kathy has been spamming her with calls. Perhaps something happened, or perhaps she’s been doing this for years trying to mend things with her sister. In either case, I hope we get to see Deb and Kathy interact at some point this season. 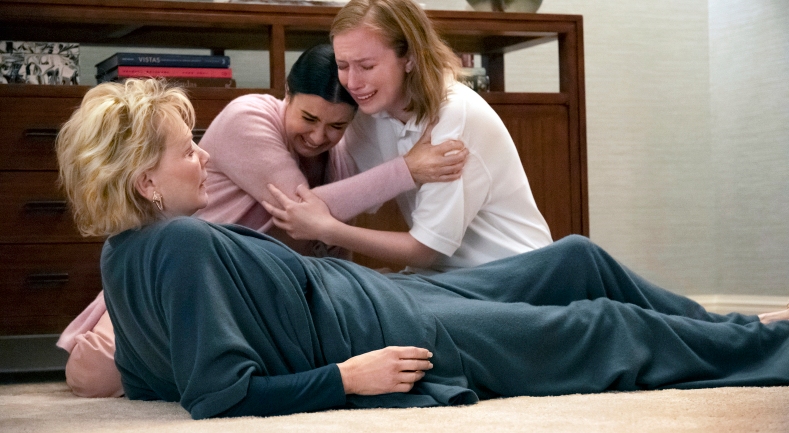 But as Ava manages to deal with a healing Deb, we see them bond. Weed edibles are a great place to start. So is learning the truth about who Deb is as a person and what’s she’s been through. “And I realized people would rather laugh at me than believe me.” That line absolutely pierced me. After her husband’s jealousy imploded their lives, she started over and stand-up is what got her where she needed to be. They even pull a prank on the annoying nurse Perla who is probably not that bad but has to deal with Deb when she comes around so that’s trying on anyone. But it’s the medical emergency for real when we see how much these two have actually bonded. 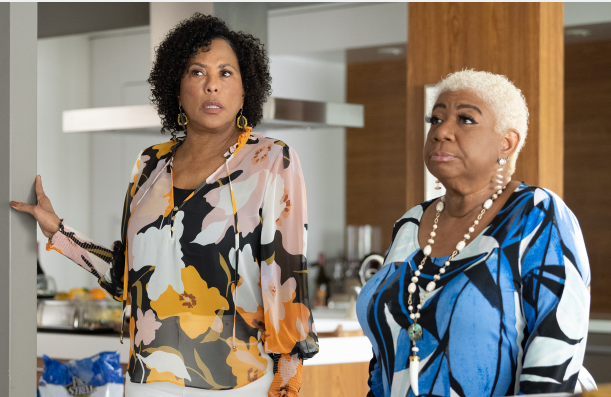 But while all that is going down, the far more sexy storyline is taking place back at Deb’s. When Marcus gets tossed for Ava, he stays at Deb’s since his mom and auntie already co-opted his place for a pet-friendly party. I think I need a whole separate series about these two and their parties because if they can get parties banned from their apartment building then that’s a party I gotta go to! Anyway, back to Marcus; once he’s tipsy and scrolling dating apps is when the real fun begins. The whole interaction with the water guy was not surprising but I really appreciated that they went so far as to confirm Marcus called pretending to be someone else to complain about water usage. Chessica is officially my next dog name and I can’t wait to see where the last four episodes will take us. I’d love more seasons though to my knowledge nothing has been confirmed. At this point with as much as she’s rocking HBO content, Jean Smart should have whatever show she wants on the air for as long as she wants to act in it. And that’s my say on the matter.