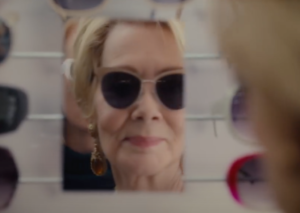 Did you enjoy the biting wit and slightly toxic female mentorship from Hacks? Well, congrats. I’m thrilled to announce the second season will officially debut Thursday, May 2nd, premiering with two episodes. The eight episode season will release two new episodes a week, concluding June 2nd. The plot will follow the infamous Deborah Vance (Jean Smart) and her mentee Ava (Hannah Einbinder) as they travel around the country, honing Deb’s new comedy tour.

Cast wise, we’ll see our favorite two leading ladies back as well as Kaitlin Olson as Deb’s daughter, Christopher McDonald as Deb’s former boss/possible romantic interest, and Poppy Liu, our favorite dealer. New faces we’ll see this season include some steamy hot names and whew, baby, I cannot wait. As we’ve previously reported, Laurie Metcalf, Martha Kelly, and Ming-na Wen will all be joining as recurring guest stars. Guest stars for a single episode include the hilarious Margaret Cho and Devon Sawa. With those names, how can we not expect some amazing things to happen? 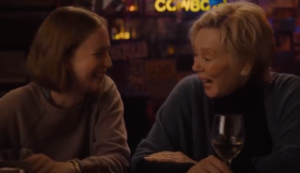 Road trips are prime real estate for crazy, weird shit to happen and knowing Deb Vance is on board means all sorts of shit could go down. If making Ava blackmail over a vase is the tip of the iceberg, then a road trip will certainly offer insanity. But also this frenemy/mentorship is a strange beast so who knows how these women will do together in close quarters over the long-term. We’ve seen Deb go darkside so we know she’s capable of anything. But Ava is too. We saw her do some pretty crazy shit last season, so if anyone is able to keep up with Deb on the crazy train it’s her. As much as Ava’s hated where she ended up, it honestly seems like it was where she was meant to be. Tagging along behind Deb learning the finer ways of fucking with people. Jean Smart is a vision in this show and I cannot wait to see what happens next.