I don’t know if you watched Season One of QUARRY on Cinemax, but it will be your last one. Series co-creator Michael D. Fuller made a rather lengthy announcement explaining the kibosh. Here it a good portion of it: 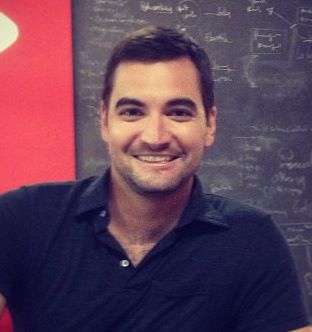 “And so, after a protracted and agonizing process, we have final confirmation that Quarry will not be returning to television. There were several factors that contributed to the show’s ultimate fate, but a regime change at HBO and a re-(re?)-branding at Cinemax were of particular significance; we attempted to find another home for the show but were unable to do so. By virtually every metric (ratings, critical response) the show succeeded in all the ways a show needs to for a second season, but, as the erstwhile Head Ball Coach of my beloved Gamecocks was fond of saying, “it is what it is”. TV’s tough and life is tougher, and like the titular character of the show, the series itself was ultimately the victim of a system that is relentlessly unforgiving.”

He even went on to say how Season two would have played out.

“At the risk of sounding like I’m recording my Dashboard Confessional cover album, I’m gripped w/ a tremendous sense of sadness. Sad that we don’t get to keep telling the stories of Mac and Joni, of Buddy and Naomi (All Damon Herriman and Ann Dowd everything), of Ruth, Marcus, Little Lou, Karl, Moses, The Broker, and all the other characters so vividly and beautifully brought to life by our transcendent cast. (Season 2 was going to be set in 1973 and see Mac fully immersed in The Broker’s network, the arrival of Mac and Arthur’s war buddy Hall Prewitt and the trouble coming w/ him, Buddy asserting his individuality, all w/ the specter of Watergate looming. 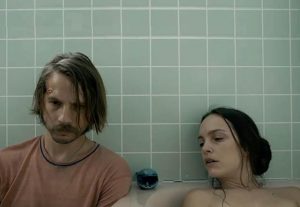 We actually wrote the entire second season, 6 episodes, before receiving word that Cinemax was going in a different direction w/ their branding and content. Since we didn’t get a Season 2, let’s just speculate as to if Mac actually made it to the other side of the river.) It’s a sadness I will carry w/ me for the rest of my life, but there’s a tremendous measure of solace in the fact that I had the opportunity to work w/ some of the most immeasurably talented people in the world on something we all believed in and deeply, abidingly cared about. A Memphis-BBQ-platter sized thanks is due to our wonderful cast and crew who made our writing better than it had any business being, and to Max Allan Collins himself, who trusted us w/ a character he’s lived w/ for 40 years: thank you, sir. I hope we didn’t mess it up too badly.”

So HBO is so deadlocked into having only Sunday night series that it couldn’t have taken on QUARRY? Sometimes I truly don’t get HBO’s business model. But as stated above “It is what it is.” Sorry QUARRY fans!