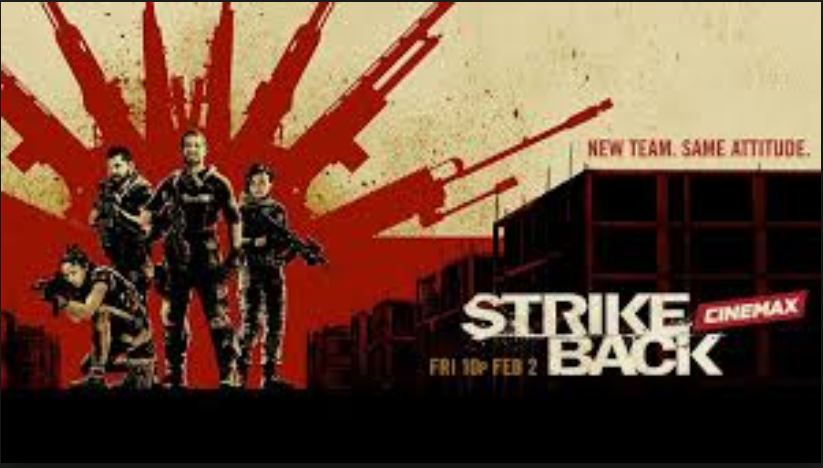 Here straight from a press release is news of CINEMAX’s relaunch of STRIKE BACK.

When fanatical terrorist Omair Idrisi escapes from Syrian authorities with plans to launch an unprecedented attack that could change the face of modern warfare, the ensuing manhunt can only be entrusted to counterterrorism’s best and brightest. Enter Section 20 — the elite, multinational, covert special ops team tasked with tracking down Idrisi and his British co-conspirator wife, Jane Lowry. Their action-packed manhunt will take the unit across North Africa, the Middle East and Europe, from glitterati soirees to underworld cage fights, as they uncover and attempt to dismantle a vast global web of interconnected criminal and terrorist activity. 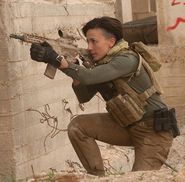 Lance Corporal Gracie Novin (Alin Sumarwata) is a crack shot and ready-for-anything gearhead who is looking to make the step up. Genuine and honest to the point of bluntness, she’s the heart and soul of the team. 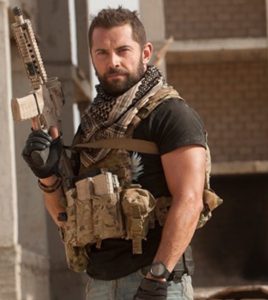 Sergeant Samuel Wyatt (Daniel MacPherson) is a barroom philosopher who works best alone. Having been burned in the past, Wyatt has no intention of being dragged into a team situation. But what he wants and what he gets are rarely the same thing. 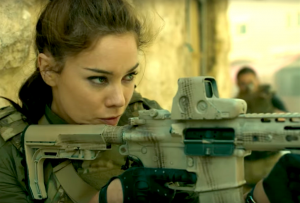 Captain Natalie Reynolds (Roxanne McKee) comes from a military family, and excels at psychological profiling and identifying weaknesses in others, although she may be blind to her own faults. 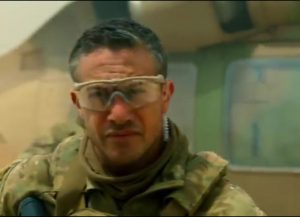 Sergeant Thomas “Mac” McAllister (Warren Brown) is a man of his word, physically capable and driven by a desire to avenge the team he’s lost. He’s easygoing, affable and utterly deadly.

In Ajir, Libya, Section 20 endures a gauntlet of gunfire and an urban ambush to extract Morgan Ives (Trevor Eve), the unscrupulous American arms dealer who was double-crossed by Idrisi (Don Hany). Driving through hostile terrain, the team is forced to seek medical treatment at a Libyan nationalist compound presided over by General Farid (Selva Rasalingam), who has bad memories of both Mac (Warren Brown) and Wyatt (Daniel MacPherson). Eventually engaging Idrisi and his henchmen in a remote bunker, S20 finds its conventional firefight trumped by an imminent air strike ordered by Wyatt’s C.O., Colonel Parker (Corey Johnson). And thus, the mission begins!

Check What’s On for more episode details. The production listing for STRIKE BACK is a bit confusing because it is a joint event between the U. K.’s Sky and Cinemax. Cinemax did not pick up the series until its second season and has shown seasons 2-5. So some places might list this reboot as Season 6. Don’t be confused just dive into the mission and get your socks blown off by all the firepower this series packs. If you’ve got MAXGo then you can stream the entire run of STRIKE BACK.