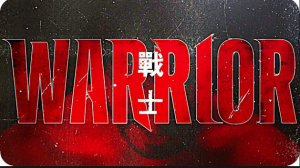 WarnerMedia has announced that WARRIOR has not given up the fight and will return for a third season, but not on Cinemax. It will be added to HBO Max.

Here are some details straight from a press release:

The drama series WARRIOR will come to HBO Max for its third season, it was announced by Casey Bloys, Chief Content Officer, HBO and HBO Max.

It appears that one factor in bringing back WARRIOR for another go and moving it to the more high-profile HBO Max is the surge in Asian hate crimes that have surfaced. Shannon Lee chatted with the site Inverse on that matter and more as it relates to the show conceived by her late, and revered, father Bruce Lee. Joining her was executive producer Jonathan Tropper. Find the full interview at Inverse.

Upon the series return, Lee says, “I feel elated.” It feels like a confluence of purpose, of timing, and coming together. It feels like what should be. I’m excited to put our voice back into the middle of things happening right now.”

INVERSE:…the pandemic inspired a spike in violence against the Asian community. Was the decision to renew Warrior informed by the show’s topical setting? 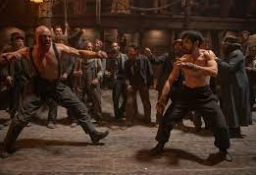 SHANNON LEE: I don’t think there’s any one factor, but it was part of the equation. It wasn’t like we planned to tackle these issues other than history tends to repeat itself. What’s going on in the world right now, those things did shine a light on how relevant our show is.

JONATHAN TROPPER: I have not asked. I don’t look a gift horse in the mouth. But whether they consciously discuss the social and cultural implications, I think there has to be an underlying understanding this is a show that really meets the moment. Whether that’s discussed around a table I don’t get invited to, the fact is you can’t ignore it. You can’t believe it’s not in the consciousness of people making decisions.

INVERSE: What can you reveal about the story for Warrior Season 3?

JONATHAN TROPPER: I don’t want to say anything that turns out to be not what we do. But the goal is to continue exploring themes we have been exploring, with the country’s disposition towards the newest wave of immigrants. [We will] go into the halls of government and start clarifying how immigrants end up pitted against each other in the system. But in terms of the Hop Wei and the Long Zhi, we need to get our heads wrapped around that.

I refer to Season 2 as The Empire Strikes Back. Not that we want a trilogy, but we left things dangling: The troubled relationship between Ah Sahm and Young Jun, a new direction with Mai Ling. We’re seeing an evolution of Ah Sahm’s towards his responsibility to his fellow immigrants. We want to evolve everybody and light matches in the appropriate places.

JONATHAN TROPPER: Way too much work to pull this all back together for one season.

They say they hope to see the show before us in 2023. In the meantime head over to the streaming site of choice, HBO Max, HBO or Cinemax to catch up on Season One & Two. WARRIOR will be back.