So, we all know there have been some big developments & changes when AT&T took the lead from Warner Bros. regarding all of Warner’s assets. As a result, HBO Max was created (more on that in a future post) and HBOGo was shuttered. But that leads us to wonder about HBO’s sister channel CINEMAX. 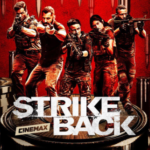 We are actually quite surprised that it still exists. CINEMAX began on August 01, 1980 and offers the following linear channels: Cinemax East, Cinemax West, MoreMax, ActionMax, ThrillerMax, MovieMax, 5StarMax OuterMax and Cinemax International, thus becoming a huge repository of theatrical content. Plus, along the way, a handful of original series has graced its screen like THE KNICK, BANSHEE and MIKE JUDGE PRESENTS: TALES FROM THE TOUR BUS. Since the channel sits with that bulky library of titles, we thought for sure that it would get absorbed by HBO Max and shuttered first instead of HBOGo. So far, that has not been the case. So, far it doesn’t even acknowledge its existence. It doesn’t even offer any of CINEMAX’s original series on the site. As a side note, HBO at least had THE KNICK and STRIKE BAXJ on its streaming site but are now gone also. You want to watch CINEMAX 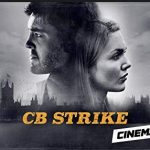 content you have to go to CINEMAX to get it.

What is with the Original Series content anyway? It was announced that the channel was going to cease production with RELLIK and that the final season of STRIKE BACK would be the last show, but Bruce Lee’s WARRIOR was promised a second season (and is indeed on the slate for October 2020) and then 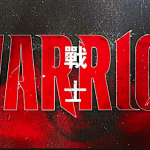 TRACKERS from South Africa arrived and Carla Gugino and J. K. Rowling still were ready for more JETT and COMORAN STRIKE, respectively. So, is there original work or not? And if not, why can’t the Original Series that it generated be viewable on another WarnerMedia outlet.?

Okay, the little rant is over. It just doesn’t make sense to ignore CINEMAX. We are not out to see its demise but, to ignore it doesn’t make business sense. Perhaps, but is it to be sold off once the obligation of pending series is over with? WarnerMedia has mentioned a debt it would like to shrink. But, again, HBOMax is looking for content to compete with Netflix and the like.  I guess we should just scratch our heads and wait to see what happens.  What do you think? We’d love to hear your thoughts and/or your love for CINEMAX.