Cinemax still has been churning out movies every night of the week but grew a bit quiet after they canceled QUARRY after one season and promised a return of both STRIKE BACK and OUTCAST that never came. Well, they will return in 2018 and Cinemax is excited about and hope subscribers are also. And they are not the only projects forthcoming.

“We are very excited to present a slate that moves CINEMAX back in the direction of fun, often adrenalized, and always entertaining series,” says “We have strategically seized upon co-production opportunities that allow us to maximize the impact and production value of these shows for our viewers.”

It all begins on FRIDAY, FEBRUARY 02, 2018 with the reboot of STRIKE BACK.

It returns for a ten-episode fifth season of high-intensity action, introducing new members of Section 20. Disavowed and disbanded, the unit is restored to track down a notorious terrorist after a brutal prison break. Tasked with covert military intelligence and high-risk operations, the resurrected Section 20 embarks on a lethal manhunt that will uncover a vast web of interconnected criminal activity. As the team journeys across the Middle East and Europe, it uncovers a deadly conspiracy that threatens to change the face of modern warfare forever. Warren Brown (Luther, The Dark Knight Rises), Daniel MacPherson (Infini), Roxanne McKee (HBO’s GAME OF THRONES; Crossfire) and Alin Sumarwata (Burning Man) star. MJ Bassett returns to executive produce and direct.

Those in the know remember that the missions we saw in the first four seasons were led by Philip Winchester Sullivan Stapleton. It was only after the show was canceled that Cinemax realized that the action-packed STRIKE BACK was exactly the image they wanted to push, so the show returns in 2018.

The thrills continue on APRIL, 13 2018 with the debut of RELLIK. 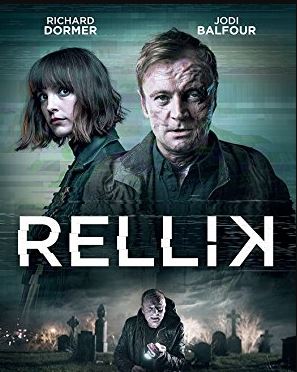 RELLIK, an original six-part thriller, stars Richard Dormer (HBO’s GAME OF THRONES) as Gabriel, an obsessive and disfigured UK police detective, and Jodi Balfour (CINEMAX’s “QUARRY) as Elaine, his bright and intense partner. Focusing on a serial killer, the story begins with the capture of the suspect and moves backward in time to the crime itself. Obsessed with his hunt for the killer, Gabriel’s story becomes intrinsically bound to that of his suspect, asking the question, “What are the experiences that forge the people we all become?” Four episodes are directed by Sam Miller, and two by Hans Herbots.

The series is a joint production with the BBC and has already begun on BBC One. So, here is our first look at a trailer from the airing across the pond. Remember, this is a series that shows a criminal case that starts at the end and plays backward, thus RELLIK backward is KILLER!

Now here is a twist that ends in Cinemax’s favor. After the success of THE CASUAL VACANCY on HBO, we were under the understanding that the network was continuing the relationship with CORMORAN STRIKE coming next. Well, Cinemax has now snagged the project and it is coming in the upcoming year. 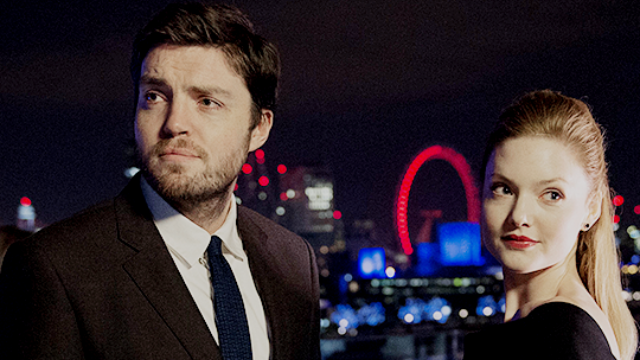 It is a dramatic series based on the best-selling crime novels written by Harry Potter creator J.K. Rowling under the pseudonym Robert Galbraith. Starring Tom Burke (Only God Forgives), the story centers on Strike, a war veteran turned private detective, operating out of a tiny office in London’s Denmark Street. Although wounded both physically and psychologically, Strike’s unique insight and his background as a military police investigator prove crucial in solving three complex cases that have baffled the police. The series launches with three one-hour episodes based on the first book in the trilogy, “The Cuckoo’s Calling” (directed by Michael Keillor), followed by adaptations of the remaining two books, “The Silkworm” (directed by Kieron Hawkes) and “Career of Evil” (directed by Charles Sturridge), both of which will consist of two one-hour episodes.

As we have reported this production is another of those joint ventures with the BBC, so we get to see a trailer as it has aired in the U. K. already.

It has already been a long wait for Cinemax’s suspense series to return for a sophomore season. Fans will still have a while to wait, but at least they know OUTCAST is coming back. 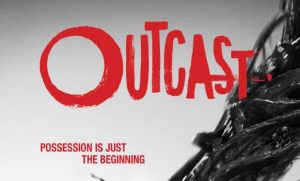 OUTCAST continues the suspenseful mystery of what lies behind the town of Rome’s supernatural manifestations in the second season of the Skybound/Image comic title by Robert Kirkman and artist Paul Azaceta. Patrick Fugit (Gone Girl, HBO’s CINEMA VERITE) stars as Kyle Barnes, a young man who has been plagued by demonic possession all his life. Now, with the help of Reverend Anderson, played by Philip Glenister (Kingdom of Heaven), a preacher who believes he is a soldier in God’s holy war against the forces of evil, Kyle struggles to protect those he holds most dear, now that otherworldly threats prove greater than anticipated. His struggle will grow into a fight for all of his hometown, as he discovers the haunting secrets of his own past.

The series dropped a Season 2 tease a year ago in October 0f ’16 at the New York Comic-Con. Take a look.

Do you get Cinemax in a bundle with your HBO? Do you utilize MaxGo to watch anywhere? Or perhaps you are just going to hold out in hopes that HBO cross-promotes content like it did with THE KNICK? Well, however, you watch you are about to get ramped up for more action in 2018. MORE MAX is on the way!