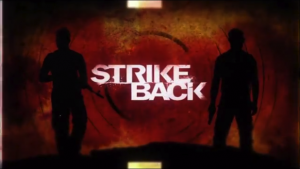 Cinemax’s STRIKE BACK, the military action series about the elite British intelligence undercover unit Section 20, concluded its fourth and final season on 10.09.15. But, the series has now turned around for a reboot. The old squad is out and a new team is assembled for a Season 5.

The new version will star Alin Sumarwata, Daniel MacPherson, Roxanne McKee and Warren Brown.  According to Variety STRIKE BACK’s relaunch, which will film in 2017, centers around the Section program that is restored, in order to track down a notorious terrorist following a brutal prison break. Tasked with covert military intelligence and high-risk operations, the resurrected unit embarks on a lethal manhunt that will uncover a vast web of interconnected criminal activity. As the team journey across the Middle East and Europe, they uncover a deadly conspiracy which threatens to overwhelm them all and change the face of modern warfare forever.

Sumarwata will play Gracie Novin, a gear-head who is looking to make the step up; Macpherson will play Samuel Wyatt, a bar-room philosopher who works best alone and has no intention of being dragged into a team situation; McKee will play Natalie Roberts, who comes from a military family, excels at psychological profiles and seeking weaknesses in others, although she might be blinded to her own fault-lines; Brown will play Daniel “Mac” Macallister, a man of his word, physically capable, driven by a desire to avenge the team he’s lost. 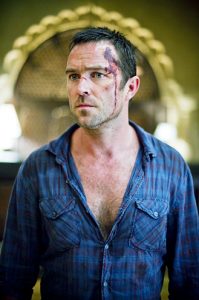 If you recall at the end of Season 4 Sullivan Stapelton’s character (Damian Scott), after get pretty roughed up on Section 20’s last mission, went into retirement. You may also recall that this season was delayed due to a head injury Stapelton accrued offset. Perhaps the actor since learned of his mortality and opted not to renew his contract, thus killing the show?

Wanting to get back into the action series game Cinemax put the return of the series into play with Jack Lothian (Shameless and Doc Martin) serving as writer and showrunner. The revamped Section 20 should return to Cinemax in 2018.